Truck Car for sale by Harwood Motors in Macedonia, Ohio 44056 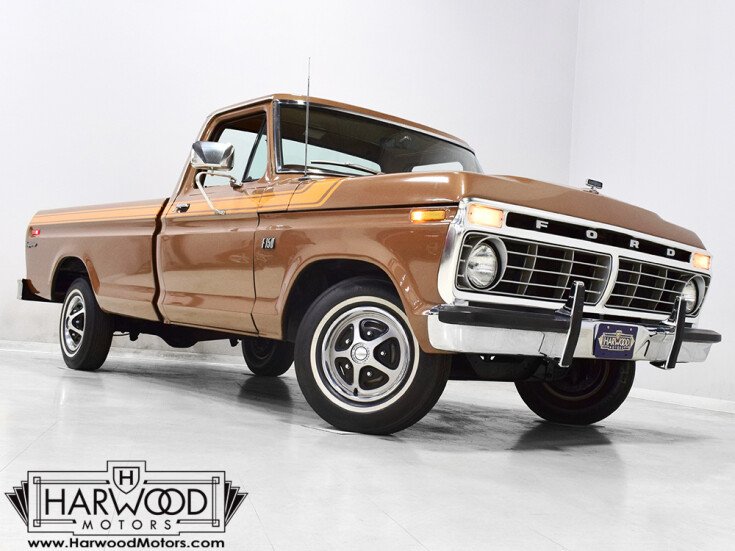 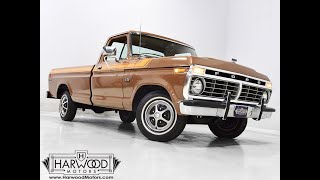 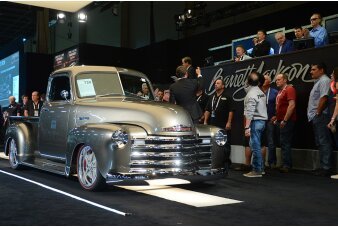 12,590 original miles. Awesome preservation, everything works, exceptionally authentic throughout. Runs and drives like new. A fantastic survivor that shows us what 1975 was really like. Ready for preservation class judging.

This handsome Ginger Metallic F150 was originally purchased by the Stetson company (you know, the guys who make those awesome hats) for advertising and promotion. It was actually for Stetson cologne, but that’s beside the point. They used it in some capacity for a few years, then stashed it away in a warehouse for a few more years until it was sold unceremoniously when the building in which it was being stored was sold. Two subsequent owners realized they had something interesting, so they didn’t drive it much and pretty much preserved it in its natural state for about 40 years. Sometime in the ‘90s, someone added an upgraded stereo and the most recent owner added a new dual exhaust system in anticipation of driving it, but he ultimately realized that the most amazing thing about this truck was its preservation.

That is unquestionably factory-applied Medium Ginger Metallic paint, showing what OEM finishes looked like in the ‘70s. It does have a nice, soft shine that you probably couldn’t replicate today using modern finishes, and our paint thickness meter shows 3-5 mils throughout, so it’s unquestionably factory paint. The orange stripes—more ‘70s awesomeness—are also apparently factory-applied, although they’re decals so you can remove them or replace them as you like. Chrome, stainless, and other brightwork remains excellent and even the bed is virtually unmarked, because, of course, it never had to work a day in its life (a brand new drop-in bedliner is included with the truck).

The interior should tell you all you need to know about the veracity of the mileage claims. It’s pretty much as-new throughout. Tan seat covers are unmarked, door panels aren’t cracked or delaminating, floor coverings are bright and well-detailed, and just look at those gauges! There’s zero wear on the brake and accelerator pedals, which is a tell-tale sign of high mileage, and even the steering wheel doesn’t have any cracks or splits in the 45-year-old plastic rim. Everything works, the dash lights are bright, and all the controls have that crisp, precise feeling that new stuff has but eventually loses. The aforementioned upgraded stereo head unit works properly, but if this were mine to keep, I’d find an original AM radio and stick it back in there. Heck, just look at how supple and clean the seat belts are!

The engine is a truck-only 360 cubic inch V8 with a 2-barrel carburetor, denoted by a Y as the 4th digit of the VIN. Based on the FE series of engines, it makes respectable numbers: 196 horsepower and 327 pounds of torque. In the relatively lightweight F150, performance is lively and that new dual exhaust system might add a few horsepower. More significant than the performance, however, is the incredible factory detail—check out the original Ford Blue engine enamel, assembly markings, decals, and even the original cosmoline on the inner fenders. Even the little stuff is right, including hose clamps, wiring, and even the original jack assembly clamped to the inner fender. Power steering and power brakes make it easy to handle and were probably standard equipment by 1975, and it has been recently serviced with new ignition components.

The undercarriage offers a light dusting of undercoating that was probably applied by the dealer back in 1975, but nothing is hidden. Cab corners, inner rockers, the areas inside the bed sides, all completely solid and rust-free. Ford’s C6 3-speed automatic transmission is pretty much indestructible, as is the 9-inch rear end, which is full of 3.00 gears, making this F150 a very easy cruiser. The twin I-beam front suspension was a Ford trademark for decades and appears to still have its original shocks and by 1975, front disc brakes were standard equipment. That new dual exhaust system has a nice, mellow tone, and it’s quite likely that is the original spare tire hanging out back. Factory steel wheels and OEM hubcaps that do a decent impersonation of Magnum 500 wheels are wrapped in what are quite likely the original H78-15 Firestone whitewall tires.

Vehicles like this are invaluable to future collectors and restorers, showing everyone exactly how the cars and trucks of the past were actually finished. This awesome F150 is a shoo-in for preservation class judging and for Ford fans this a rare find. For a trip back in time to see how things really were, nothing beats a low-mileage original truck just like this. Call today! 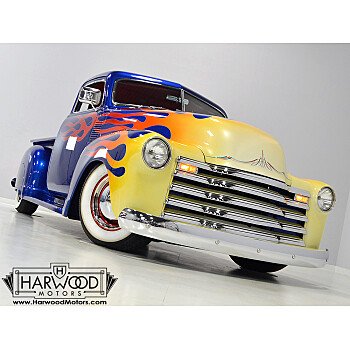 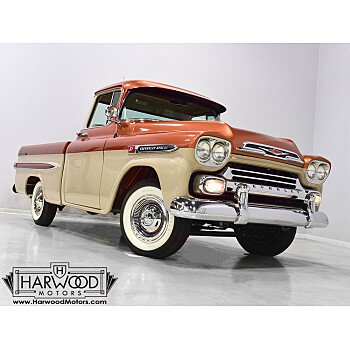