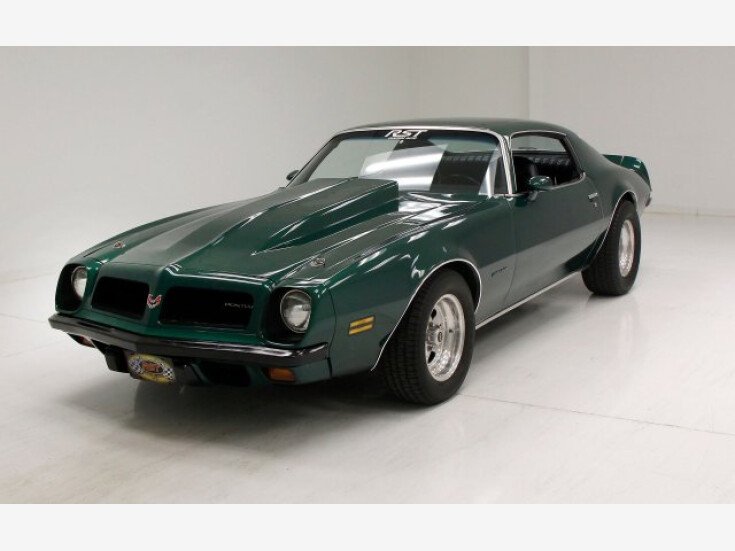 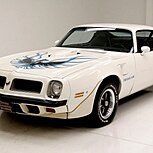 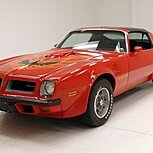 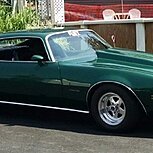 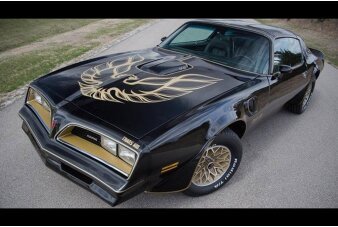 1974 Pontiac Firebird Formula 455 The king of Pontiac didnt want a Firebird. Not at first, anyway. No, John DeLorean, who had recently given the world the GTO, thought Pontiac should follow up with a right and proper sports car, a two-seater called the Banshee. The brass at GM said no, repeatedly, no doubt because they wanted to protect the Corvette. Turns out the suits upstairs were right. GM needed something to compete against the incredibly popular Ford Mustang and wanted Pontiac to offer a version of the Chevrolet Camaro for a synchronized launch as new models in 1967. DeLorean eventually gave in but took so long to come around that he asked for an extra six months to create a real Pontiac on the F-car platform. For consignment a 1974 Firebird which could pose as a powerful commuter or a street racer. With a large scooped hood, a custom built 455ci V8, racing belts on the upfront seating, and some snazzy Weld aluminum wheels, we are ready to go...FAST! Exterior Bathed in Dark Green Metallic straight steel rust free panels are highlighted by some nice chromed trim work which surrounds the wheel wells, door edges, glass, and rockers. A large scooped fiberglass hood is in front, and a spoiler and integrated bumper with a black accent rail frame the triple louvered looking taillights. Weld provides the wheels in 15-inch Prostar pattern, which are wrapped with 235/60R15s in front and 275/60R15s on back. Badging is all there and looking good. Interior With nicely preserved door panels which are not original to the car we move our eye towards the front buckets which appear to be newer and sport 3 inch wide racing belts. The rear bench is in back. In the middle is a B&M shifter with reverse gear and neutral lockout. Towards the dash we see an Autometer large face tach with a shift light original dash and a JVC aftermarket radio. The dash has several additional gauges and toggles with lights within the spun pattern aluminum dash front. Black carpet covers the floors and the headliner is nice and tight. Drivetrain Professionally built by Paul Spots this 455ci bully has stock 6x heads with polished aluminum valve covers and is topped by a Quickfuel 4-barrel carburetor with an Edelbrock air cleaner cover. A TH400 3-speed automatic transmission is controlled by the B&M shifter. Seen are Dougs coated headers, a TCI torque converter, Summit ignition box and a 10-bolt posi rear. The consigner states the engine will produce 500hp; however, there is no documentation (dyno or otherwise) to back this up. Undercarriage All clean and mean underneath no rust showing surface or otherwise. Noted are 4-wheel disc brakes, a line lock on the front brakes. Also, independent coil spring front suspension and leaf sprung rear suspension are seen. Drive-Ability This car comes right to life with the turn of a key and runs well. It has great acceleration, and can cruise or bruise, depending on your mood. It handles OK and the ride is for racing. Maybe other consignments are green with envy at the horsepower this car has, and the nice lines it presents with. Either way, youll have a chance to get a powerful classic, which looks great and runs greater. We give you the green meanie. VIN Decode 2U87Y4N142891 2-Pontiac U-Formula 87-Firebird 2 Door Coupe Y-455ci V8 4bbl 4-1974 N-Norwood, OH Assy Plant 142891-Sequential Unit Number Trim Tag ST 74 FS87-1974 Firebird 2 Door Coupe BDY N175074-Norwood Body # TR 592 A51-White Buckets PNT 36-Gulfmist Aqua 04C-3rd Week April 1974 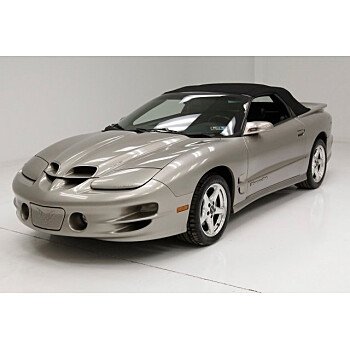 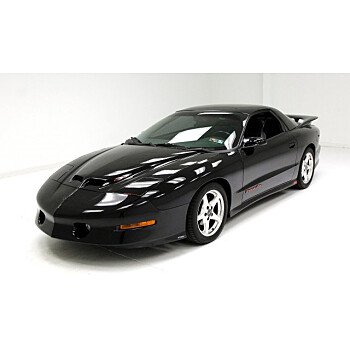 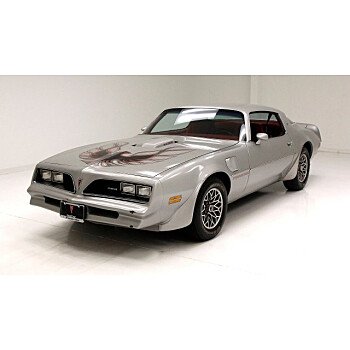