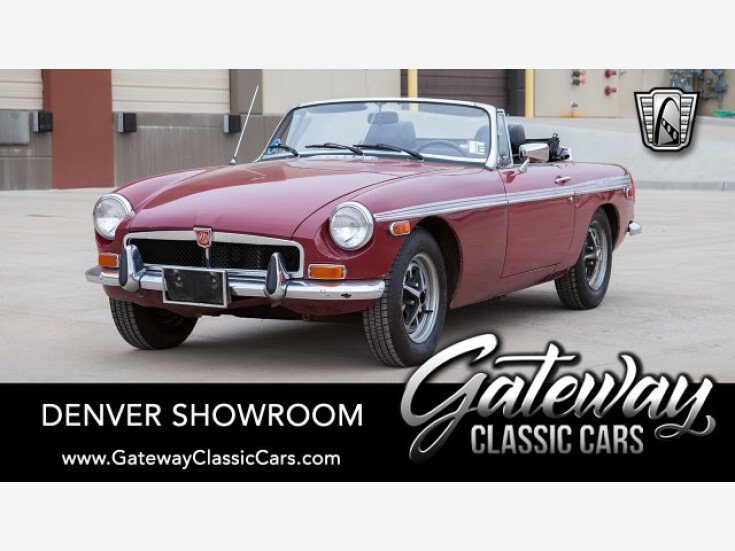 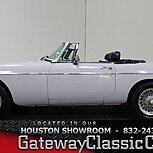 Gateway Classic Cars of Denver welcomes this 1974 MG B! A lot of engine gasket work was performed prior to its arrival (Call for the details) The MGB is a two-door sports car manufactured and marketed by the British Motor Corporation (BMC), later the Austin-Morris division of British Leyland, as a four-cylinder, soft-top roadster from 1963 until 1980. Its details were first published on 19 September 1962.3 Variants include the MGB GT three-door 2+2 coup (1965-1980), the six-cylinder roadster and coup MGC (1967-69), and the eight-cylinder 2+2 coup, the MGB GT V8 (1973-76) 1974.5 to 1980 Early MGBs used the banjo type differential carried over from the MGA with the rear axle ratio reduced from the MGAs 4.1 (or 4.3) to 3.9 to 1. (Compensating for the reduction from 15 inch to 14-inch (360 mm) wheels). MGB GTs first began using a tube-type rear axle in 1967. This unit was substantially stronger, being, like the later gearbox, designed for the three-litre MGC. All MGBs used the tube-type axle from 1968. All MGBs were fitted with 11-inch (280 mm) solid (non-ventilated) disc brakes on the front with drum brakes on the rear. The front brake calipers were manufactured by Lockheed and used two pistons per caliper. The brake system on the MGB GT was the same as the roadster with the exception of slightly larger rear brake cylinders. A single-circuit hydraulic system was used before 1968 when dual-circuit (separate front and rear systems) were installed on all MGBs to comply with US regulations. Servo assistance (power brakes) was not standard until 1975. Many modern and contemporary testers have commented on the very heavy brake pedal pressure needed to stop the non-servo-assisted cars.citation needed The MGB initially had an extremely simple electrical system. Dash-mounted toggle switches controlled the lights, ventilation fan, and wipers with only the direction indicators being mounted on a stalk on the steering column. The ignition switch was also mounted on the dash. Like the MGA, the MGB utilized two 6-volt batteries wired in series to give a 12-volt positive earth configuration. The batteries were placed under a scuttle panel behind the seats making access difficult; the location gave excellent weight distribution and thus improved handling. The charging system used a Lucas dynamo. Later MGBs had considerable changes to the electrical system including the use of a single 12-volt battery, a change from positive to negative earth, safety-type toggle (rocker) switches, alternator in lieu of dynamo, additional warning lights and buzzers, and most common functions moved to steering column stalks. From 1972 there were two different Pirelli Cinturato radial tyre sizes factory-fitted to new cars, depending on whether the car was a roadster,(155/80x14) or a GT,(165/80x14).The original tyres for the majority of MG Bs were 165HR14 Pirelli Cinturato.12 With the 1974.5 arrival of the rubber bumper cars the factory-fitted tyre size was simplified to 165/80x14 for all cars, irrespective of whether the car was a roadster or a GT, and also irrespective of the wheel type (wire or RoStyle). Later on during the rubber bumper production period, alloy wheels were introduced on several different limited edition models - with the final 1,000 LE models being the last cars to leave the factory with alloy wheels. The factory built V8s were fitted with full profile 175HR14 tyres. (Source: WikiPedia) Dont miss your opportunity to own a piece of real British Motor Company history in our Denver Showroom. It can be seen in greater detail including 100+ HD pictures and a HD video at www.GatewayClassicCars.com. For additional information please call our sales staff at (303) 872-4722 or email us at Denver@GatewayClassicCars.com. If you would like to see it in person, come to our Denver Showroom located at: 14150 Grasslands Drive Suite A, Englewood, CO 80112. To view 3000+ classics or exotics, please visit: https://www.gatewayclassiccars.com/ To sell your classic or exotic please call us - 303-872-4722 or visit: https://www.gatewayclassiccars.com/fluid-sell-my-classic-car 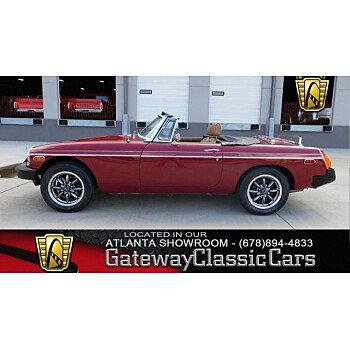 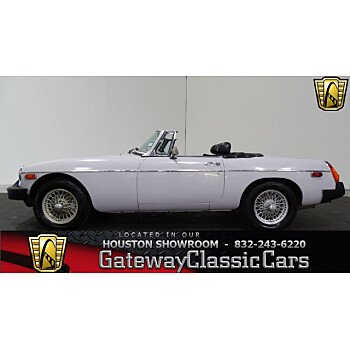 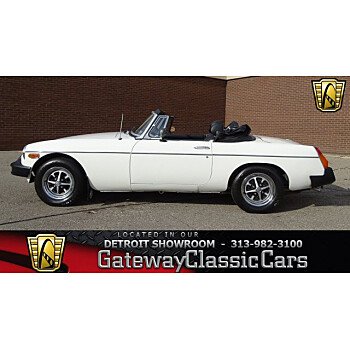 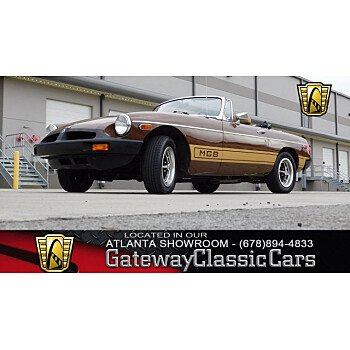