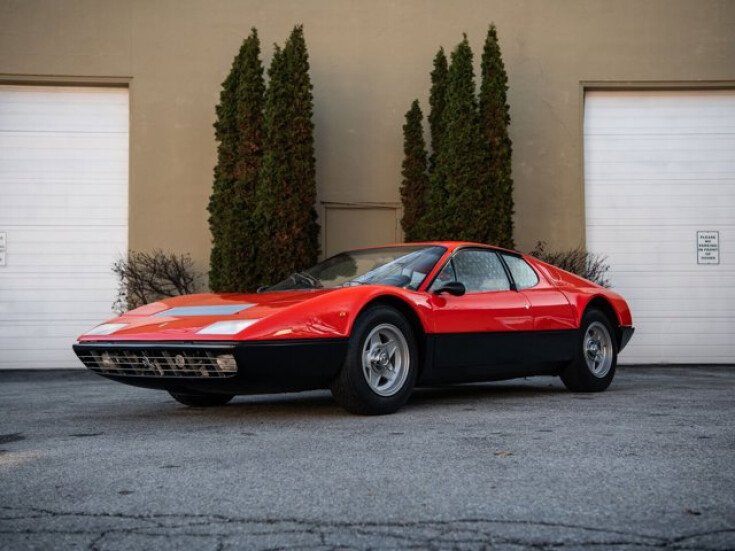 Reimel Motor Cars is proud to offer this 1974 Ferrari 365 GT4 BB with only 45,346 Kilometers (28,176 Miles). Finished in Rosso Dino over Nero Leather. This 365 GT4 BB was delivered new In Bologna Italy in Feb of 1975 where is lived for a number of years until being exported to Germany. While in Germany is was the recipient or a no expense spared mechanical overhaul (including rebuilding the engine, transmission, suspension, brakes and the list goes on) and a very empathetic cosmetic restoration to bring the car back to a high quality while keep it as original as possible. The work was preformed marque specialist Modena Motorsport ing Dsseldorf . Since then it has found its way into some well respected collectors including some here in the USA where is has been well cared for and serviced as needed. We were lucky enough to purchase the car and just had a major engine out serviced performed, we are also fitting it with a brand new SS exhaust to OEM factory specification. Shown at Cavallino Classic 30 it was awarded The Ferrari Vintage Preservation Cup a major award. It is accompanied by all books/owners manuals, tools and spare Anse sport exhaust. The 365 GT4 BB was introduced to the World in 1971 at the Turin Motor Show as a replacement for the very popular 365 GTB/4 Daytona and designed to rival the Lamborghini Miura and the newly developed Lamborghini Countach. The mid-engined 4.4-liter flat-12 was a significant departure in the way the Maranello carmaker had always done business: it was the first Ferrari not powered by some kind of V type engine. Based on Ferraris semi-successful Formula 1 3-liter boxer, it was the worlds first flat-12 put to use in a passenger car. The Pininfarina body was of the wedge variety, with many cues taken from the carrozzerias striking P6 show car of 1968. Built upon a semimonocoque with fore and aft subframes, the cars low profile and the longitudinally mounted, horizontally opposed engine suited one another quite well. Finally released for sale in 1973 at the Paris Motor Show only 387 were built (none being produced for the US market) making it the rarest of all Berlinetta Boxers. Out of those 387 cars only 299 were left-hand drive. The pedigree of the 365 GT4 BB has been over looked for years but in my opinion it is a true blue chip car and deserves the notoriety of it predecessors. I believe the 365 will have its day as it has all the ingredients of a world class car, its rare, its the first of its kind , it has incredible performance and is raw/visual to drive. The Rosso Dino paint (orange) is so 70s and really pops it really stands out from the rest couple that with that it is mechanically perfect and its very original cosmetics it make it the perfect option for the collector who wants to drive it and/or take it to any concours. VIN: 18385 Photos coming soon! 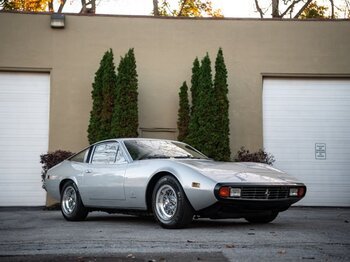 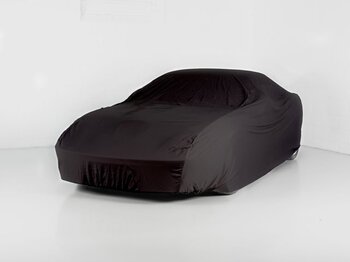 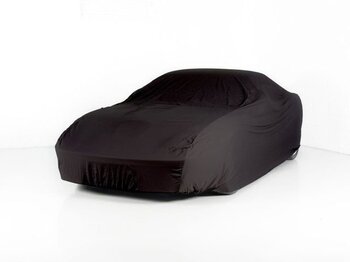 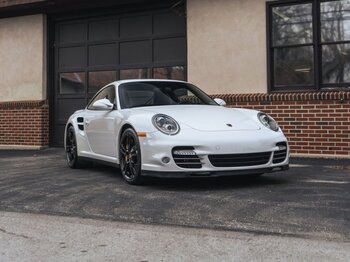