1974 Chevrolet El Camino Rumor has it that Mattels Elliot Handler (the el in Mattel), spotted designer Harry Bradleys El Camino in the Mattel HQ parking lot and commented, Those are some hot wheels, coining the new name for Mattels line of toy cars, Hot Wheels. In fact, Elliot was so impressed by Bradleys custom El Camino, he insisted that Mattel use it as a model for the first line of Hot Wheels toy cars, and the rest, as they say is history. All starting from an Australian farm wife wanting a vehicle she could use during the week on the farm and then drive it to church on a Sunday, the concept of a car with a truck bed was born. The Chevrolet El Camino (literally translated to The Way ) is in our massive facility and standing out as a nice example. Dressed in blue and white showing some incomplete bodywork, and in process sanding, we have a barnfind 1974 El Camino. Let me show you the Way! Exterior Patina and faded blue paint dons the upper and lower portions of this car/truck, and this blue sandwiches a white panel right at the belt line. Some trimmings on the border of the white and blue and some rust to go open along with it on the body. A few areas of previous repairs are noted with a red sanding sealer peppering the panels and the bed. Upfront, a single headlight flanks a simple square and rectangle design egg crate grille. A semi shiny bumper is below, and it will need a new fill piece for the trim between the grille and the bumper. Other chrome trimmings are dimpled and faded with some slight rust appearing every now and again. The bed is showing some previous repairs as to rust remediation and some surface rust is still present through the blue paint. 15-inch wheels are on all 4 corners and show some fading on their finishings. Interior A black vinyl bench stretches from black buttoned panel door panel to black door panel. It is showing some wear, on the drivers side and padding can be seen worn through the black vinyl. There is a split back that can be folded forward for access to a small storage area behind the seats. Some of this area is being taken up by expanded stereo speakers mounted up high behind the seats and some spare parts are here as well. A black original dash is upfront, and the gauge cluster utilizes square and rectangle gauges, and some wood appliqu panels for accenting. Black floor mats with some black embroidering edge banding covers the floors. A tight black vinyl headliner is above and has some slight edge damage on the drivers side. Drivetrain A peek under the hood reveals an engine bay covered in a fine dusting of rust and dirt and grime. Within its confines sits a 350ci V8 backed with a 3-speed automatic TH350 transmission, and a 10-bolt rear with 2.42 gears. Undercarriage A heavy coating of surface rust is seen throughout. Some invasive rust has taken over the rear portion of the floorpans and the toe kick areas of this underside too. The bottoms of the doors are heavily rusted when looking at them from underneath. Power disc brakes are upfront and power drums for the rear. In need of some TLC both mechanically and cosmetically with a smidge of undercarriage repairs in your future too. A 1974 Example ready for some wrenching and a comeback story to go along with the wrenching. 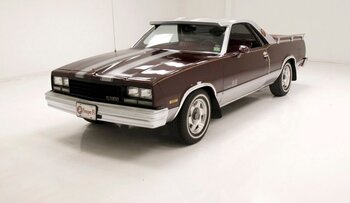 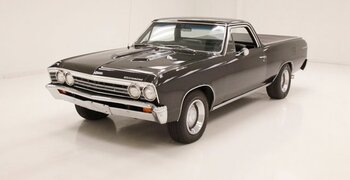 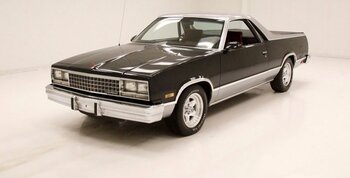