Gateway Classic Cars of Atlanta is proud to represent this sweet 1974 Chevrolet C-10 Cheyenne. C/K is a series of trucks that was manufactured by General Motors from the 1960 to 2002 model years. Marketed by both the Chevrolet and GMC divisions the C/K series encompassed a wide range of vehicles. While most commonly associated with pickup trucks the model line also included chassis-cab trucks and medium-duty trucks and served as the basis for GM full-size SUVs. Through its entire production the model line competed directly against the Ford F-Series and the Dodge D series. While relatively boxy in appearance (leading to their Square-body nickname from the public) the Rounded Line trucks were the first generation of the C/K to be designed with the use of computers and wind tunnels optimizing the exterior shape for lower drag and improved fuel economy. The chassis was an all-new design (with all trucks receiving a leaf-spring rear suspension). The Rounded Line generation is the longest-produced version of the C/K model line produced for 18 model years.This particular 1974 C10 is finished in two tone Black and White over a Blue Vinyl interior with a rare optioned bucket seat bench. Power is sent to the rear by a crate 350ci V8 backed by an Automatic Transmission. Additional features include A/C Radio Custom Wheels Power Brakes and Power Steering. This 74 runs well with records available looks good and drives down the road in a way that inspires confidence. If youre in the market for a Long Wheel Base truck this classic is a great option! 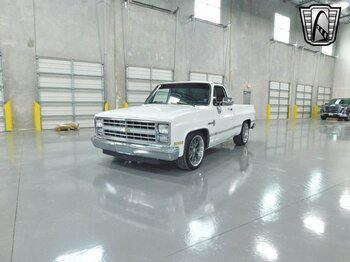 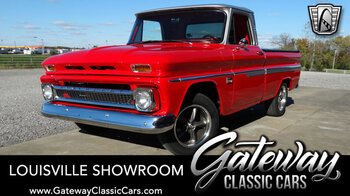 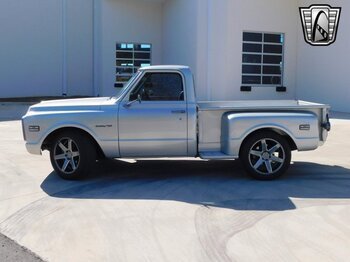 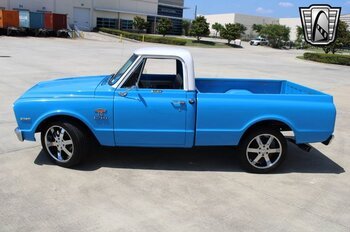