1973 Plymouth duster it was originally a 340 Car it has been heavily or completely modified to be an SCCA Road course race car I purchased it with the thought of auto cross racing it . It is currently a hop in and go race car the engine is completely rebuilt the 284 484 Mopar purple hydraulic camshaft has just the brake in time on it this car needs absolutely nothing except somebody to drive it. It has an an a 833 four speed Mopar transmission Lakewood scatter shield and a hydraulically operated clutch four wheel disc brakes power steering with a firm feel steering box The rear end is an 8 1/4 4.56 ratio positraction rear end . The 360 is bored 30 over it is internally balanced now it has a light weight fly wheel and the cylinder heads have 2.02 intake valves . It has an Offenhauser dual port aluminum four barrel intake and an Edelbrock 750 CFM carburetor . It has KYB gas adjust shocks in all four corners even though it is heavily caged it also has frame connectors the front torsion bars have been upgraded to 1 inch. Even though it is a full race car the previous owner put back all the items to make it street legal such as headlights turn signals defogger wipers and licensed it and took it to car shows for a few years . It even has a quick release spring loaded roof hatch for exiting the vehicle if you happen to Park it on its side while driving it . It had a passenger seat in it for taking his wife to car shows so the mounts are on the floor - just no seat . And is if thats not enough it has an onboard fire suppression system and also has an MSD dial controlled rev limiter it has a direct connection orange engine control box it has an MSD shift light tack that is in the dash it also has a high-quality gauge for every function that the car has temp vacuum oil pressure voltage . The hood had two 1969 or 1970 style dart scoops on it that is why the hood looks a little strange. 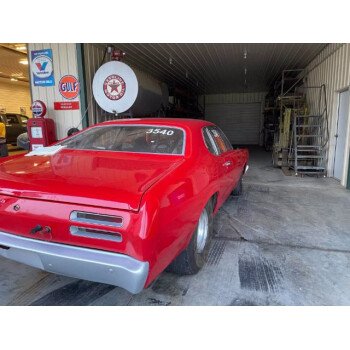 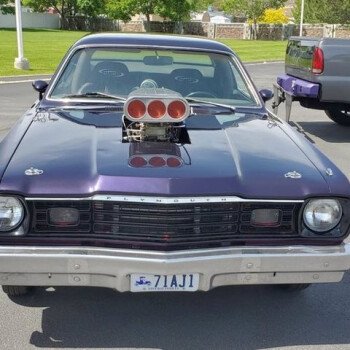 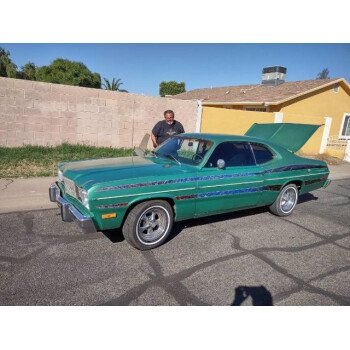 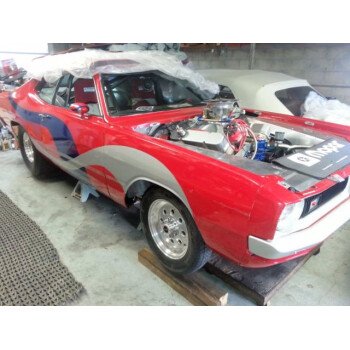