The 1973 Buick Apollo is quite a rare find. These were only offered for a few years, but since they are based on the Chevy Nova, they also are a great package of a lighter/smaller car with a hardy rear-wheel drive setup. So it makes for the ideal place to get the full power car upgrade with a Buick big block V8, four-wheel disc brakes, an upgraded suspension, and the control of a five-speed. Theres even a custom A/C interior! Its all part of a sleek and fresh build that loves to be both unique and powerful. The Buick Apollo two-door didnt quite know how to fit in the market when it debuted for 1973. It had a distant Buick-style front end and the tail lights were an intricate wraparound setup. But you could also unmistakably see it was part of the Nova family. So this was only offered for two short years before being dropped. And everything that made it trying when new now makes it rare and desirable as a true classic today. So there have been a few people who recognized this uniqueness. So not only is this car coming from a Buick collector, but the story were told is that this started life as a low-mileage Apollo that was with its first owner up until 1999. It was then given a full restoration and upgraded treatment that was completed around 2010, and there have been less than 3,700 miles since then. So proper care and respect mean you have a car where the slick black paint looks absolutely awesome and there have even been investments to keep the chrome shining brightly. So while the black vinyl roof adds to the mean attitude, it also feels right on a premium Buick. In fact, youd almost mistake this for just a really nice classic if it were not for the upgraded 17-inch wheels, mean stance, and 455 callouts on the fenders. Wed almost call this Buick a triple-black package because of the paint, roof, and interior. But its not just black inside. This one shows off its aggression and premium nature with a tastefully added red on the seat piping and door inserts. Its just another one of those details that reminds you this has been owned by Buick lovers. It keeps the vintage style idea with pieces like the wide bench seats, working dome lights, and dual-spoke steering wheel. But this classic also wants to be fun for modern times. So you have additions like cold-blowing air conditioning and the upgraded stereo speaker just waiting for the modern deck of your choice. And you absolutely know this one was made to be a driver when you spot the fully upgraded Stewart Warner gauge package and count the gears on the Hurst shifter. Since this Apollo is a true Buick that also loves to be a true Nova-style upgraded power car, we love what they did with the engine bay. After all, there are some terrific Novas with Chevy big blocks in them, but this Buick makes sure to keep its distinction with a monster Buick powerhouse. Its the 455 cubic-inch V8, and thats just the base for an enhanced and fortified setup. It has been enlarged to 464ci total, with a girdled block, Eagle connecting rods, a TA Performance cam, Diamond Racing pistons, and TA Performance Stage 2 Street Eliminator aluminum heads. It inhales deeply with a Holley four-barrel carbonator, and it exhales with added power and authority as Hooker Super Competition headers feed the dual exhaust. You get to fully harness this big power with the upgrade to a Tremec TKO600 five-speed manual transmission that has a hydraulic-actuated clutch and Lakewood hydro-formed clutch bell housing. This feeds into an Eaton True-Trac 3.73 rear end. The full package is built for all-around enhanced control. Thats why you have Speed Tech upper and lower tubular front control arms, subframe connectors, fresh bots, and sway bars front and rear. Theres also rack & pinion steering, modern sport tires, and Baer four-wheel power disc brakes with drilled & slotted calipers. Complete with build receipts, this is an impressive muscle car built from an impressive classic So if you want power and distinction, you know you need this Buick. Call today!!! 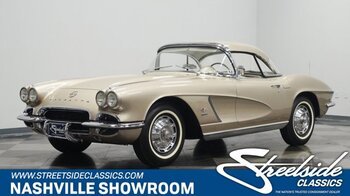 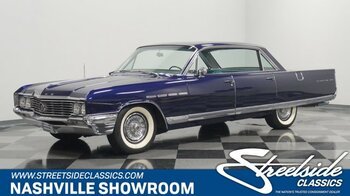 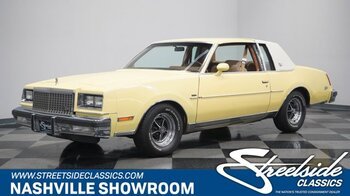 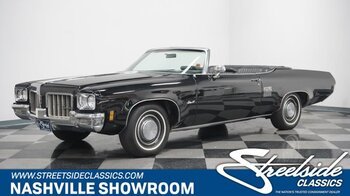