What more can be said about the iconic Jaguar XKE when Il Commendatore himself Enzo Ferrari allegedly declared Jaguars E-Type the most beautiful car in the world. The designer of this unforgettable shape Malcolm Sayer was one of the first engineers in the automotive world to utilize and apply aerospace principles to road car design to the point where Mr. Sayer ensured he was referred to as an Aerodynamicist not a stylist. Throughout its ten-year production run from 1961-71 the six-cylinder E-Type evolved gradually to become more of a Grand Tourer than a race-bred sports car. The new Series III E-Type would be lower longer and wider with distinctly flared wheel arches. The shorter wheelbase would be dropped with both the roadster and the 2+2 sharing the longer chassis. The Fixed Head Coupe 2-seater was not continued from the Series II.The U.S. market clamored for a V-8 but got even more when the Jaguar engineers reconfigured a V-12 design that had originally been intended to power the XJ13 Le Mans racer. Under the guidance of engineers Harry Mundy and Walter Hassan single overhead camshaft heads replaced the more complicated four-cam heads and the road-going 5343cc V-12 was born. Outfitted with quad Stromberg carburetors and electronic ignition this powerplant generated nearly 300 horsepower and over 300 ft/lbs. of torque. U.S. models like this current offering received lower axle ratios for increased acceleration. Throughout the rev range the torque and refinement of this drivetrain makes it a perfect luxury cruiser. But dont be fooled the Series III out-accelerated any previous E-Type.This XKE was built in September 1972 and is one of just 5183 LHD Series III 2+2s produced. It is fitted with the desirable 4-speed manual transmission factory A/C and optional chrome wire-wheels. According to records on file this E-Type was in White Plains NY during the 1980s then off to Florida during the 1990s and then on to a significant private collection in more recent years. Refinished during a restoration to the current and attractive livery of Pale Primrose over biscuit the exterior exhibits superb panel fitment attractive chrome correct quad exhaust and period correct Michelin XWX tires. Paintwork is very good all around finished to a high standard and well maintained in subsequent years with only light signs of use apparent on close inspection. The interior is a 1970s time capsule with the British Leyland period correct radio and factory underdash A/C controls. The hides are in great condition displaying an appealing character from use. Carpets and door panels are tidy and very well presented in factory-correct materials. The engine bay is just as highly detailed as the interior with authentic fittings finishes and hardware throughout. Previous owners were attentive with service maintenance and restoration needs and a generous stack of receipts owners manual and a Jaguar Heritage Certificate accompany the car along with a factory jack.Along with similar cars from the era like the Mercedes SL the Ferrari 308 and others the Jaguar XKE Series III has enjoyed a resurgence of interest from collectors who appreciate their performance refinement and versatility. We rarely encounter Series III 2+2s as well-presented as this example and it represents a great opportunity for an astute buyer to start their journey in the hobby or add to an established collection. Offers welcome and trades considered.For additional details please view this listing directly on our website https://hymanltd.com/vehicles/7428-1972-jaguar-xke-22/ 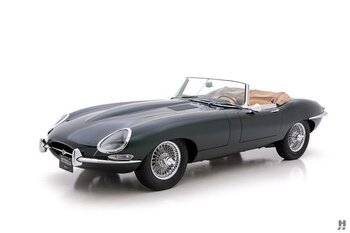 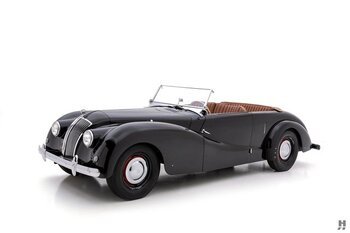 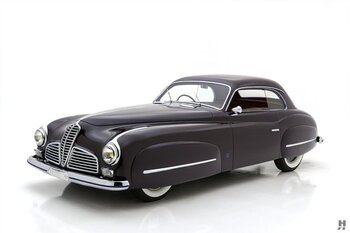 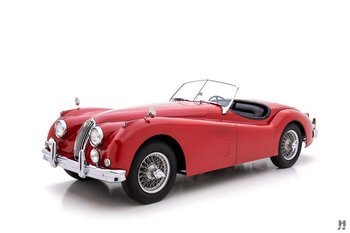