The 1972 Jaguar XJ6 Series I sedan is a vintage family saloon with the heart of a legendary E-Type. Beautifully styled and offering a spirited driving experience, this powerful sedan is often thought of as the best of the XK series of cars, retroactively referred to as the BMW M5 of the 1970s . This impeccably preserved/restored example is exactly what youd expect from Englands most accessible luxury marque, down to the quintessential British Racing Green livery (a gorgeous, factory-correct respray), opulent interior (restored wherever needed to an incredibly high standard), and powerful, numbers-matching 4.2L DOHC Inline 6 drivetrain. Hailing from a prominent collectors stable of high-end vehicles, this is one of the finest Series I sedans weve ever seen, let alone featured. The long, sinuous lines of the first generation XJ6 have aged gracefully and theyre still cars that look like they should cost thousands more than they do. The shape should look familiar to anyone who has been paying attention to cars for the past 50 years or so, and quite honestly, it still looks state-of-the-art and absolutely amazing. Modern Jaguars are, well, modern (lets just leave it at that), but this vintage car has elegance, sophistication, and unparalleled confidence that the new designs just cant match. The glossy British Racing Green paint emphasizes the saloons formality, and as youd expect, its deep and lustrous in a way that modern finishes just cant quite match. Its obvious this was an expensive respray done right by the professionals at Classic Showcase in California and I dare say it potentially looks better today than it did in 1972. Other than some very light swirls left over from past car washes and microfiber towels rubbing on the panels (and could you blame the former owner from wanting to caress this beauty all the time?), were talking about a finish that is without any real flaw to speak of and if any are located somewhere, Id wager a buff-and-wax would easily remedy them. The car has obviously been well-maintained and remained out of the elements for most of its life, and even though its more than 50 years old, it shows barely any signs of use. One of the appealing things about British cars in particular is their use of chrome; its not big and heavy like the Americans seem to prefer, but rather tasteful accents that feel substantial. Touch the door handles and they somehow feel heavy, the upright grille infers a quiet gracefulness, and the bright trim around the windows has an old-fashioned elegance thats frankly missing in todays automotive world. The quad headlights, ancillary front grilles, and Leaper Jaguar badges are striking design elements that elevate this cars curb appeal, as do the fang-like bumper guards, scowling taillights, and dual exhaust incorporated into the rear valance, while the unusual features like the dual fuel caps flanking the decklid remind everyone that Jaguar was building their cars unlike anyone else in the world. Interiors are a specialty of the British, and Jaguars in particular have an immaculate blend of luxury and sport thats been their appeal from the very beginning. The elegant Suede Green leather seats were restored when the car was repainted, and the entire interior remains in excellent condition, practically like a brand-new car. Matching door panels, plush carpets, and the suede headliner are all eminently tasteful and give the interior a hushed feeling thats difficult to articulate yet instantly recognizable the moment you climb in. All the wood that you see on the dash and window sills is real wood, not some plastic facsimile, and vast array of Smiths gauges, switches, and controls are all functioning. Options include cold A/C that has been upgraded to modern refrigerant, power windows, a telescoping wheel, and an original British Leyland AM/FM radio that still sounds great. And as a grand tourer, this Jag includes a spacious trunk thats outfitted to stock and includes its original spare tire, jack, and tool kit. Under the long hood beats the heart of an E-Type, a numbers-matching 4.2 liter DOHC I6 that makes silky smooth power rivaled only by an electric motor. The renowned XK series motor is famous for its achievements both on-and-off the track, and this particular engine was reportedly removed and rebuilt by a local Jaguar shop in California during previous ownership, along with the Borg Warner 3-speed automatic transmission and Stromberg carburetors. Thanks to a major tune-up that included new engine mounts, its running like a top, offering the same legendary power, reliability, and performance that made these cars so attractive to the public and even earned it a reputation for being the getaway car of choice for British criminals. The scintillating soundtrack from the dual exhaust is a big part of the Jags appeal, and you can forget the unfair rumors about British electrical systems, as this car starts quickly and easily and drives so well that youll forget its 50 years old. It has a nicely detailed look under the hood thats not over-restored, and the same can be said of the super-solid undercarriage, and with power steering and power 4-wheel disc brakes its an absolute treat to drive. The suspension ideally blends handling and ride comfort in a way no other automaker has ever really been able to duplicate, and the short-wheel base body rides atop chrome wheels wrapped in 205/70/15 Michelin radials with plenty of tread. A stunning-looking car thats every bit as wonderful to drive, dont miss a great opportunity to experience the last Jag model designed by Sir William Lyons, the founder of Jaguar. Call today! 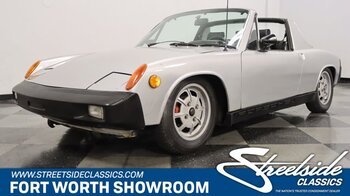 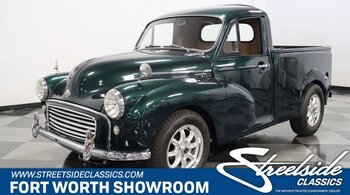 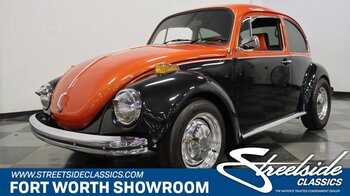 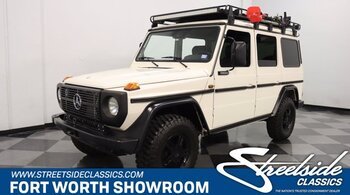