1972 Ford Bronco 2-Door Wagon - Arizona Truck - 302ci V8 - Three-Speed Manual Transmission - Dual-Range Transfer Case - Red with White Removable Hardtop - White Vinyl Upholstery - 15 Steel Wheels - Power Steering - Electronic Ignition - Over $5k In Recent Maintenance As a first offering in a new market in the automotive world, the Bronco was Fords first rodeo. We now know that the Bronco lineup would be successful with many generations of vehicles, becoming an important part of Fords legacy. Broncos were built as an all purpose vehicle which offered a bit of a larger frame than the Jeeps of the day. Of the three Bronco models offered in the first generation Bronco, the Bronco you see here is considered a Bronco Wagon. The wagon offered a fixed roof, steel side doors with roll up windows, and a liftgate. The top could be removed if desired, but the body that is under the top mounting points is not finished the way a Roadster Bronco would be. Originally finished in Bahama Blue, as you can see, this Bronco has been repainted in a Red hue similar to Calypso Coral which was offered as a factory color in 1972. The pairing of Red with a White roof is certainly eye catching. The classic Bronco lines are present, although eagle eyed enthusiasts will notice that the rear fenders have been cut, and fender flares in the body color have been added. The paint is in beautiful condition - even and glossy throughout. The white hardtop shows well with glass and window seals being in great condition. The trim and lights on the exterior are in similarly great condition. Continuing with the simple theme, the dashboard is truly an area of this vehicle that has everything you need, and nothing more. A single round gauge just to the left of the steering column looks as though it only displays vehicle speed, but a closer look at it shows that it does in fact display other vehicle parameters. A small collection of gauges around the outer ring of the speedometer show fuel level, battery charge, oil temperature, and coolant temperature. To the right of the steering column are a few groupings of neatly labeled knobs that control vehicle options like lights, wipers, and the heater. A simple looking radio which has knobs that match the other dashboard knobs is actually a stereo that has USB connectors for modern devices. In the 1972 Sales Brochure, Ford touted the Broncos ability to tame any terrain thanks to features like high approach angles, ample ground clearance, wider track width, heavy duty axles, and mono-beam front suspension. The suspension provided a nice ride on the highway as well as being able to handle other terrain. Under the hood is a 302ci V8 mated to a 3-speed transmission and dual range transfer case. A 2 barrel carburetor, and Ford duraspark electronic ignition are also present. The engine sits in a tidy engine bay, with the engine and its components finished in Ford Blue. The factory jack and wrench are present in the engine bay as they should be. Recent service records show fluid changes, a number of seals and gaskets having been replaced, belts replaced, tie rods replaced, a new fuel selector valve, and a new transmission. Looking closely at this Bronco, it is clearly well cared for. The Bronco was clearly not a One Trick Pony for Ford. Broncos have become a part of Americana, and are a familiar sight on the road and in vehicle collector circles. The Bronco you see here is a very nice example of an American classic. Please call if interested or e-mail with specific questions. Thanks for looking. 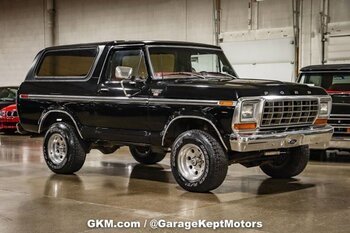 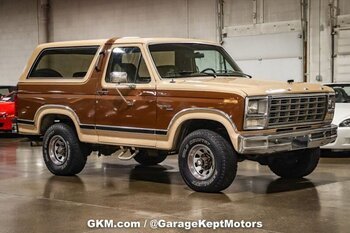 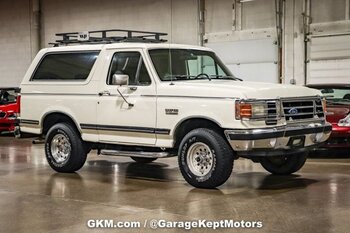 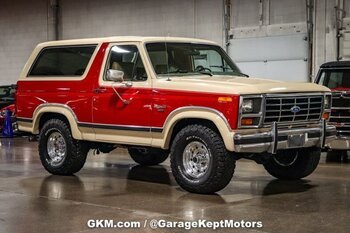