1972 Chevrolet Camaro Z28 With the arrival of the muscle car era in the 60s Chevrolet needed a "pony car" to compete with Fords Mustang. The answer was the Camaro which was introduced in 1967. Pony cars were characterized by their long hoods, short deck lids and sporty performance oriented design. This class created the decade of muscle cars and their popularity is well noted in the classic car hobby. The Camaro has been produced for 6 generations and although there was a brief hiatus in the 2000s the Camaro returned in 2010 with their retro design that was based on the originals. This 2 owner 1972 Z28 belongs to the second generation which saw a major redesign from their previous generation. These F Body cars have a great look to begin with but this car has been completely redone transforming it into an amazing performance machine. The car has a really aggressive exterior letting you know it means business. Lets just say it, this car is a badass. The Matte Black exterior suits the car perfectly and it has custom dual carbon fiber racing stripes framed in Orange pinstriping. This is a wrap so it could be removed if the newer owner would like to reveal the original Orange paint underneath. The car has been dressed up with a custom hood, carbon fiber bumpers, a custom chin spoiler, rear deck spoiler and carbon fiber mirrors. We see and deal with all sorts of vehicles and have been doing so for years. This is one of those that when looking it over it becomes very apparent how well it was constructed. This isnt a car someone slapped together. It was fully thought out and designed from start to finish resulting in one of the coolest Camaros on the road. The attention to detail is on another level. For example check out the custom black Billet Specialties wheels where the logo on the center cap has been filled in with Orange to match the theme of the rest of the car. Thats not the type of stuff you see on your average build. The tires are all new and the car has Detroit Speed tubs to accommodate the larger 335/30ZR18 tires in back. These cars were meant to be sporty from the factory but this one has been taken to another level incorporating a modern LS7 which is what you would expect to see in newer gen Camaros. The LS7 427 is a Mast Motorsport Black Label motor that features a Whipple Supercharger allowing it to crank out a whopping 900 hp. Those guys dont cut corners and are well known for their quality components. Just a set of heads from Mast can run you around $4K. The supercharger has been nicely modified with custom Orange pinstriping and the entire engine compartment was very cleanly done with custom hood hinges and Orange/Black inner fenders as well. Once again, the details that start to jump out at you the more you look at the car is amazing. On the Hydro boost disc brake calipers and even the master cylinder the CPP logos have been painted Orange. Nothing has been overlooked. To keep it running cool is an oversized Wizard ra 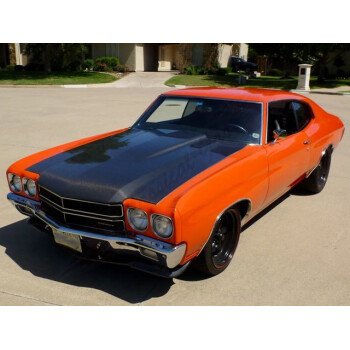 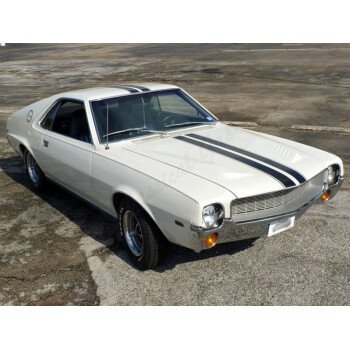 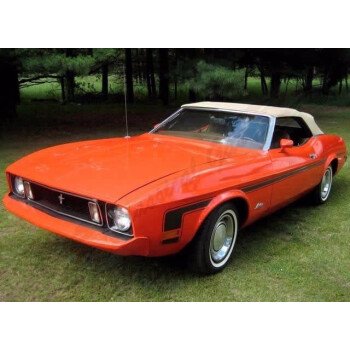 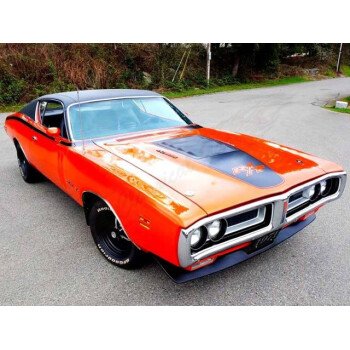