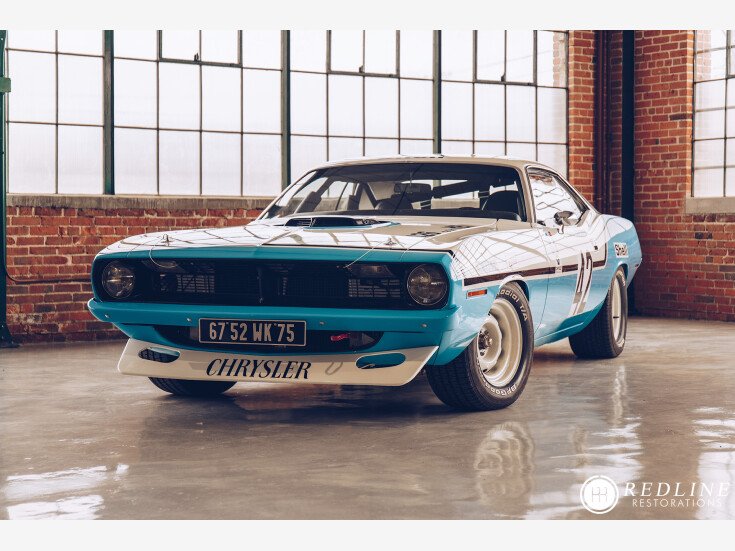 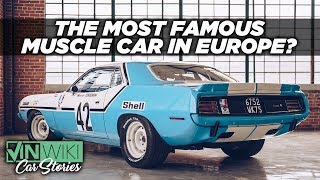 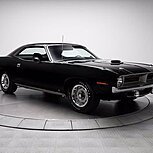 While the 1970 Hemi ‘Cuda is considered pure American Muscle, the racing history of this beautiful example stretches all the way to the French Circuit. Piloted by driver Henri Chemin of the Chrysler France team, this ‘Cuda is known as the most decorated France Group 1 race car in the 1970's. Clinching over 45 verified circuit and hill climb wins over its 3 year career this car earned the slogan, “Made in America, Championed in France”.

This distinguished 1970 Chrysler Hemi ‘Cuda was later discovered in a barn by a group of French race enthusiasts in the early 2000's. At the time, this ‘Cuda wore a white coat of paint and was daily driven in Southern France. After removing the first few layers of paint, historians were able to confirm this was the official race car of Chrysler France's racing group EcurieChrysler, and had been imported directly to Paris in 1970. The car was branded under the Chrysler name because Plymouth had not been introduced to the European market.

The car returned to the U.S. for the first time in 2012 and underwent an extensive restoration. It now sports the most successful racing livery of the Ecurie Chrysler team. A period correct, high performance, Hemi motor has been installed for preservation and racing purposes. The matching numbers Hemi-block will be included in the sale.

This Hemi ‘Cuda became a more complete race car, capable of not just acceleration and top end speed but also competent of consistent braking, nimble handling, and controlled sliding. The Cuda returned to the Paul Ricard Circuit in 2013 where Henri Chemin authenticated and autographed this vehicle. He could not resist taking it out for 15 laps alone on the same circuit the pair had previously won twice. 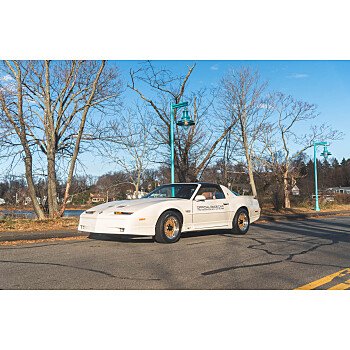