1970 Mercury Cougar Convertible The Mercury Cougar was not instantly recognized by the MoPar crowd or the GM aficionados as any serious competition, but once it gained some momentum it was off to the races for this Retro Chic Ford. For consignment, a consignor stated a barn find and rust-free shell (our photos show varying degrees of invasive rust on the body, undercarriage, and unibody), of a 1970 Mercury Cougar. If you have a Cougar with rust, then this roller could be a match made in heaven. Found in Kansas, it has no interior, no trimmings and no engine, just the body and the consignor states that the convertible top mechanism is believed to be all there. Also, in the trunk is the heater and A/C unit which seems to be all there but youll have to give it the once over. Stainless trimmings for the wheel wells and rockers are amazingly still present. It rolls around with some difficulty as the steering column is not connected to the steering mechanism. The wheels are Keystone Scot Mag Wheels. With the right needs this car could be your answer. These Cougars were a nifty designed sleeper muscle car from the late 60s and early 70s, and this one has no rust, but nothing else to go along with the no rust! Add in that this is a fairly rare version of 1970 Mercury history, (hint, its not an XR-7). VIN DECODE 0F92M543865 0-1970 F-Dearborn, MI Assy Plant 92-Standard Cougar Convertible M-351ci V8 4bbl 542865-Sequential Unit Number 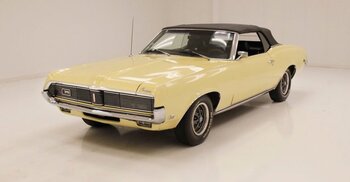 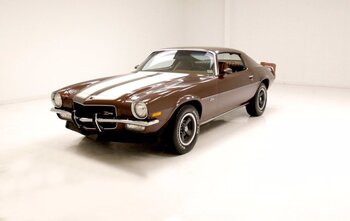 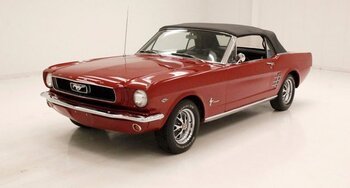