1970 Lincoln Continental Mark III Car came from original owner s estate, where it was garaged since new Overall original Lincoln One of 21,432 Mark III examples sold in 1970 460 CID V-8 engine (code 385) with four-barrel carb C6 three-speed automatic transmission (code U) Medium Ivy Green Metallic (code P) Black Top-Grain Glove Leather interior (code 2A) Air-conditioning, power windows, power locks, power steering, power brakes, power front seat, cruise control and auto headlamp dimmer New exhaust Documentation includes original owner s manual, original line ticket and service receipts With its hidden headlights and hidden windshield wipers, Lincoln resurrected the next model in its Mark series 11 model years after production of the Mark II, as it needed a primary contender to Cadillac s new-for-1967 Eldorado. This example is one of 21,432 Mark III models sold in 1970, the middle year of the car s three-year run. This Mark III was made in Ford s Wixom, Michigan factory (code Y) on September 12, 1969 (code 12J). This example came from an estate, where it was garaged, and which belonged to the original owner. The car was mechanically sorted in the past two decades and is included with those receipts from the original family. Also included with the original Lincoln manual and the original broadcast sheet. Dressed in Medium Ivy Green Metallic (code P), the coupe s paint and trim are in overall very good order. The body is straight, the engine bay is in very good order while the cargo space is in good, original condition. The chrome bumpers look good and fit tightly to the body. This Mark III rolls on Mastercraft white stripe radials, size 225/70R15 at every corner. Each tire is mounted on a steel wheel topped with a factory wheel cover. The wheel covers and tires are all in very good order. Under the hood is a 460 CID V-8 engine from the 385-engine family with a four-barrel carburetor. Backing this motor is Ford s C6 three-speed automatic transmission. Driver convenience features include air-conditioning (functions but blows warm), power windows, re-circulating ball power steering, power disc/drum brakes with Ford s Sure Track brake system, power windows, power locks, power front seat, cruise control and auto headlamp dimmer. Inside, Twin Comfort lounge seats are swathed in black leather (code 2A) and are in overall good, original order but the power seat is inoperable. The same came be said of the black carpet, a three-spoke steering wheel, the instrument panel with real walnut and the inner door liners but the horn is inoperable. A column-mounted shift lever and a Philco AM/FM radio complete the interior. There were only small changes for 1970 and 21,432 were sold. The vinyl roof was made standard, windshield wipers were now concealed, and the wheel covers were redesigned. Michelin radial tires were standard equipment (a first for an American car) and a locking steering column/ignition switch replaced the dash-mounted switch per federal mandate. The metal horn ring used in 69 was deleted from the steering wheel, replaced by a Rim Blow unit. Increasingly stringent Federal safety requirements mandated the addition of red reflectors to the rear bumper, and yellow reflectors to the sides of the front parking lamp assemblies. Although horsepower remained unchanged at 365, Federal emissions requirements were met by the installation of Thermactor air injection pumps on the 460 CID engine. The interior wood appliques were upgraded to genuine Walnut. The door panels were re-designed and the power seat controls were moved from the seat edge to the door arm rests. The pattern of the stitching on the seats was modified. A power sliding sunroof joined the options list. The 1970 Mark III was almost identical in appearance to the 1969 model, except it was updated with the new transmission/steering wheel/ignition key locking system that all Ford cars got for 1970. The vinyl roof and Sure-Track braking system became standard equipment, along with concealed windshield wipers, new wheel covers, a new pattern on the seats and interior side trim panels. Competition to this Mark III in 1970 included AMC s Ambassador, Buick s Riviera, Cadillac s Eldorado, Chrysler s 300, Dodge s Polara, Mercury s Marquis, Oldsmobile s Toronado and Pontiac s Executive. If you re a Lincoln Mark fan, you should consider this Mark III for your collection. If you re a classic big coupe fan, you should also stop by MotoeXotica Classic Cars to check out this Mark III, a classic in its own time. VIN: 0Y89A805647 This car is currently located at our facility in St. Louis, Missouri. Current mileage on the odometer shows 46,908 miles. It is sold as is, where is, on a clean and clear, mileage exempt title. GET OUT AND DRIVE!!!? Note: Please see full terms and conditions listed below that pertain to the purchase of any said vehicle, thank you. 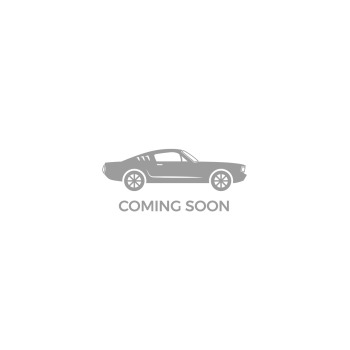