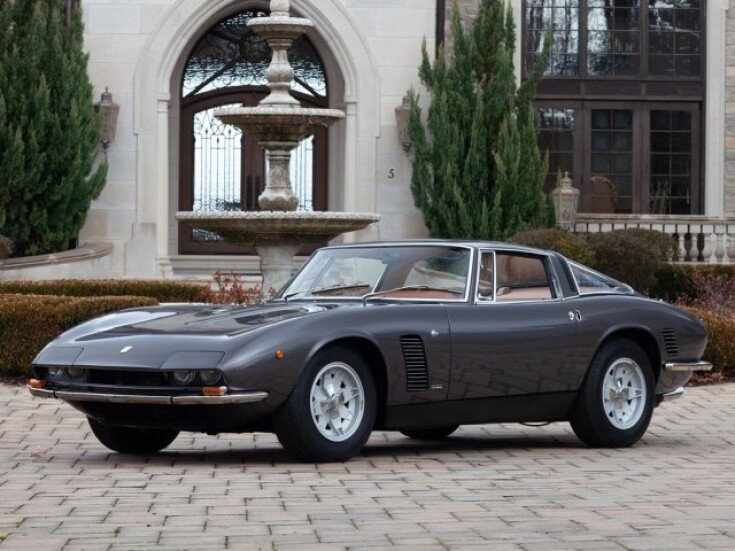 Following a successful stint at Ferrari, Italian engineer Giotto Bizzarrini wanted to continue his efforts in racing. It was after finding similar-minded people and the appropriate means that Bizzarrini attempted to follow his dream. However, after some time it became apparent that his focus was devoted to campaigning the A3/C race car, whereas partners Nuccio Bertone and Renzo Rivolta were more conscious of the necessity for the road-going A3/L to be a commercial success. In 1964 plans were put in place to develop a more refined version of the A3/L, to be known as the Iso Grifo GL (Gran Lusso). It was hoped that the car would be produced in greater numbers than the A3 variants of which only a handful had been made and would offer genuine competition to Ferrari and Maserati.

Perhaps inevitably, given their differing motivations, the collaboration between Bizzarrini and Rivolta came to an end in 1965. Thereafter, Bizzarrini continued to produce the models previously known as the A3/C now reworked as the Bizzarrini 5300 Corsa and Strada while Rivolta pursued production of the Iso Grifo GL independently.

Chassis number 336, offered here, has a fascinating early history. Constructed in October 1970, and fitted with the Chevrolet 350/350 engine, highly desirable five-speed ZF gearbox, and air-conditioning, it was the prototype Series II. The Grifo was then exhibited at the 1970 Turin Motor Show finished in Polo White with a blue leather interior. Notably, the original build sheet has SAL. TORINO inscribed upon it, and it is also believed that the car was used for other promotional events and advertising. Furthermore, it was featured in the original Iso Grifo publicity brochure as well as other PR photos, and was the personal car of Piero Rivolta, who had succeeded his father as managing director of the company upon his death in 1966.

As is common with many prototypes, this car has a number of distinctive or, in some cases, unique features. It was the first Grifo to be supplied with covered headlamps and the first of just 17 long-nose cars, known as the Grifo Series II or IR8. While in the custody of Piero Rivolta, the original engine was damaged thought to have been caused by insufficient airflow to the radiator and revisions were made to the Series I style front valance as a result. This revision was then incorporated on later Series II cars. Chassis 336 was also fitted with a thicker wood rim steering wheel, apparently in response to Piero Rivolta wanting a more sporting appearance for the motor show car. Finally, the dashboard is fitted with a distinctive wooden ISORIVOLTA plaque fitted for publicity purposes. This necessitated relocating some of the dash controls to the panel immediately forward of the gear lever as a result and is contrary to usual production Grifo practice.

The car was imported into the United States in 1982, where its Californian custodian and founding member of the Iso Bizzarrini Owners Club cared for the car until March 2017. By that time the Grifo was reported to have covered just over 87,000 kilometers from new. The previous owner had made a point to preserve the car; however, recognizing its significance and anticipating the future, the current owner commissioned a full restoration.

Manns Restoration spent over 28 months and 1,000 hours restoring the car to its former glory. Over 400 hours alone were spent on the metal, body, and paintwork. Currently, the car presents in excellent condition. One would be hard-pressed to find a more pristine example. Sitting on Campagnolo alloy wheels, the car is also fitted with a period-correct Becker Mexico radio and even retains the original Iso stamped ignition key. Further, the car is accompanied with a copy of the original build sheet from Iso, a copy of the owners manual, press photos, restoration photographs and invoices, and parts catalogue.

With total production of just over 400 units, any Iso Grifo is a rare beast indeed. As a prototype 1970 Turin Motor Show car and personal transport of the managing director, it must surely rank as one of the most significant examples of any Grifo.To view this car and others currently consigned to this auction, please visit the RM website at rmsothebys.com/en/auctions/am20. 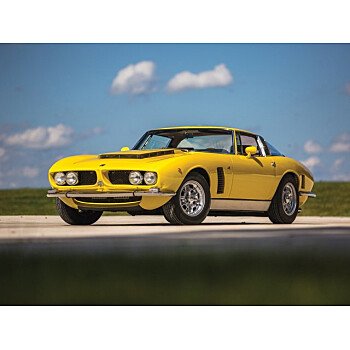