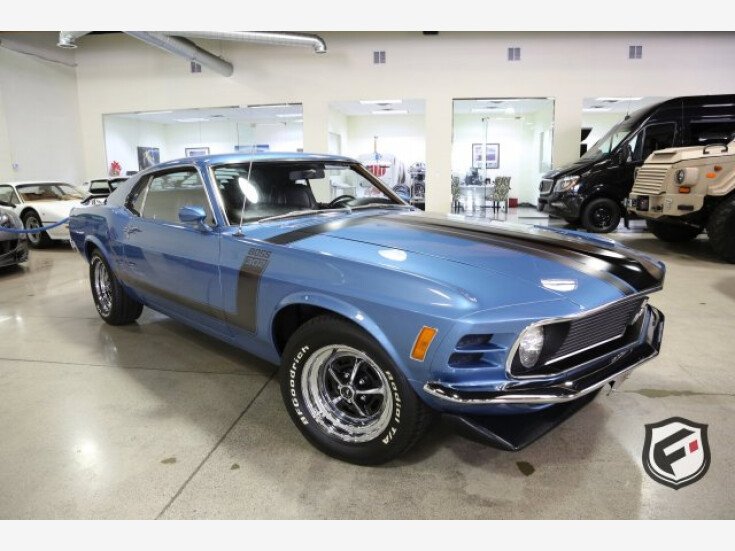 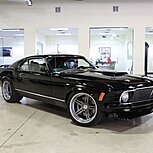 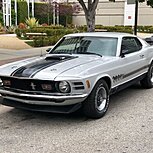 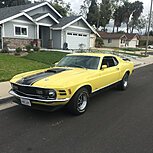 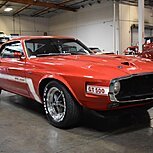 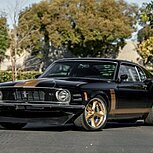 The Camaro/Mustang rivalry had begun in 1967 with the introduction of the Chevrolet Camaro by General Motors. The Camaro was the largest threat to the lead Ford had in the pony car field, a market segment largely created by Ford with the introduction of the Mustang in mid-year 1964. The performance of the Mustang with 289 and 390 engines was not up to the Camaro, with its small block and big block V8. In an effort to improve the Mustangs image Ford made a 428 Cobra Jet V8 and a Ford Boss 302 engine optional for the 1968 mid-year and 1969 models, respectively. The 1969 70 Boss 302 (Hi-Po) engine was created in 1968 for the SCCAs 1969 Trans-Am road racing series. Available in the Boss 302 Mustangs of 1969 70, its a unique Ford small-block engine featuring a thin-wall, high nickel content block casting. It differed substantially from regular 302s, with 4-bolt mains, screw in freeze plugs, and heads using a canted valve design being developed for the planned 351 Cleveland (which debuted the following year). The construction was aided by the two engines sharing a cylinder head bolt pattern, though the Boss 302 heads had to have their coolant passages slightly modified. This optional engine, and indeed the entire vehicle package, including handling and aerodynamic aids, was made available for the express purpose of meeting the homologation guidelines to compete in the SCCA Trans-Am series, which limited engine displacement to 305 C.I.D. (5.0L) in order to compete. The Boss 302 Mustang was designed by Larry Shinoda, a former GM employee. The car featured a reflective c-stripe. The fake air scoops in the rear quarter panel fenders of the regular production 1969 Mustangs were eliminated on the Boss 302 models. A black horizontal rear window shade and a blackout hood were both options. It was one of the first production models with a front spoiler and rear deck wing. The name Boss came about when Shinoda was asked what project he was working on, he answered the bosss car because the project was a secret. Also Shinoda had called it the Boss as an homage to the new President of Ford Semon Bunkie Knudson who had brought Shinoda over from GMs Chevrolet Division after Knudson had left. Changes for the 1970 model year included side hockey stick stripes which started along the top of the hood, along with the 1970 grille which replaced the four headlights with two vents in the outside position while retaining dual headlights within the grille opening. The dual exhaust system was redesigned, along with the competition suspension and a standard Hurst shifter. The intake valves were slightly smaller, and cast aluminum valve covers replaced the chrome.4 #fn4 With a suggested price of $3,720, a total of 7,013 were sold. In addition to a lower ride height, standard equipment included front disc brakes, larger sway bars, heavier duty spindles, reinforced shock towers, a four speed manual transmission, and the solid-lifter Boss 302 V8 engine, with its free-breathing Cleveland style heads, which had valves larger than most engines more than a third larger in displacement. This G Code engine was rated at 290 HP. The 1970 model could accelerate from 0 to 60 MPH in 6.9 seconds, and the quarter mile took 14.6 seconds, reaching a speed of 98 MPH. This amazing example is ALL NUMBERS MATCHING and finished in Correct and Rare Medium Blue Metallic with Black Vinyl Bucket Seats. As per the included Marti Report, only 478 out of the 7,013 produced had this Interior and Exterior combination. Even rarer, is the nearly complete and very legible original build sheet that is included with this BOSS 302. This Mustang has 57,453 original miles, runs incredibly strong and is ready to show the streets whos BOSS. Great lease rates and Financing also available on any of our inventory! Buy Sell Trade Consignments Welcome! Please email concierge@fusionluxurymotors.com or call 1-818-773-8181 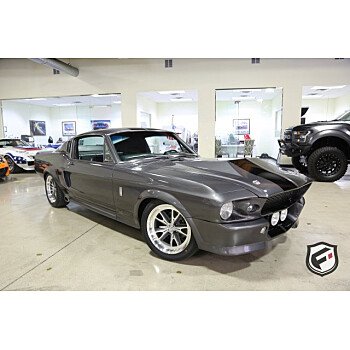 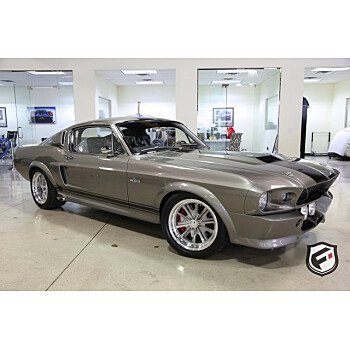 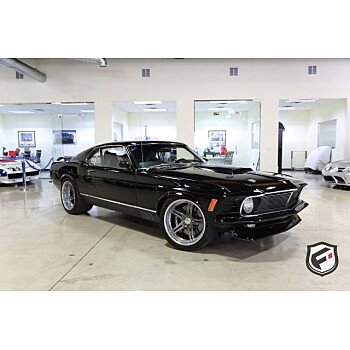 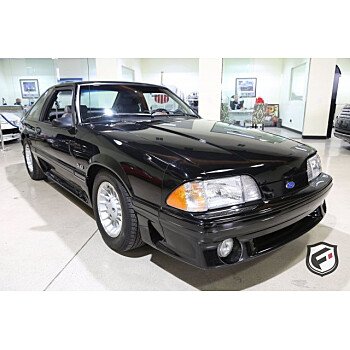