Less than 200 miles since restoration

Serviced and started weekly by collector's personal mechanic. Gas kept fresh. Oil kept fresh. Battery kept current. During weekly inspections, starting and short drives, all components, whether it be lights, mechanical, leaks, A/C, power components, interior or exterior noise, tires, batteries, undercarriage or any other issue that may have presented itself was addressed and resolved on the spot. This car can be driven anywhere and any distance, just as if it were new.

If you are looking for one of the best Pro-Touring 'Cuda rebuilds on the planet, this is probably the one. This Barracuda was featured on Wayne Carini's show "Chasing Classic Cars" in 2016, where he assisted a client in selling it at auction a few years back. Carini said it was one of the finest he had ever seen. From any angle you view this 'Cuda, it appears to be totally original with all the characteristics of the 70 factory build, but as you walk closer to it some of the Pro Touring build characteristics appear, but never overshadowing the actual Cuda look.

Starting with an immaculate body, this '70 'Cuda was stripped down to nothing on a rotisserie and rebuilt into an incredible Pro-Touring modern build.  Built by Time Machines in Tampa, FL, for Mr. Norm's Super Cars, no expense was spared.

Featuring Hemisphere Lime Pearl and Chip Foose Color, and signed by Chip Foose in two places, it has a look like no other. Chip's personal signature in on the core support and the passenger dash, where he writes "Love The Color, Chip Foose", speaking of his own color creation.

Equipped with a 6.1-liter modified HEMI engine with a Kenne Bell twin-screw supercharger on top. The HEMI powers 610 hp to the rear wheels.  Behind the engine is a 6-speed manual Viper transmission with the iconic Mopar pistol-grip shifter.

On the underside, the 'Cuda features a tubular front suspension with AFCO adjustable rollover shocks, and Wilwood 6-piston calipers with 14" drilled and slotted rotors.

The interior has a custom JVC audio system with a 6" monitor, and custom trunk enclosures with Sony amps and subwoofers, Vintage Air and hear, power windows, billet switches, and custom leather and suede throughout finishes off the interior.

Riding on custom 20" Mr. Norm's Trust Alloy Wheels, the car drives as great as it looks.  This build used the best parts and talent in America and comes with all documentation and all photos of the rebuild. 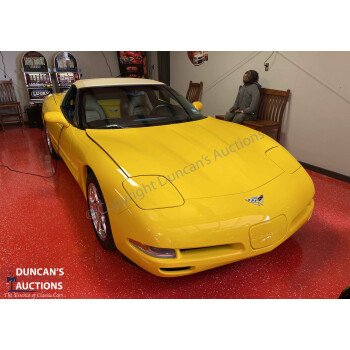 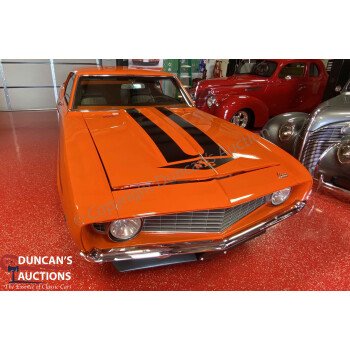 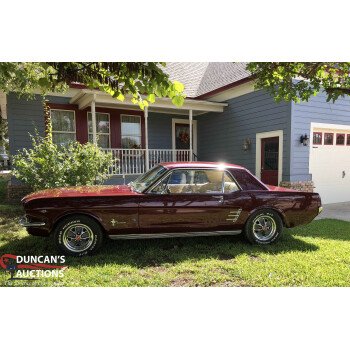