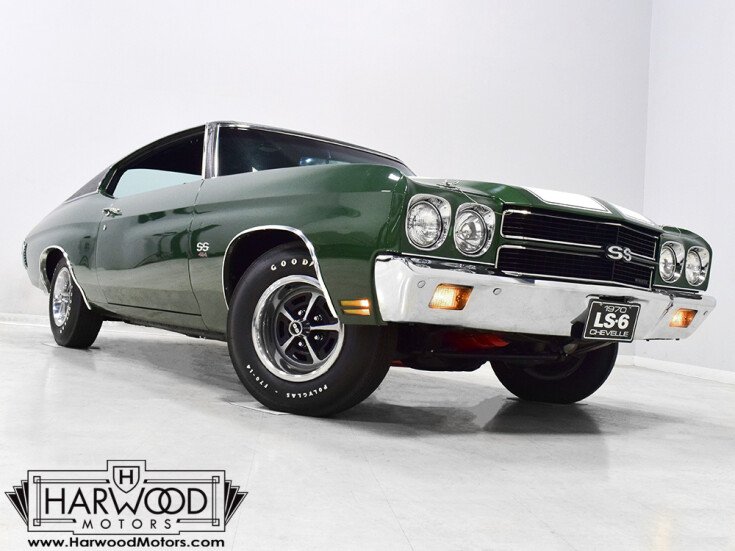 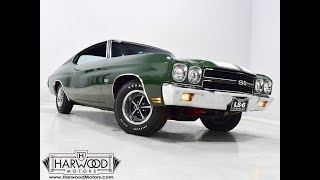 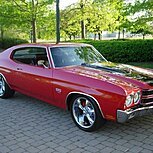 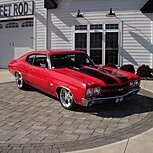 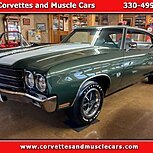 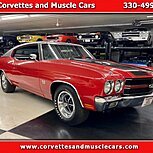 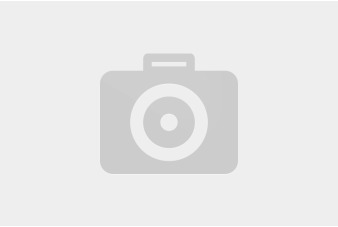 11,679 original miles. Matching-numbers. 3 build sheets. Known ownership history. Please review all the information and more than 130 photos on our website at www.HarwoodMotors.com, which includes documentation, numbers analysis, and photos of all the relevant components.

The summary is that this 1970 Chevrolet Chevelle SS 454 LS6 hardtop is likely the most authentic unrestored LS6 available anywhere. It has 11,679 original miles, is 100% numbers-matching, and is fully documented with THREE build sheets, original Protect-O-Plate, and a known ownership history from Day One. It has been freshened but never restored, and wears its original paint, interior, and trim, and carries its original LS6 engine that has been freshly rebuilt. It will be very difficult to find a better LS6 than this.

Here are all the relevant details on every single critical component on this incredible LS6:

Intake manifold
Casting no: 3963569 (correct for LS6)
Casting date: not visible without disassembly

The rest of the car needed nothing but cleaning. The original factory-applied code 48 Forest Green paint is almost as new, and, in fact, we have a letter from owner Randy Becker to the president of the Chevelle club complaining that he was tired of all the “experts” telling him that the car HAD to be a repaint because it was so nice. All the readings on a paint thickness gauge are between 3 and 5 mils, with nothing over 8 mils, which suggests factory paint. All evidence points to this being original paint on this incredible Chevelle. The black vinyl top is also completely original and in spectacular condition. The chrome and stainless trim has never been removed and shows almost no wear or signs of age.

The original black bench seat interior was removed and cleaned, and while it was disassembled they found not one, not two, but THREE completely intact, legible build sheets. The optional U14 Rally Gauges are all operational and it carries its original 6500 RPM LS6 tach. Everything works except the clock, and the radio powers up but does not pull in stations which is likely due to a broken wire from the windshield-mounted antenna (the windshield is original, and you’d be crazy to replace it to make the radio work). In the trunk you’ll find factory-applied spatter paint, original trunk mat, and the original spare tire that looks like it has never been used.

The original, matching-numbers 454 cubic inch LS6 V8 was fully rebuilt last year with machine work and dyno tuning by Badman Racing Engines. Dyno sheets show a rather stout 463 horsepower and 512 pound of torque, right in line with what a proper LS6 should be making. This is unquestionably the car’s original engine, with a correct date stamp, suffix code, and partial matching VIN on the stamping pad. It is most certainly NOT a restamp or a forgery and the car has its credentials in order. It starts and runs superbly, and is surprisingly docile for such a monster of a 1970 powerplant. Even the mechanical valvetrain is quiet and well-behaved. It’s savagely fast, I’m sure (with only a few hundred test and tune miles, it’s not yet time to hammer on it), but it also just works like a car should work. Easy starts, nice idle, smooth power, no fussiness in traffic. Impressive.

At the same time, the original, numbers-matching TH400 3-speed automatic transmission was rebuilt and Walt’s racing torque converter was replaced with a proper unit. Out back, the 4.56 gears were replaced by original-spec 3.31s on a Posi, and yes, that’s the original rear end housing with correct date codes. It also carries a Gardner exhaust system with correct stamping codes, which cost several thousand bucks all by itself. 14-inch SS wheels carry F70-14 Goodyears.

Please review the photos and information , because this is an extraordinary find. Few Chevelles are more correct than this one and thanks to the low mileage, it remains in exceptional condition. For the enthusiast who seeks the best, this car will measure up in every way that matters. You will look for a long time before finding a better LS6 Chevelle than this. Call today!

For information and130 photos of every detail on this car, please visit www.HarwoodMotors.com 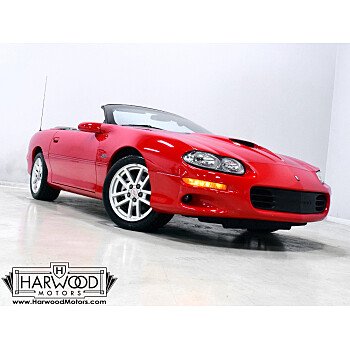 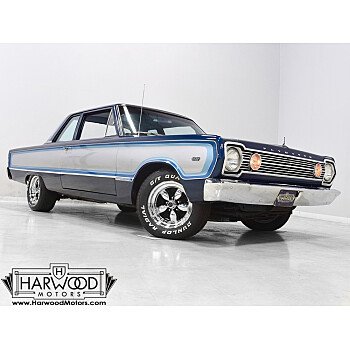 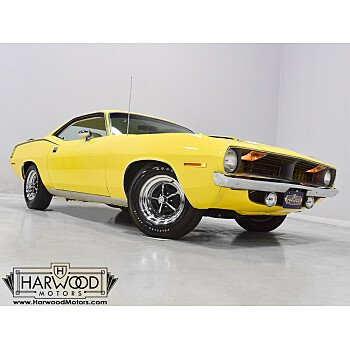