1969 Oldsmobile Cutlass Coupe Oldsmobile first used the Cutlass name on an experimental sports coupe designed in 1954. It rode a 110 in (2,800 mm) wheelbase and featured a dramatic boat-tailed fastback roofline and stock V8. Its platform was similar to the compact F-85 introduced seven years later. For consignment an Oldsmobile Cutlass from 1969. This car retains most of its original look, panels and interior, but has a fair amount of body filler throughout which is covering some underlying rust on the body. Trimmings are fairly shiny, and bumpers are still looking good. The original pre 1970 avocado green is reserved for the interior and shows some slight water damage and soiling. An unrestored engine bay and you could say we have a survivor on our hands in 1969 Olds form. Exterior This 2-door grocery getter car was designed to be a good looker, with some power added in, but pretty much a non-muscle Olds. A split vertical ribbed grille leads the way with dual flanking headlights on either side. A central bump up front for the front bumper and curve down for the hood come together to split the front grille. White paint covers all the metal surfaces which have areas throughout of body filler and repairs from previous attempts. Some cracking off of the paint is noted around the rear deck and on the rockers rust bubbling can be seen under the paint. Shiny trimmings, in particular the beltline spear which wraps around the midsection of this coupe adds a nice highlight to the curved early coke bottle design. Pointy bullet-like curves for the front and rear of this car with integrated chromed bumpers finishing off the look on front and rear. Standard white wall tires on all 4 corners, and dog dish coverings are all around. Interior A swing of the door and we are in pre 1970s avocado green heaven. It is everywhere and save for some wear and soiling, it is looking interesting. Door panels have triangular vinyl pattern with tuck and roll stitching, some wavy trimmings on the delineating and a solid green vinyl panel below the arm rest. Seats show up in green as well with tuck and roll lighter green bordered by some dark green piping, and low headrests. A split front bench in front and a full rear bench all in avocado are noted. The original molded vinyl dash has a trio of inset large circular gauges. Control buttons and sliders are mounted in a strip just below these gauges, and all is well within ergonomic reach of the driver. A/C and the original AM/FM radio are mounted into this dash. Green carpeting covers the floors and is slightly faded, just a little soiled, but mostly good condition. The green headliner is still tight, but slightly soiled. This interior has me green with avocado envy! Drivetrain A gold painted block and valve covers show off this 350ci V8 which sits in this unrestored engine bay. It is not original to this car but is of the similar year to this car (ca. 1968-1970). It has a single 4-barrel carburetor atop and a TH350 transmission on back which is a 3-speed automatic. A 12-bolt rear puts power from the mill to the rear wheels. This transmission is also not original to this car according to the numbers. Undercarriage Plenty of patina worn off undercoated surfaces are noted when up on our lift. Rockers have some heavy surface rust where the frame off the frame meets them. The car is still structurally sound but with the heavy surface rust it may eventually need to be addressed. Independent coil springs for the front, and a 4 link with coil springs for the rear suspension, also showing some surface rust along with power disc brakes for the front and power drums for the rear. A newer exhaust system is seen installed. Drive-Ability She fired right up and off to the test track where it performed well. Smooth acceleration, smooth shifting, and bias free braking on the panic stop. I noticed the horn was inoperable, reverse lights not working, and the heater blower did not want to work for me. Also, the A/C belt has been removed so it is unsure as to if it works as well. A surviving example not perfect but retaining its original nice lines and trimmings. Not a muscle car but a nice design with a great green interior. A Holiday Coupe version in need of some TLC but all the fixings are there! VIN DECODE 336879M427353 3-Oldsmobile 36-Cutlass S 87-Holiday Coupe 9-1969 M-Lansing, MI Assy Plant 427353-Sequential Unit Number TRIM TAG ST 69 33687-1969 Cutlass S 2 Door Holiday Coupe BDY LAN427688-Lansing Body # TR 942-Green Vinyl PNT 57 59-Glade Green, Meadow Green 06D-4th Week June Build 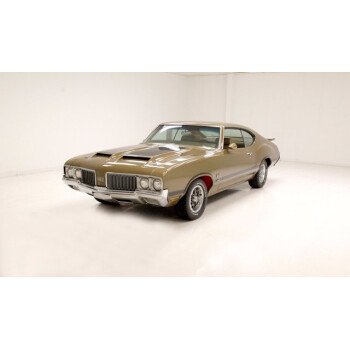 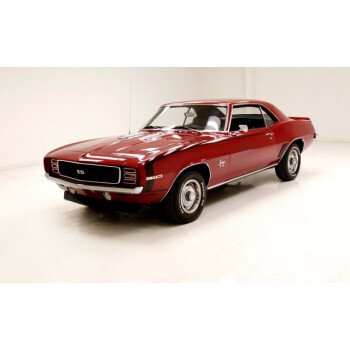 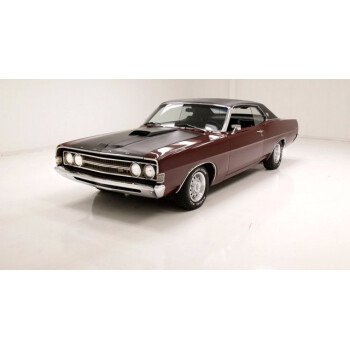 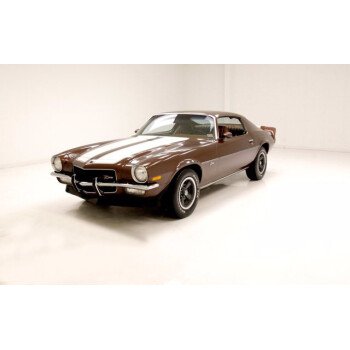