1969 GMC C1500 Pickup Beginning in 1920, GMC and Chevrolet trucks became largely similar, built as variants of the same platform, sharing much the same body sheetwork, except for nameplates and grilles though their differences, especially engines, have varied over the years. GMC advertising marketed its trucks to commercial buyers and businesses, whereas Chevrolets advertising was directed towards private owners. Beginning in 1928, GMCs used Pontiacs 186 cu in six-cylinder engines in their lighter trucks. Medium-duty trucks relied on Oldsmobile straight-6 engines, while the heaviest trucks used GMCs own Standard Big Brute engine. From 1939 to 1974 GMC had its own line of six-cylinder engines, first the inline sixes known as Jimmys from 1939 to 1959, and then their own V6 from 1960 until 1974, of which a V8 and a V12 version also existed. Additionally, from 1955 through 1959, the less than 2-ton, domestic GMC gasoline trucks were equipped with Pontiac V8s, and Oldsmobile V8s-whereas the Canadian models used Chevrolet engines. GMC dealerships were partnered with Pontiac, Oldsmobile and Buick dealerships. For consignment, the right year to have GMC C10 due to its clean lines, and overall attractive look. And this one is even better because it hasnt been molested, modified, or even repainted, a survivor if you will. Assembled in sunny California then, according to our consignor, used as a firetruck then as a camper, this GMC is retaining almost all of its original charm. With a new main fuel tank and lines, some new exhaust components, fluid changes, various other maintenance, and a fresh Pennsylvania state inspection this consignor stated, (but not verifiable), 24,353 miles former worker bee C10 is ready to become the truck of your dreams. Exterior With yellow paint which was applied in the 1969 this truck is showing with patina, fading, battle scars, and surface rust, but amazingly very little invasive rust. Save for the bottom of the doors and leading edge of the underside of the hood, all is solid. The original grille presents nicely with its quad outboard headlamps and rippled but shiny bumper below. The gaps are just slightly off, however overall, its straight and the panels are all steel. Various holes, drilled not rust, are noted throughout the body and are from different iterations through the trucks life. Twin accessory doors, along with an electrical hook up have been added to the 8 bed sides and on the inside, we note a surface rusted and well used steel bed floor. Standard 15 steel wheels with full GMC wheel covers hold the truck to the road and are wrapped in like new blackwall rubber. Interior A swing of the doors and we see molded vinyl panels mixing with yellow steel. The black vinyl has embossed Sheridan Style carving. A simple black rubber mat is below, and a body colored ribbed steel roof is above creating a truly great color combination. Slipping inside we are met with a tear free sprawling bench seat with textured black vinyl bolsters and nice gray cloth inserts. The Sheridan pattern appears down the center of the seat back and runs forward along the bottom cushion. The original soiled 2 spoke steering wheel fronts the black padded top all steel dash in yellow. In front of the driver is a black cluster surround with a bevy of gauges and in the center, we see the factory AM radio along with the chrome AC/heat slides. On the floor next to the drivers seat is a travel tank switch which allows you to run from the main fuel tank or either of the added extended range fuel tanks. Drivetrain Resting in the surface rust and patinaed engine bay we see the original 396ci V8. We see some of the original orange/red paint peeking through the patina on the valve covers and intake manifold but all else is covered in a fine coating of rust that only comes with age and lack of use. A 4bbl carburetor feeds this big block mill, making an impressive 310hp. Sending the power to the 12 bolt rear axle is a TH400 3-speed automatic transmission. Undercarriage Unrestored and patina riddled is the presentation for the underside. Surface rust has appeared on nearly every surface, but no invasive rust is noted. Independent coil spring suspension is on for the front, while a leaf spring arrangement provides the ride in the rear. All new power drum brakes are on all 4 corners and a new exhaust system is noted. Twin auxiliary fuel tanks are now on under the bed for those long, long hauls. Drive-ability I made my way behind the wheel of this GMC and with the turn of the key and the candles were instantly lit. The truck runs smoothly, sounds fantastic, and handles surprisingly well for a truck. Power steering and brakes make it really drivable. I noticed a few things on our test jaunt, the AC is inoperable, (the drive belts are off under the hood), the heater doesnt work, and a taillights needs to be fixed, (our consignor states that they will have the heat and tail light repaired). A solid honest truck with a bit of an interesting history. Still presenting with its original body, paint and interior, this truck can be anything you want it to be. Preserve the patina, maybe a full blown frame off restoration, or even take this back to its fire truck glory days...hmmmm Ive always wanted to drive a firetruck... VIN DECODE CE10DZA11087 C-4x2 E-V8 10-1/2 Ton D-Pickup Z-Fremont, CA Assy Plant A-1969 11087-Sequential Unit Number 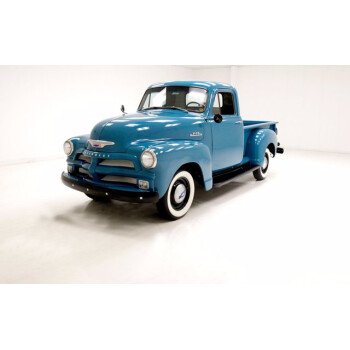 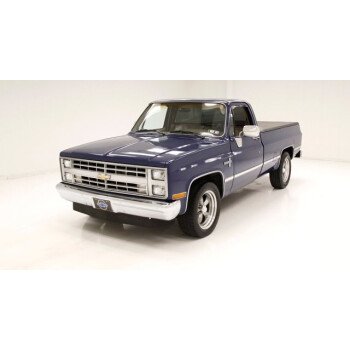 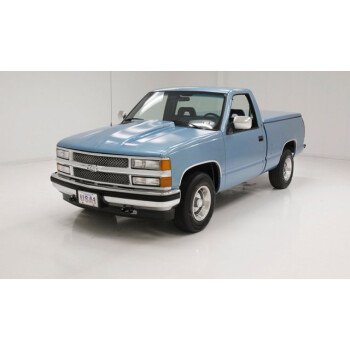 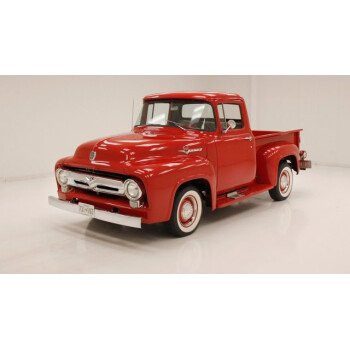