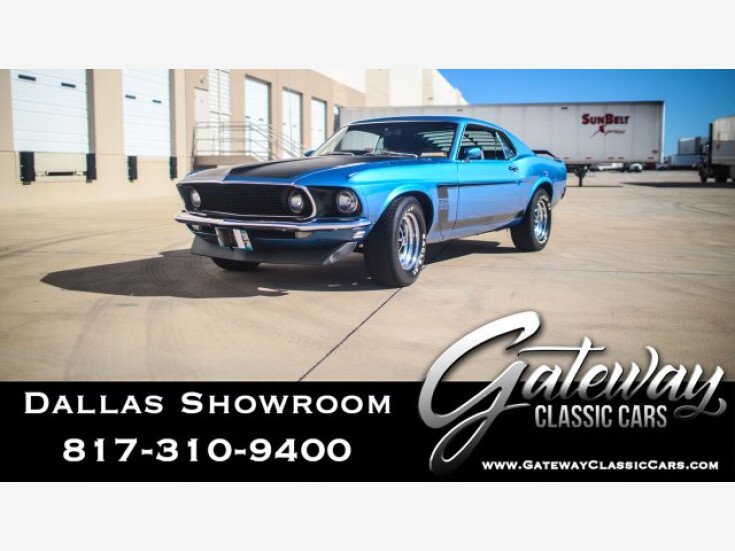 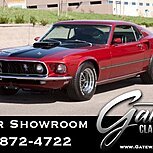 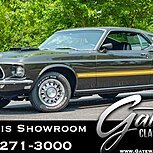 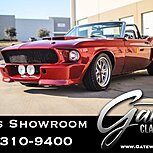 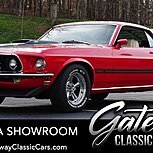 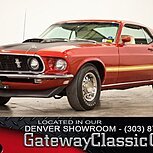 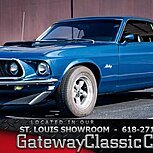 For sale in our Dallas/Fort Worth Showroom is a 1969 Ford Mustang Boss 302. This Very original and low owner car has been loving maintained and has survived its 50 year history very well. Factory color combination, Acapulco blue with Blue/Black interior. 78,000 original miles, Correct numbers matching 302/290 HP factory block, original 4-speed manual transmission, 3.91 Traction-Lok differential, optional axle ratio, Special handling suspension, Special cooling package, Functional front spoiler, Power front disc brakes. Argent painted Magnum 500 wheels Original service books and records, 1,628 Boss 302?s built in 1969. 1,238 came with Close Ratio 4-speed transmission, of which 276 were painted Acapulco Blue, of those, 78 had Black Knit High Back Bucket Seats, of them, 21 had Magnum 500 Chrome Wheels, of which 15 were ordered with a 3.91 Traction-Lok axle, This is a rare specd car. Acapulco Blue is a striking color on the Boss 302 and this color was only available on 1969 Boss 302s and not used on the 1970 Boss cars. The car came with standard disc brakes on the front, larger sway bars, heavier duty spindles, reinforced shock towers, a four speed transmission (all that was offered), and most importantly, the solid-lifter Boss 302 engine with its free-breathing Cleveland style heads, which had valves larger than most motors over a third larger in displacement. This G Code Boss 302 engine was rated at 290 horsepower, but actual horsepower was more like 350 hp. Insurance companies began penalizing cars that were rated over 300 hp. The race versions made over 450 horsepower at over 8,000 RPMs. When Ford hired GM executive vice president Semon Bunkie Knudson in 1968, he brought with him another big-name GM talent, stylist Larry Shinoda, who had been instrumental in the design of Chevrolets Mako Shark concept car and the resulting Corvette Sting Ray. The first fruit of their collaboration at Ford was the 1969 Mustang, most notably the Boss 429 whose mission was to homologate the new 429/375 HP Semi Hemi engine for NASCAR. Close on the heels of the Boss Nine was the Boss 302, the purpose of which was to depose the Chevrolet Camaro (which, ironically, Shinoda had designed before leaving GM) from the SCCA Trans Am series throne it held in 1968 and 1969. The 1969 Boss 302 offered here from exemplifies the template by which the 1970 edition would secure the Trans Am title. Produced at the Dearborn Assembly Plant on May 26, 1969, it was sold new in South Carolina, one of 338 finished in Bright Yellow with a Black standard interior. The Boss 302 engine uses 10.5:1 compression, forged rotating assembly and high flow heads from the 351 Cleveland engine for a factory rating of 290 HP; the requisite Borg Warner 4-speed transmission and optional 3.91 Traction-Lok differential complete the Boss potent drivetrain. Special Handling Suspension, power front disc brakes and wide rubber on Argent painted Magnum 500 wheels made the Boss, in the words of Car & Driver magazine, the best handling Ford to ever come out of Dearborn. Well cared for ever since, this exemplary Boss 302 comes is complete and ready for a new collection after its long tenure with the current owner! Warranty Number: 9F02G194598 Year: 9 1969 Plant: F Dearborn, MI Body Series: 02 SportsRoof Engine: G 302 4v V8 Boss Unit: 194598 194598 Miscellaneous Vehicle Data Body: 63A SportsRoof, Standard Interior Color: 6 Acapulco Blue Metallic Trim: 4A Black Vinyl and Black Knitted Vinyl, Hi-Back, Standard Interior Date: 29E May 29, 1969 D.S.O: 43 Milwaukee Axle: V 3.91:1, Traction-Loc Trans: 5 4-Speed Manual To view this vehicle in greater detail including 100+ HD pictures and videos, visit our website at www.GatewayClassicCars.com. For additional information on this 1969 Ford Mustang Boss 302, email us at dallas@gatewayclassiccars.com or call 817-310-9400. 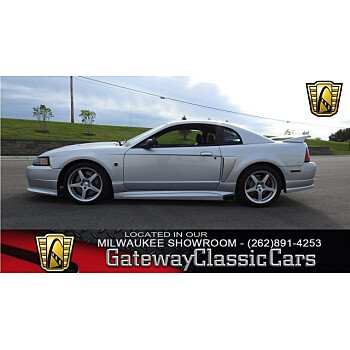 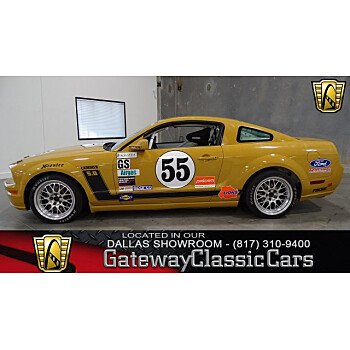 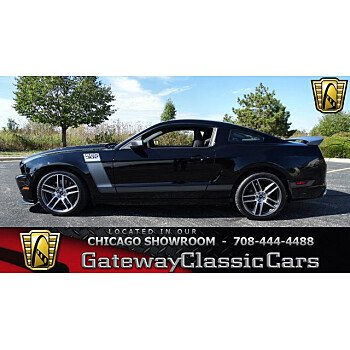 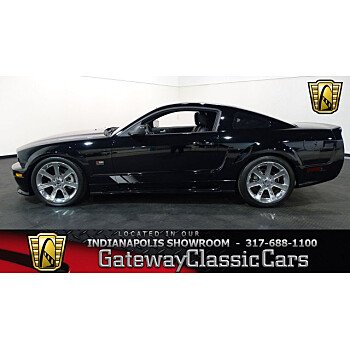