1969 Ford Bronco Ford launched the first Bronco in the fall of 1965 for the 1966 model year, designed as a competitor to the International Scout, the Jeep CJ-5 and to a lesser degree the rarer Toyota FJ40 and the Land Rover Series II. The Bronco gravitated to the plusher side of the off-road experience, designed to be a little more city- and suburb-friendly than the more spartan Jeep of the day, but ready to go hiking when needed. The first-gen model was produced from 1966 until 1977. By this time a number of larger competitors emerged, including the Chevy K5 Blazer, Plymouth Trailduster, Dodge Ramcharger and GMC Jimmy. Very soon the Bronco appeared small and outmatched compared to these wider pickup-based models with more powerful V8s. For consignment, a truck that was sold to a customer when new, then sold back to the dealer who sold it originally and took it to hunting camp. When this interest was outgrown, our current consignor bought the truck and did several replacements and upgrades. We give you a 1969 First Gen iteration of the Bronco from the blue oval. Exterior With its boxy design everything is kept simple including the front blackened grille with its central F O R D badge and rectangular turn signal lights. A small chromed bumper frames the bottom, and as we move our eyes rearward, we see a more boxy design which is all steel and maintains well minded gaps. All this straight steel is bathed in Harbor Blue paint with a white painted pinstripe at the belt line and Bronco badging on the front quarters. A white metal top has a shiny roof rack atop. On the back is a tailgate for easy access to the back portion. Standard clean FoMoCo wheel coverings are wrapped in black wall off road rubber. Interior Vinyl in white tuck and roll with an upper wood appliqu panel, float in a field of harbor blue metal framing for the door panels. Buckets are upfront and are of the low back variety. A bench is in back and these seats all have new seat belts. The floors are of utilitarian snakeskin paint and sport black Ford badged floor mats. More tuck and roll white vinyl cover the vertical surfaces throughout the truck and black flooring abounds. The headliner is white painted steel with extra reinforcing struts and showing just a bit of paint chip off. Upfront the original dash is in white for the front which houses a few simple gauges, the radio and some pulls. A black vinyl padded dash top is above and fronting this clean utilitarian dash is an original black steering wheel. Its a 3 on the tree model with a Mustang-esque floor shifter for the 4x4 mode. Drivetrain Under the hood is a nice looking blue painted black and valve covers 302ci V8. It is topped with a 2-barrel carburetor featuring special floats to battle fuel flooding or starvation during off-roading in steep terrain. A number of other systems were beefed up to make it able to handle itself off-road, including a larger oil pan and a more capable fuel pump. The original 3-speed manual transmission on back. The rear axle is 3.50. Undercarriage The floors and frame are all painted in undercoating which is heavy in some areas. Body hangers and rockers are all good and rust free. Up front, this Bronco features coil springs with radius arms, with leaf springs in the rear. This setup made it a little more on-road friendly than some of its competitors. Drum braking is on all 4 corners and the transfer cases are looking nice and solid and leak free. Drive-Ability A quick starter and nice driver. We did not go off road, but by the looks of the condition of the undercarriage, it can certainly do so with ease. Nice power on the acceleration, and braking was bias free on the panic stop test. A few dents and dings from previous encounters with various hazards and carelessness of others, and just a bit of orange peel can be noted with the respray. All rust free though under and upside, and a snappy original looking interior. A nice clean example in classic form right out of 1969 kids! VIN DECODE U15GLF11605 U15-Bronco G-302ci V8 2bbl 205hp L-Michigan Truck Assy Plant F11605-Sequential Unit Number 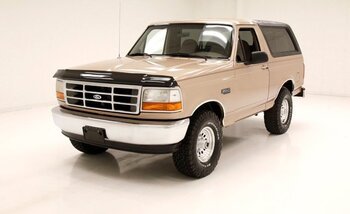 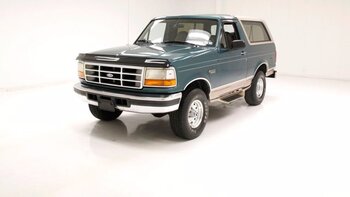 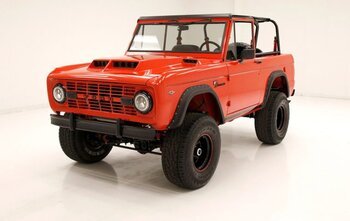 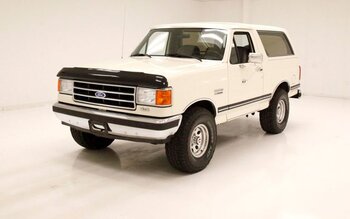