Gateway Classic Cars of Atlanta is proud to offer this 1969 Dodge Coronet R/T. The Coronet name served Dodge dated all the way the back to 1949. When The muscle car era really started to blow up in the mid 60s the Coronet was an absolute heavy hitter. These cars could be equipped with giant high-performance engines like the 383 440 and the epic 426 Hemi. In 1968 the Coronet Charger Roadrunner and GTX set the bar very high for young buyers looking for something not only stylish but fast. Very fast! Mopar was notorious for building muscle cars that stood out in the crowd. These cars were offered in high impact colors like Sublime Lemon Twist Panther Pink and Plum Crazy just to name a few but some were low-key high performers such as this one. Few cars spark more imagination and awe then the Mopar B-Bodies from 1968 1969 & 1970!Our 69 Dodge Coronet R/T is equipped with Mopars biggest motor available at the time the 440ci matched up to a 3-speed 727 torque flight automatic transmission. Wearing a Classic Gold paint job this Coronet demands attention at every traffic light car show or drag strip! Adding to the tough yet beautiful look this Dodge also has the desirable unique Bayou Green vinyl seats. The vehicle is also equipped with power steering. This vehicle is 1 of only 4810 Dodge Coronet R/Ts built with a 440 and automatic transmission. This 1969 Dodge Coronet RT is for sale by our Atlanta Showroom and can be viewed in greater detail including 100+ HD pictures and an HD video at www.GatewayClassicCars.com. For additional information please call our knowledgeable staff at (678) 894-4833 or email us at Atlanta@GatewayClassicCars.com. 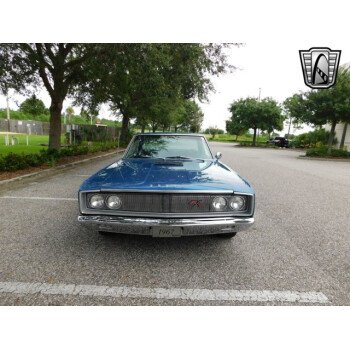 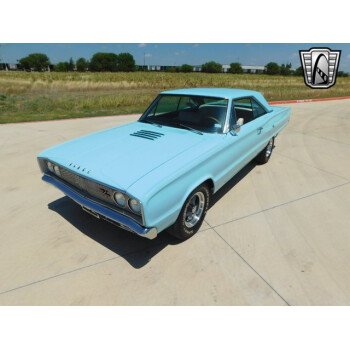 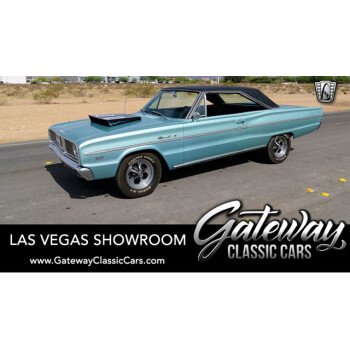 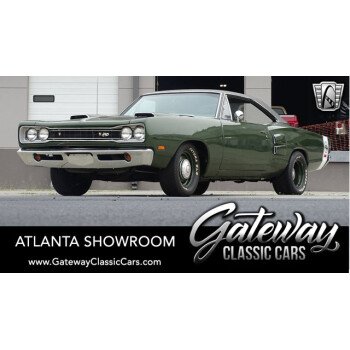