Presented is an extremely clean and well restored Chevelle SS396 - Retaining its original numbers matching engine, this Chevelle underwent a 1,000 hour nut and bolt rotisserie restoration in 2018 that included new wheels & tires, new glass, new exhaust, new brake system, and new fuel system. A rebuilt Muncie 4 Speed transmission and 12 Bolt Rear end with 3.55 gears round out the drivetrain. With Power Steering and Power Brakes, this Iconic Muscle Car is extremely easy to drive! As clean as the topside and interior are, the underside of the car is immaculate front to back. This is a no excuse Chevelle!!! Great lease rates and Financing also available on any of our inventory! Buy Sell Trade Consignments Welcome! Please email concierge@fusionluxurymotors.com or call 1-818-773-8181 About the Chevelle: Part of the General Motors A-Body platform, the Chevelle was one of Chevrolets most successful nameplates. Body styles include coupes, sedans, convertibles and station wagons. Super Sport versions were produced through the 1973 model year. Ford released the mid-sized Fairlane in 1963, to which Chevrolet responded with the 1964 Chevelle based on a new A platform design. Riding on a 115-inch wheelbase, the new Chevelle was similar in size, simplicity, and concept to the standard-sized 1955-1957 Chevrolet models. The Chevelle was the U.S. auto industrys only all-new car for 1964 and was positioned to fill the gap between the small Chevy II and the full-sized Chevrolet models. Introduced in August 1963 by Bunkie Knudsen, the Chevelle filled the gap for Chevrolet with sales of 338,286 for the year. Originally conceived as an upsizing of the Chevy II with a unibody platform which originated with the XP-726 program, GMs senior compact A-platform used a body-on-frame construction using a suspension setup similar to its full sized automobiles with a 4 link rear suspension. The Chevelle Super Sport, or SS represented Chevrolets entry into the muscle car battle. Early 1964 and 1965 Chevelles had a Malibu SS badge on the rear quarter panel. The second generation Chevelle was launched in 1968 and adopted a long-hood/short-deck profile with a high rear-quarter kick-up Hardtop coupes featured a semi-fastback and a flowing roofline. 1969 Chevelles were billed as Americas most popular mid-size car. They showed only minor changes for 1969, led by revised front-end styling. A single chrome bar connected quad headlights with a revised front grille, now cast in ABS plastic, and a slotted bumper held the parking lights. Taillight lenses were larger and more vertical, flowing into the quarter panels. Smaller side marker lighting bezels were phased in. Front vent windows began to fade away now that Astro Ventilation was sending outside air into several Chevelle models. The Chevelle lineup slimmed down to Nomad, 300 Deluxe/Greenbrier, Malibu/Concours, and Concours Estate series, and the base 300 series was history. No longer a series of its own, the SS 396 turned into a $347.60 option package for any two-door model. Fewer SS396-optioned 300 Deluxe coupes and sport coupes were built than their Malibu counterparts and they are solid gold for collectors. The Super Sport option included a 325-horsepower 396-cubic-inch V8 beneath a double-domed hood, along with a black-out grille displaying an SS emblem and a black rear panel. All 1969 Chevelles had a new locking steering column one year ahead of the Federal requirement, and headrests required for all cars sold in the U.S. after January 1, 1969. 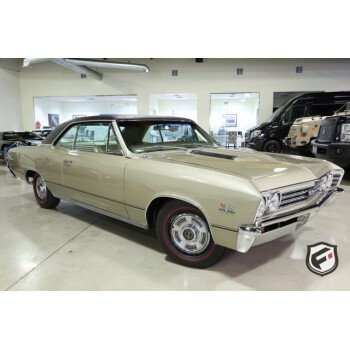 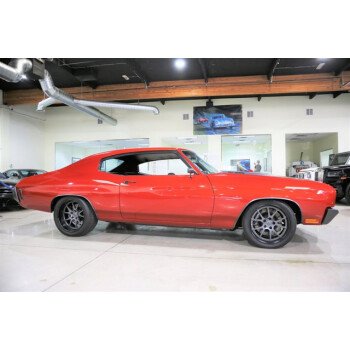 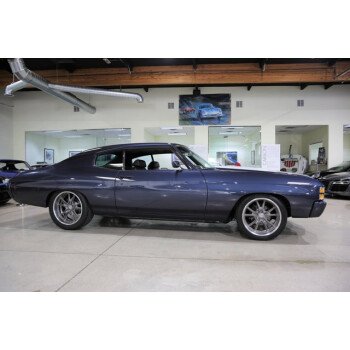 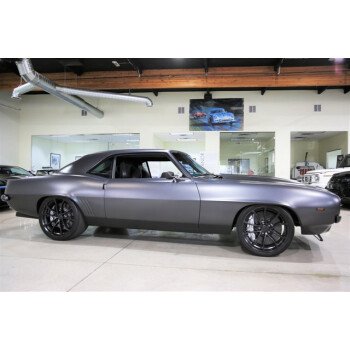