Gateway Classic Cars Houston is proud to present this beautiful Victory Red 1969 Chevrolet Camaro Z/28 tribute. First generation Camaros are highly sought after and with 1969 being the final year of Gen1 production they represent the pinnacle of Chevrolets first generation of Pony Cars. This red-on-red Camaro represents the culmination of a true gentleman driver concept for its restomodedness...its no slouch on the road; but it was not conceived to be a pavement-wrinkling beast full of the typical issues that one must deal with when building a street monster. Rather than taking the beast mode path this ones powered by the ever reliable but still quote potent 327 CID V8 which has been mildly performance modified. An Edelbrock 4BBL carb sits atop an Edelbrock aluminum intake and headers have been installed to improve the exhaust scavenging from the Double Hump iron heads sucking those spent fossils into the Flowmaster-equipped dual exhaust. A big aluminum radiator complete with electric fan (to augment the belt-driven clutch fan) further helps keep the mill cool during those occasional times that you get caught in rush hour traffic because you couldnt not drive this slick ride to work (today). Behind the peppy 327 is the ubiquitous GM TH350 3-speed automatic transmission which spins the gears in the Posi rear end and makes for smooth cruising. Its also been improved with power steering a power front disc brake conversion and an SSBC proportioning valve which all serve to substantially improve this Camaros drivability vs its original state. This classic 69 rides on an equally classic-looking set of Cragar S/S wheels which are shod with P245/40ZR17 performance radials in front and P275/40ZR17 out back; so it sure handles better than it did in 1969! Heading inside youll find a matching red interior with a Bosch 3 dial auxiliary gauge cluster a fresh dash pad and a new center console. If you like red this Camaro will keep you happy! From the headliner to the synthetic leather seating surfaces and on to the carpet youll note what good condition everything is. The owner of this 69 has had it for 17 years and he has focused on keeping this a true drivers car avoiding the tendency to veer toward either the trailer queen end of the spectrum or the cant catch me racer end. In keeping with the daily driver-capable theme Vintage Air HVAC was installed a Classic Car Stereos AM/FM/Bluetooth head unit Polk Audio speakers and Black Max Ceramic Window Film were all added to round out this package. They all come together nicely making this 1969 Chevrolet Camaro Z/28 tribute a tribute indeed. 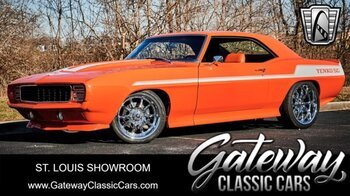 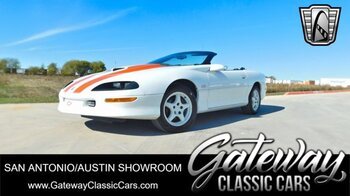 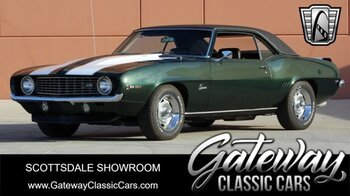 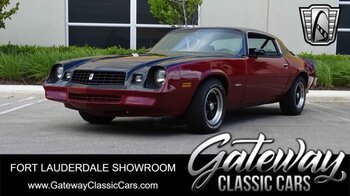