1968 Ford Mustang Coupe The Mustang created the category of the pony car, a reference to its distinctive horse logo. The name encompassed all the competitor cars that were built to try and match the Mustangs success. An example is the Chevrolet Camaro, which also cemented the image of a sporty vehicle with a sleek style. Even Ford couldnt have predicted how successful the car would be. On the opening day, 22,000 units were sold, and dealerships were taking waiting lists for several days after. For consignment, a Mustang showing off a recent paint job, clean interior and all around good looks. It has the standard 302ci V8, but it is not original to the car. Interior is black vinyl and has a few areas of creasing and shows some wear. A fine running car though just needs a little extra TLC to finish it off. Exterior Bathed in a nicely applied Highland Green, straight steel abounds, and the gaps are consistent and straight. But we do note a few touched-up chips on various panels. The iconic hockey stick cove is present in the rear quarters, and it flows into the doors. From the new front bumper, grille galloping horse and rocker trim all chrome is very nice with no dimpling or dulling including the new rear bumper as well. For 1968 styling becomes slightly more aggressive on a simpler grille and deeper headlights, and on the back the former outward V shaped sergeant stripe taillights have now been inverted to inward, but still using 6 individual lights. Original wheels have been replaced with 14-inch styled steel wheels, wrapped in raised white lettered BFG tires. A black vinyl top is on and showing as overall very nice but does have a repair area on the right rear of the roof. This is the dollop of whipped cream on top if you will. Interior Black vinyl covers most surfaces including the door panels which show in good condition. The front buckets have a nice tuck and roll insert and smooth bolsters. Also, there are some creases in the vinyl which has a nice patina. A rear 2 plus 2 matching bench stretches from side to side and is in good condition. Occupying the hump between the seats is a black console with a brushed aluminum inlay. This holds the seat belt receivers and the new shifter assembly before swooping up to meet the dash and showing off a roll up door cubby. The dash is appearing like it did in 1968 but has an aftermarket stereo replacing the original, but otherwise its just the way that Ford made it with wood applique, textured black plastic and body matching green steel. Also, an ivory LeCarra rally style padded steering wheel has replaced the original. The black carpet remains nice but does show with a few areas of light fade and a new black headliner hangs above. Drivetrain Under the signal marker equipped hood, in the lightly patinaed engine bay, is a consignor-stated 302ci V8. Under the chrome air cleaner and between the Powered By Ford ribbed valve covers is a Edelbrock 4bbl carb that feeds precise amounts of fuel and air to the engine via a Holley intake manifold. An upgrade in the form of an AOD 4-speed automatic transmission is in back with a Ford 9-inch 2.79 TrakLok rear axle. As per our consignor, a new starter was recently installed, and a Mallory electronic ignition lights the fire. Undercarriage A slight coating of surface rust is seen on some usual suspects, (suspension and brake components but structurally rust free for the unibody, floor pans and rockers. We do note some invasive rust in the rear of the drivers shock tower but all else remains solid. We see independent coil springs for the front suspension and in the rear are traditional leaf springs along with a rear sway bar. The whoah factor is handled by drum brakes on all 4 corners with the benefit of a new master cylinder. Snaking headers drop down from the blue mill and feed back through a pair of Turbo mufflers before ending with chrome tips under the rear valance panel. Drive-Ability This car fired right up, and after a bit of a warm up period, ran very smoothly, drove beautifully, and had good acceleration and handling. It is a good highway cruiser as well. It is also noted it has a nice engine sound emanating from the exhaust. Overall, our drive was pleasant but a few frowns crept up. The horn didnt blow, the radio didnt turn on, the heater blower moved no air, and the reverse lights would not illuminate. Well done and not like your steak, a driveable restoration that is 90% finished, just a bit more TLC will bring this well running example up to snuff. Its all there in our South mallway, ready to be driven away into the sunset. VIN DECODE 8T01C138226 8-1968 T-Metuchen, NJ Assy Plant 01-2 Door Hardtop C-289ci V8 2bbl 138226-Sequential Unit Number WARRANTY TAG BODY 65A-Mustang Hardtop, Standard Bucket Seats COLOR R-Highland Green TRIM 2A-Black Vinyl DATE 27M-December 27th Build DSO 13-New York AXLE 2-Ford 8 2.79 Conventional TRANS W-C4 Automatic 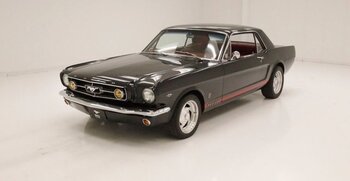 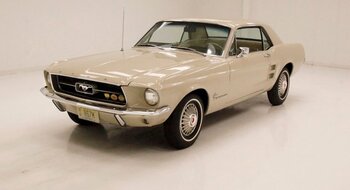 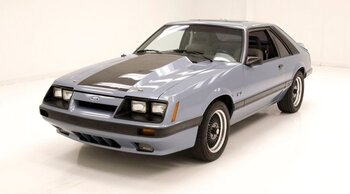 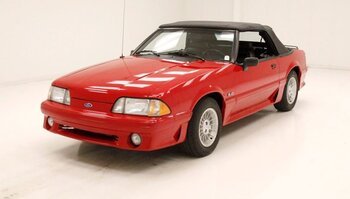