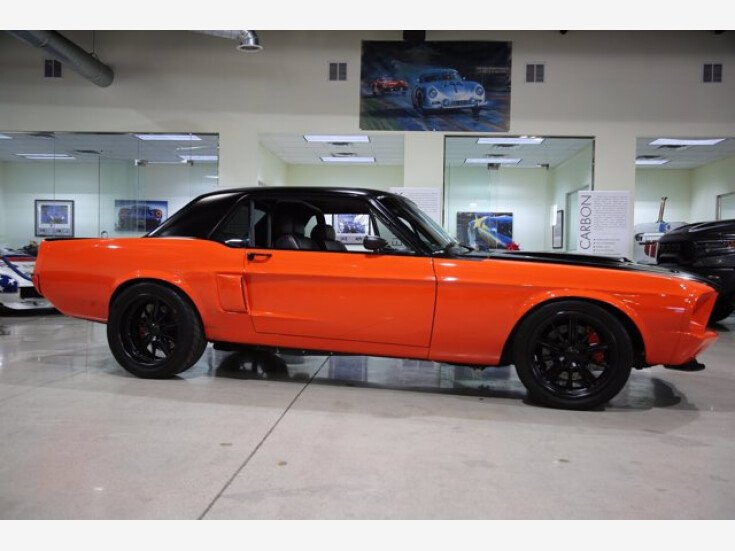 Presented is no expense spared 68 Resto-Mod Mustang that Goes as well as it Shows. Every aspect of the car has been professionally built using top of the line components throughout. A complete and extensive binder documents the components of this amazing Stallion. Power is delivered from an Aluminum Side Oiler 427 V8 mated to 5 Speed Tremec manual transmission. Braking is handled by Wilwood Disc brakes that are cooled by custom direct air inlets. Simply too much to list on this amazing build!! - Aluminum Side Oiler 427 V8 - Hilborn Fuel Injection with Stacks and Holley ECU - Tremec 5-Speed Manual Transmission - American Auto Wire Harness - MSD Ignition - Electric Fuel Pump - Aluminum Radiator - Twin 14 Inch Spal Fans - Custom Headers and Side Exit Exhaust - Total Control Rack and Pinion - Total Control Coil Over Front Suspension - Total Control Top and Bottom Control Arms - Total Control Weld In Sub-Frame Connectors - Total Control Bolt In Center Support Sub-Frame - Chris Alstons Chassisworks Coil Over Rear Suspension - Wilwood 4 Wheels Disc Brakes and Master Cylinder - Currie Rear End - Vintage Air A/C - Tilt Steering Column - Custom Center Console with LED and Power ports - NuRelic Power Windows - NVU Gauge Cluster - Sound Deadening Material throughout - Budnik 18 Inch Wheels In a world filled with Fastback Mustangs, this coupe brakes the traditional mold and is very well done and striking!!! A beautiful car that can not be built for the money asked and is an exceptional value!! Great lease rates and Financing also available on any of our inventory! Buy Sell Trade Consignments Welcome! Please email concierge@fusionluxurymotors.com or call 1-818-773-8181 About the Mustang: The Ford Mustang has been in continuous production since 1964, the Mustang is currently the longest-produced Ford car nameplate. Currently in its sixth generation, it is the fifth-best selling Ford car nameplate. The namesake of the pony car automobile segment, the Mustang was developed as a highly styled line of sporty coupes and convertibles derived from existing model lines, initially distinguished by long hood, short deck proportions. Originally predicted to sell 100,000 vehicles yearly, the 1965 Mustang became the most successful vehicle launch since the 1927 Model A. Introduced on April 17, 1964 (16 days after the Plymouth Barracuda), over 400,000 units in its first year; the one-millionth Mustang was sold within two years of its launch. In August 2018, Ford produced the 10-millionth Mustang; matching the first 1965 Mustang, the vehicle was a 2019 Wimbledon White convertible with a V8 engine. The success of the Mustang launch would lead to multiple competitors from other American manufacturers, including the Chevrolet Camaro and Pontiac Firebird (1967), AMC Javelin (1968), and Dodge Challenger (1970). The Mustang would also have an effect on designs of coups worldwide, leading to the marketing of the Toyota Celica and Ford Capri in the United States (the latter, by Lincoln-Mercury). The Mercury Cougar was launched in 1967 as a higher-trim version of the Mustang; during the 1970s, it was repackaged as a personal luxury car. For 1965 to 2004, the Mustang shared chassis commonality with other Ford model lines, staying rear-wheel drive throughout its production. From 1965 to 1973, the Mustang was derived from the 1960 Ford Falcon compact. From 1974 to 1978, the Mustang (denoted Mustang II) was a longer-wheelbase version of the Ford Pinto. From 1979 to 2004, the Mustang shared its Fox platform chassis with 14 other Ford vehicles (becoming the final one to use the Fox architecture). Since 2005, Ford has produced two generations of the Mustang, each using a distinct platform unique to the model line. Executive stylist John Najjar, who was a fan of the World War II P-51 Mustang fighter plane, is credited by Ford to have suggested the name. Najjar co-designed the first prototype of the Ford Mustang known as Ford Mustang I in 1961, working jointly with fellow Ford stylist Philip T. Clark. The Mustang I made its formal debut at the United States Grand Prix in Watkins Glen, New York, on October 7, 1962, where test driver and contemporary Formula One race driver Dan Gurney lapped the track in a demonstration using the second race prototype. His lap times were only slightly off the pace of the F1 race cars. The Ford Mustang began production five months before the normal start of the 1965 production year. The early production versions are often referred to as 1964 models but all Mustangs were advertised, VIN coded and titled by Ford as 1965 models, though minor design updates in August 1964 at the formal start of the 1965 production year contribute to tracking 1964 production data separately from 1965 data with production beginning in Dearborn, Michigan, on March 9, 1964. 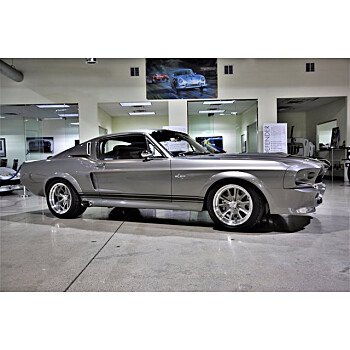 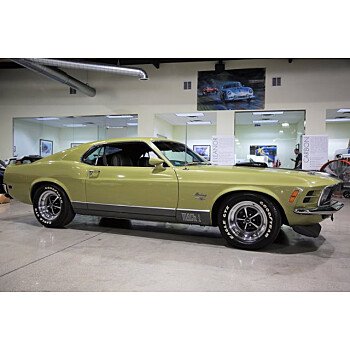 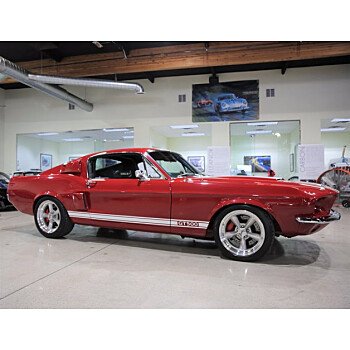 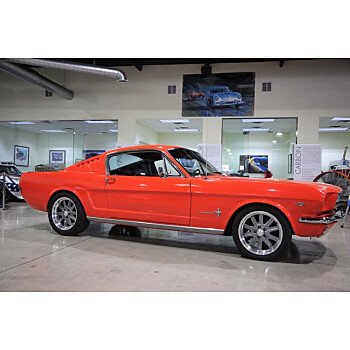