Convertible Car for sale by Daniel Schmitt and Co. in Saint Louis, Missouri 63074 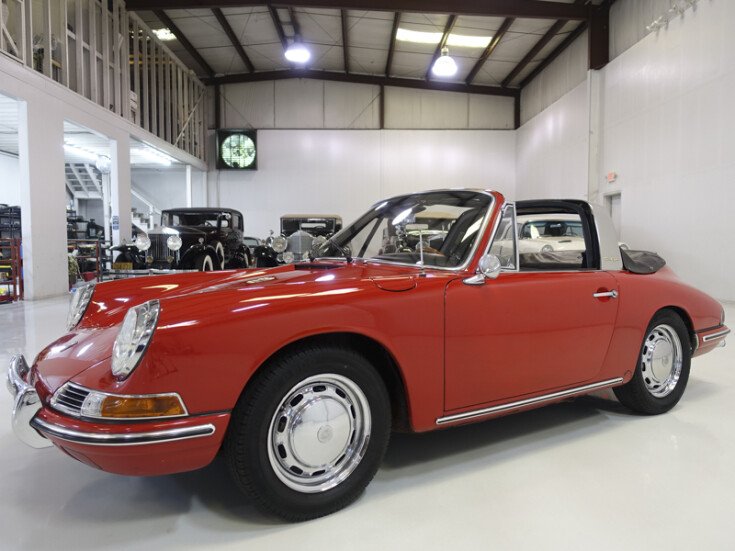 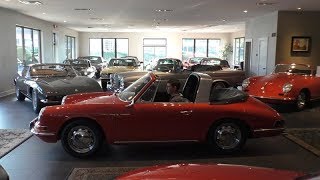 California car since the early 1970’s

The ideal example to drive and enjoy

One of the best and most documented 912 Targa’s that can be found on the market today!

A dream for the Porsche collector or enthusiast

The 1967 Porsche 912 Soft-Window Targa featured here is finished in stunning Polo Red over a black interior with a matching black soft window boot. This particular example was completed in January 1967 and was the 3rd production 912 Targa produced for that year. Shortly after, the car was sold new through the Schultz Agency in Düsseldorf, Germany. By the early 1970’s, this 912 had relocated to California where it was meticulously maintained and later restored. Today it presents wonderfully while the accompanying copy of the factory Kardex verifies that the numbers matching European specification engine is still in place. A plethora of additional documentation is also present including the owner’s manual, Targa instruction manual, Blaupunkt manual, previous registrations and an incredible amount of invoices dating back to 1974! Classic cars have proven to be among the most resilient and rewarding investments in recent years with the Historic Automobile Group Index (HAGI) jumping 39% in 2013, 16% in 2014 and 17% in 2015 while posting gains of 467% over the last 10 years. Ready to make an investment you can actually enjoy? Please contact one of our expert sales consultants for more information. They will be happy to give you a complete walk-around, supply you with a more detailed description, and answer any questions you may have. Buy with confidence.

History of the Porsche 912
While it has been suggested that Porsche did not originally intend for the 911 to be a replacement for the 356, when the 911 was first shown in 1963 it made the 356 design appear rather dated. Porsche quickly surmised that the new 900 series design would be the successor for the 356, and 356 production halted in 1965. This resulted in a fusion of the 356SC 4-cylinder engine into a 911 body; and thus, the Porsche 912 was created. First offered in the middle of 1965, the 912 Porsche weighed 200 pounds less due to its lighter engine. Some still argue that the 912 is a more balanced and better handling car than the early 911s. The 912 engine benefited from many years of development during 356 production, which made the 912 a very desirable model upon its release. 912 production began during April 1965 with bodies being constructed in house by Porsche and by the coachbuilders at Karmann. Along with the new 911 Porsche was also interested in offering a convertible option though, at the time, a traditional convertible was deemed unsafe. Therefore, Porsche introduced the Targa instead, which featured a reinforcement bar fitted over the driver and passenger seats. Targa models were exclusively built in “soft window” form (until late 1967) and they characteristically featured a plastic rear window that could be unzipped. Porsche advertised the Targa soft-window as “four models in one” and production lasted until 1969 when the “soft-widow” was replaced with a hard glass rear window. Today the 912 has become quite collectible, especially in “soft-window” Targa form. 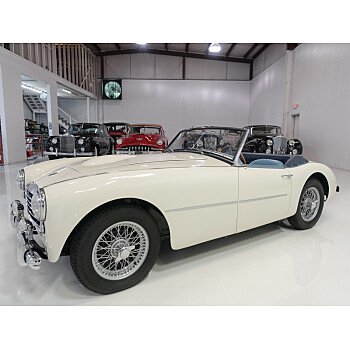 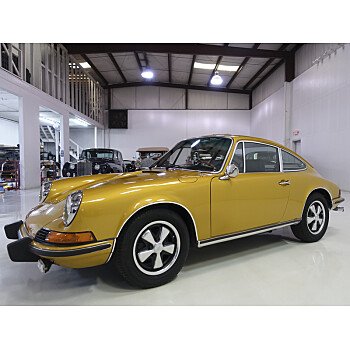