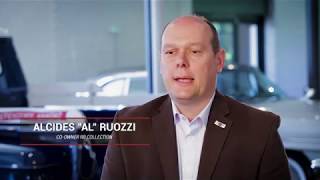 Morgan Motor Company looks set to continue building its unique Vintage-style cars well into the 21st Century. Indeed, the Morgan 4/4 is the world's longest running production vehicle, today's version being recognizably the same car as its 1936 forebear and none the worse for that as the ever-lengthy waiting list would seem to confirm. After formative years spent in the drawing office of the Great Western Railway, engineer H F S Morgan progressed to automobile manufacture, showing his first three-wheeled car at Olympia in 1910.

This rare 1967 Morgan 4/4 series V, competition is 1 of 270 produced, and was dispatched on January 3rd, 1967, destined for the United States where it was sold new by Charles Kreisler, New Jersey, USA to Col. Benton H Elliott, a Marine highly decorated officer who served his country for 23 years in World War II, Korean, and Vietnam wars. In 1979, the car was sold to Mr. Tom Scheffner who kept a full report of all maintenance during the period of 1971 to 1980. Fully restored in 2004, pictures available, the car was originally finished in white, but currently wears a very nice red finish. In 2004, the car was acquired by the consignor - a prominent British car collector – who has enjoyed the car in the last years.

Mechanically, the car sounds and drives nicely. Our in-house restoration experts have inspected this great car and performed a full service on brakes, replaced the tie rod, and changed all fluid. This is a tidy and attractive car, perfectly enjoyable on the road and very effective on track.

Presented in gorgeous red with a black interior, it is a very attractive car with a general mellowing of the restoration that invites regular enjoyment. Quality of the paintwork is very good, and the car is pleasingly detailed with attractive brightwork and finishing. The cockpit features factory-style black leather upholstery and carpets which in excellent condition.  The sale includes Top, Original Tonneau Cover, Service Docs, and Restoration Photos. 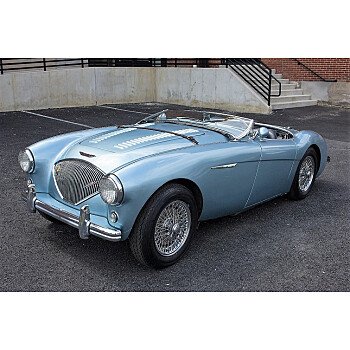