We feel that the Jaguar E-Type can be described in one word: Timeless. A car ahead of its time, Jaguar had taken the technology from their D-Type race cars and incorporated it into the production E-Type. Debuting at the 1961 Geneva Autoshow, Enzo Ferrari fell in love, calling it the most beautiful car ever made. The flowing body lines start at the hood with the headlights that were covered for not only aesthetics but also aerodynamics. Four wheel disc brakes were implemented along with independent suspension for an unparalleled ride. The cars performed well on the track and had impressive 0-60 times at 6.4 seconds and a top speed of 150 mph. From 1964 to 1967, Jaguar upgraded the gearbox from a semi-synchronous to a full and increased the motor volume from a 3.8 to 4.2 liters with the same horsepower but an increase in torque to 283 ft/lbs. All these features made this car one of the most respected pieces of automotive history. Accolades included Sports Car International hailing the E-Type as the best car of the 60s and the third greatest car of all time only falling behind the Ferrari 250 GTO and the McLaren F1. Even today, the Jag E-Type is a blast to drive and one of the most fun times you can have behind a steering wheel. This particular car was delivered in the early summer of 1967 to Sault Ste. Marie, Michigan as a LHD series 1.25 (as stated by Bonhams). After being sold to its second owner in the Carolinas, it remained in storage for quite some time before being restored by Amazing Grace Classic Cars in 2016. During the restoration, the car was repainted to the factory original Opalescent Maroon over black with black top, the original engine rebuilt, along with a refresh of the factory suspension, transmission, brakes, and new wiring harness. The interior was reupholstered in black leather and new top fitted. It made its restoration debut at the 2016 Santa Fe Concorso winning the Directors Award then went on to complete the Santa Fe 500 Road Tour. It is offered with what is believed to be the original 38699 miles, matching numbers block and cylinder head, as well as a Jaguar Heritage Trust Certificate. If you are looking for a great classic Jag that is fit to run in a rally or just a cruise around town, this is just your type...E-Type that is. Trades welcome and financing available! Contact us for more information on this or any other exotic, classic, or vintage cars you may be interested in. 954-522-9900 Contact@motorcargallery.com 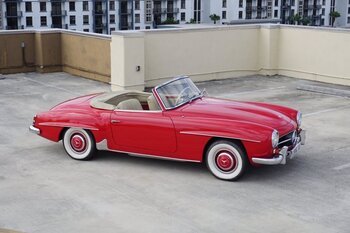 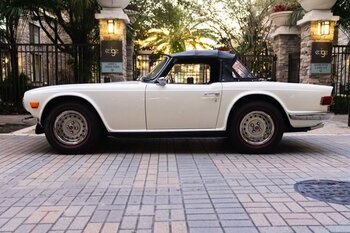 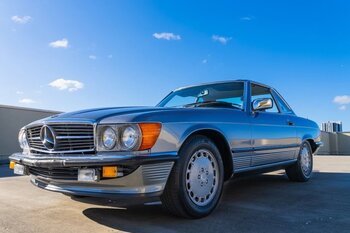 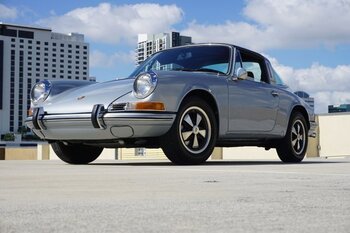