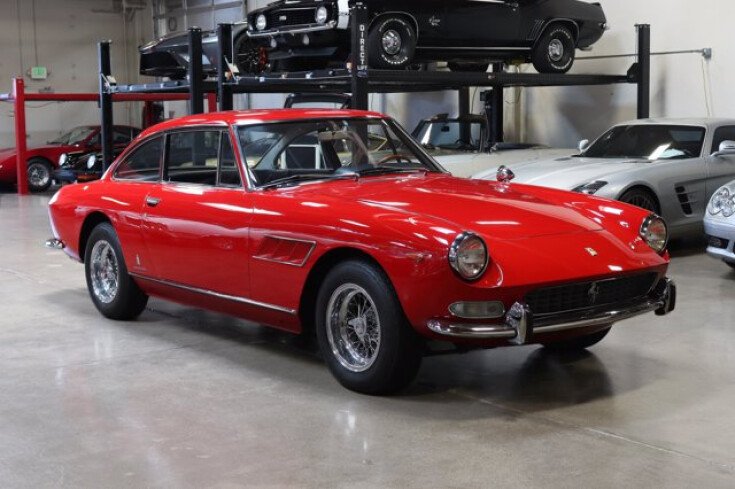 This 1967 Ferrari 330GT 2+2 is one of 455 Series II examples produced, sold new in Italy and later brought to California sometime in the 1980s. The car is believed to have been blue when first built and a prior owner changed to Rosso Corsa during a restoration, it is equipped with its original 4.0-liter Colombo V12 and a five-speed manual gearbox. A $40,000 mechanical refurbishment was performed in 2017, including an engine rebuild (we have receipts). $6k in maintenance was completed in July 2018 (we have receipts). The seller acquired in 2018 and has since spent an additional $10k in maintenance over the last two years, including... brake work, reupholstering the front seats, re chroming the rear bumper, a paint correction, and changing the fluids. This Ferrari 330 now shows 64k kilometers (just over 40,000 miles) and is offered with service records, tools, and clean title.The 4.0-liter Columbo V12 was rated at 300 horsepower, and Series II cars came with a five-speed manual transmission making for crisp acceleration and performance as a whole. The engine was rebuilt during previous ownership in March 2017 by Gran Turismo of Los Angeles, California. In April 2019 the car underwent a service that included a coolant flush, transmission and differential oil changes, exhaust manifold repair, and new exhaust heat shields.In April 2019 the past owner commissioned Gary s Rods and Restorations of Watsonville, California to go over the car front to back, make suggestions toward improving the overall tidy condition and the set out to make it the best car it could be, short of concours excellence but a great driver quality 330 in every way.Knock-off Borrani wire wheels with period correct Michelin XWX tires sized at 205/70. An April 2019 service included rebuilding the brake calipers, installing new brake lines and hoses, and turning the rotors. Interior work performed in 2019 included reupholstering the front seats, refurbishing interior wood surfaces, and installing new sill trim. A wood-rimmed Nardi steering wheel frames a 300-km/h Veglia speedometer and a Veglia tachometer with a 7k-rpm redline. A cassette radio and new speakers were installed by the past owner and function as they should. This 330 is a beautiful example of Italys finest hour, style, performance and class, trade ins gladly considered, leasing and financing available upon approval of credit. 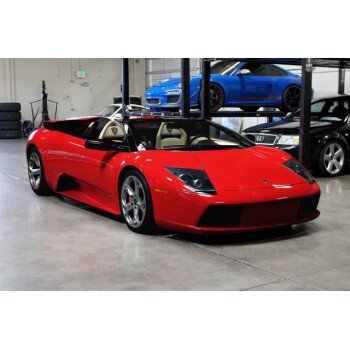 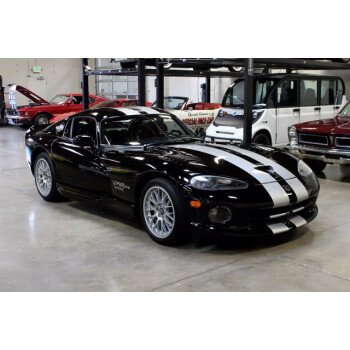