1967 Chevrolet Camaro - Kimball Bros. & Hill Racing Gateway Classic Cars of St. Louis is proud to digitally present to you this incredibly historic 1967 Chevrolet Camaro restored to its original livery when it competed in the American Hot Rod Association Nationals. Drag racing enthusiasts will recognize this Camaro as the original Just for Fun Kimball Bros. & Hill race car that won Gary Kimball the AHRA World Championship in 1969. This 1967 Drag Camaro was built by Larry & Gary Kimball with Don Young of Ronnies Speed Shop. The GM L88 427CI motor is dated with a 1968 VIN Code not original to the car which was common in racing. The engine has several modifications and tricks. The Kimballs bought all their engines from Grumpy Jenkins therefore according to the owner and former Kimball Bros. & Hill team members there is a high probability this is a Jenkins motor. The block has been decked and has value clearance machined cylinder walls. There is a homemade oil baffle system with stick welded pan and oil pickup. The L88 Aluminum heads are date coded June 1967. These closed chambered heads were ported into open chambered with massive values for maximum horsepower. There were weeks of work involved in the development of these rare heads. To top it off the engine has a set of Jenkins carburetors. And mated to the behemoth motor is a custom Doug Nash 4+1 Transmission dated 1971 rebuilt by Liberty Transmission a staple in the drag racing community.After Gary Kimball wrecked the Grumpy III car in 1970 this Camaro was gutted and burned to be an exact replica. The drive train doors and a variety of other parts from the Grumpy III Camaro ended up on this car and remains. The original Grumpy III doors come with the car and include Lexan Glass for weight reduction. The front wheels have been moved back 2 inches to skip the light (trick learned from Jenkins). There were two original hood scoops to run in different classes but one was lost in transport after a race. The hood scoop that remains is date coded with a 3rd mold stamp from AMA. There is a fiberglass front end on this Camaro which differentiates it from the Grumpy III car. The fiberglass front end did come from Jenkins as it was illegal for him to use in the NHRA. There is a Jenkins transmission included with the Camaro that has the Jenkins stamp on it along with the other names that helped build the car.Inside there is a stripped down but fully functional interior which holds onto the classic styling that the Camaro had to offer. Originally the roll cage was fabricated out of exhaust tubing to help cut down on weight just a subtle trick of the trade at the time. During restoration the roll cage was reconstructed by the famous Jerry Hass Racing Shop to meet legal requirements and he remembers this car well from its glory days.Out back you will find a stock Oldsmobile rear end with a 5:13 ring and pinion gear that was a huge help on getting this Camaro down the track and that complied with all legal racing requirements for the racing class of the time. Up front you will find period Cadillac brakes on it that allowed for better stopping power once the vehicle reached the end of the track. The wheels and tires are also date coded 1967 to the era and you will notice the front rims have ring locks on them so the tires would not cut when the front end came back down to meet the track. As a result of this sudden reconnection with the pavement the shock towers were staggered to each side to displace wheel toe when the vehicle front end lifted the ground from pure inertia.The livery on this Camaro matches the Grumpy III museum car that Larry Kimball restored and sold to Mecum. Both cars were originally painted by Oops in Kansas City and made to look the same. The restoration has an exceptional paint job and all the gold graphics were laid in real gold flake the additional decals were professionally installed to match the original scheme. This Camaro has an incredible drag racing history. It was raced more and won more AHRA races than the Grumpy III Camaro. After Kimball Bros. & Hill switched to Vegas the Camaro was purchased by the late Dale Ruff who continued to the race the car for many years including Thunder Valley in Bethany Mo. The drag strip he helped found and owned. The history and provenance of this vehicle is fascinating and part of vintage drag racings legacy. This is a once in a lifetime opportunity to own a significant part of AHRA history!Have a listen to the audio description attached to our video for more information and please feel free to call with any questions regarding this vehicle.This sale of this vehicle also includes the original 1967 restored trailer that this vehicle was transported on at the time. 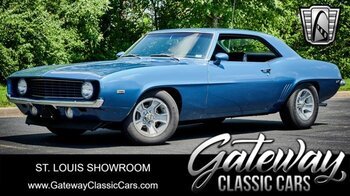 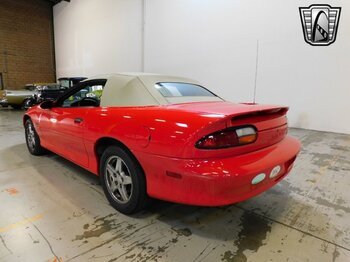 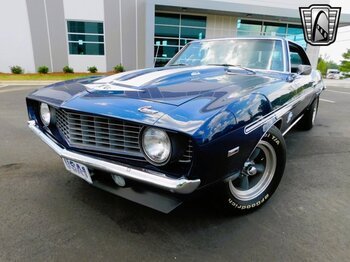 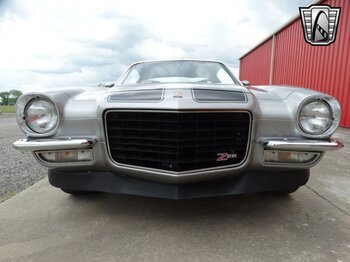