As Fords new Mustang made its sensational debut at the 1964 New York Worlds Fair Carroll Shelby was already hard at work developing the new pony car for competition. By the mid-1960s Shelby was firmly entrenched in the Ford Motor Company hierarchy with considerable influence over FoMoCos ambitious Total Performance motorsport program. The Shelby American Racing Team was poised to win the hotly contested 1965 FIA GT World Championship with the highly developed Cobra Daytona Coupe with heavy backing from Dearborn. With the popularity of production-class road racing spreading like wildfire in America Ford saw the Mustang as the ideal platform to capitalize on its success.The 1965 GT 350 was a pure homologation special that serious racers could run virtually off the shelf. Starting with the already exceptional K-Code fastback the team at Shelby American transformed the boulevard-cruiser Mustang into the white-hot GT 350 by fitting comprehensive suspension upgrades more powerful brakes boosting the Hi-Po V8 from 270 to 306 horsepower and adding race-ready parts like snarling side-exit exhaust a fiberglass hood and much more. With these carefully selected modifications Shelby created a world-class sports car capable of fending off the Sunbeam Tiger Jaguar E-Type and Chevrolet Corvette. Shelbys efforts paid off immediately with a sweep of the 1965 SCCA B/Production National Championship ending Chevrolets 7-year dominance of the class.For the 1966 model year Shelby made several subtle changes to the GT 350 to improve drivability and tame the car for a wider audience. Notably the body featured Plexiglas quarter windows behind the doors to enhance visibility and the flanks now had functional scoops to feed cooling air to the rear brakes. Under the skin the 306-hp Hi-Po 289 remained but Ford added an automatic transmission to the options sheet. Ford also added a range of colors and stripe options to broaden customer appeal while Shelby re-routed the exhaust to the back and gradually phased out Koni dampers to heavy-duty Ford parts to improve the ride quality. But just in case anyone thought the GT 350 was getting too soft a Paxton Supercharger appeared as an option. By the end of 1966 Shelby produced 2380 GT 350s. As the last cars rolled out of Shelby American the brief yet bright era of the razor-sharp GT 350 faded as Ford took over Shelby production and morphed future models away from their racing roots and into soft-edged grand tourers.This genuine documented 1966 GT 350 s/n SFM 6S613 was ordered in December 1965 and shipped to Larsen Ford of White Plains New York. A copy of the original dealer invoice shows this car was originally finished in red with two options selected special 10-spoke wheels and rear seats for a total price of $3868.75. SAAC Records show that the first registered owner was Mr. W. J. Baum of South Orange New Jersey. While it isnt known precisely how long Mr. Buam owned 6S613 the next documented owner was Rick Borer of Madison Nebraska who acquired the car in 1980 and noted it had a hole in the radiator support consistent with the mounting of a Paxton centrifugal supercharger which may have been fitted as a dealer-installed accessory.The ownership chain and history are very well documented thanks to the efforts of the Shelby American Automobile Club and it is known that by the early 2000s a Paxton blower had been re-fitted and the owner lightly modified the car with period-style aftermarket wheels and more. The most recent owner added this GT 350 to his collection in 2008 then commissioned a comprehensive highly-detailed restoration near to original factory specifications. As it was delivered new SFM 6S613 is finished in red with white stripes and rolls on 10-spoke alloy wheels shod with Shelby-specific reproduction Goodyear Blue Streak tires. The paint quality is superb with excellent panel fit and authentic detailing. The all-black cabin is restored using correct materials and finishes with fittings including a dash-mounted Shelby tachometer original AM radio and period-style lift-latch seat belts. The chassis and undercarriage are well detailed to factory specs and notably this car is correctly fitted with Koni dampers which are correct for early 66 models.Beneath the fiberglass hood sits the 289 cubic inch Hi-Po V8 with block stampings matching the Ford VIN on the body shell. It is highly detailed with period-correct labels tags and finishes for an authentic appearance. The original four-speed gearbox was replaced with a 5-speed in prior ownership dramatically improving high-speed cruising ability. The period-correct Paxton supercharger remains in place boosting the small blocks output to nearly 400 horsepower. As part of the restoration the engine was rebuilt by Kinetic Racing Engines in Westland Michigan and the Shelby remains very well-sorted with an emphasis on pure driving enjoyment.Bags of supercharged power a guttural V8 soundtrack and iconic status make this GT 350 the perfect tool for tearing up your favorite back roads and a worthy addition to virtually any significant collection.Offers welcome and trades consideredFor additional details please view this listing directly on our website https://hymanltd.com/vehicles/7365-1966-shelby-gt350/ 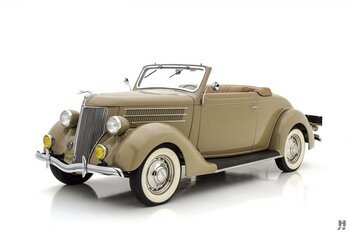 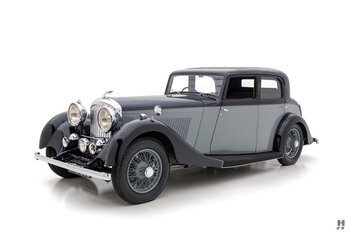 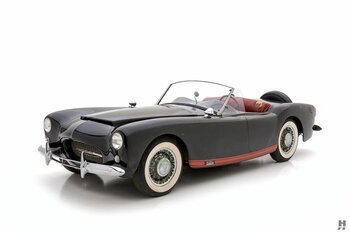 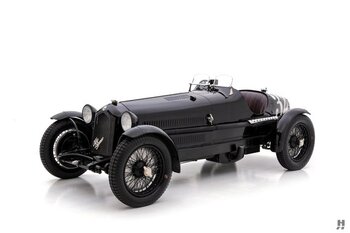