THIS 1966 MERCEDES-BENZ 230 S IS LOCATED IN: MENTONE, CA 92359 The Mercedes-Benz W111 was a chassis code given to a range of Mercedes-Benz vehicles produced between 1959 and 1971, including four-door sedans (1959-1968) and two-door coups and cabriolets (1961 to 1971). Their bodywork featured distinctive American-style tailfins that gave the models their Heckflosse nickname - German for fintail. Introduced with a 2.2-litre inline 6-cylinder engine, the W111 spawned a pair of variant lines which bracketed it in 1961: downscale entry-level inline 4-cylinder engined vehicles sharing the W111 chassis and bodies, designated the W110; and the W112, a high-end luxury sedan built on the W111 chassis with its body but exclusive features, elaborate appointments, and the Mercedes-Benz 300d Adenauers fuel-injected 3-litre M189 six-cylinder engine at the time the companys largest. SEDAN Series production of the 4-door sedan began in August 1959, which made its debut at the Frankfurt Auto Show in autumn. Initially the series consisted of the 220b, 220Sb, and 220SEb. These replaced the (W105) 219, the (W180) 220S and the (W128) 220SE Ponton sedans respectively. The 220b was an entry-level version with little chrome trim, simple hubcaps, and basic interior trim that lacked pockets on doors. Prices were DM16,750, 18,500 and 20,500, with a rough sales ratio of 1:2:1. In May 1965, the 220Sb and 220SEb were replaced by the new 230S. It was visually identical to the 220S,citation needed with a modernised 2306 cm3 M180 engine with twin Zenith carburettors producing 120 hp (89 kW) at 5400 rpm. Top speed is 176 km/h (109 mph) (174 km/h (108 mph) on auto), acceleration from 0-100 km/h (62 mph) is 13 seconds (15 with automatic transmission). As a successor to the 220b, Mercedes-Benz also introduced the 230, with the 2306 cm3 engine fitted into the W110 series car. A total of 41,107 230S models were built through January 1968, when the last of 4-door fintails left the production line. During its ten-year run between 1959 and 1968 a total of 337,803 W111s were built. 1966 MERCEDES-BENZ 230 S CLEAN TITLE IN HAND WHITE EXTERIOR WITH BLACK INTERIOR ODOMETER SHOWS 24,915 MILES I6 ENGINE AUTOMATIC TRANSMISSION INTERIOR IS IN GREAT CONDITION GARAGE KEPT NOT RUNNING DUE TO SITTING THE ENGINE TURNS FREELY AND LAST TIME WAS STARTED ABOUT ONE YEAR AGO HERE IS YOUR CHANCE TO OWN THIS GREAT CLASSIC! 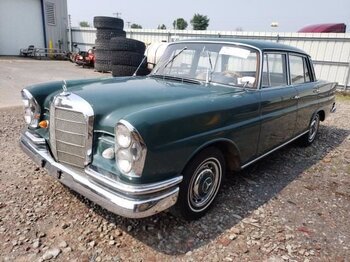 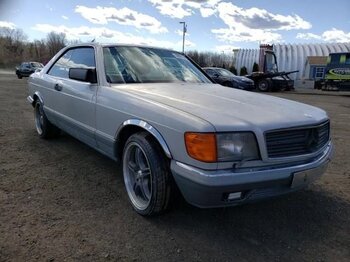 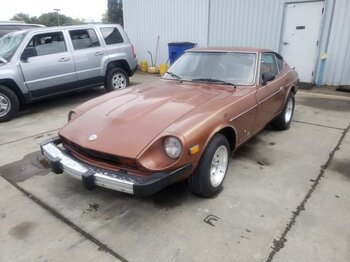 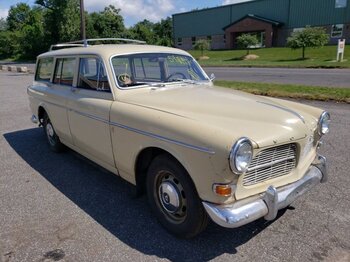