Only 3180 Lincoln Convertibles were produced out of 55,000 Total Units

These Land Yachts are AWESOME! Collectable and Rapidly Appreciating in Value, YES! Also an Absolute Blast to Drive and Take On The Open Road, City or Highway,,, Fun, Fun,,, Fun!

Get Thumbs Up Everywhere You May Go!

All Vitals including and espescially the Rear Deck and Power Top is in working order.

Not Many Produced in This Color. Our Car is Exceptional and a Very Good Example of The Nameplate.

Owned by Same Owner for Many Decades and now publicly offered to you.

The 462 cubic inch V-8 engine with 340 horsepower introduced for 1966 would remain in production for just two years. A new 460 engine with more horsepower and a better emission control design would be introduced late in the 1968 model year.

For the first time since 1961, an all-new Lincoln Continental greeted the new car buying public in Lincoln dealer showrooms. Despite the new styling, the award-winning Lincoln look that was introduced in 1961 was carefully respected. One look and you knew it was brand new, but you also knew it was unmistakably a Lincoln.

Sales increased over 1965, as you would expect with new styling. An increase of 14,575 cars was realized, due mostly to the new Coup model, as 1966 sales of the Sedan and Convertible were very close to their 1965 numbers. Top competitor Cadillac built 196,675 cars for 1966, a new production record, and within throwing distance of the 200,000 mark.

In the luxury car market, there was something to be said for exclusivity, and Lincoln could certainly make a case for that in comparison to Cadillac as could Imperial. Its difficult to feel special when a car just like yours pulls up next to you at the intersection, or parks next to you at the club or restaurant.

Lincolns popularity would continue to grow as the years passed, and Lincoln would eventually become a true concern for Cadillac, especially when Lincoln models began to outsell the comparable Cadillac model.

In addition to styling, Lincoln had a lot of other things new to offer as well. A powerful 462 CID 4V V-8 engine was installed under the hood, developing 340 horsepower. A new integral AM Radio with StereoSonic Tape System played pre-recorded tapes through 4 high fidelity speakers. True stereo separation was achieved with separate front-rear and side-to-side balance controls. The unit was located in the instrument panel.

Convertibles got a new glass rear window for 1966, which was a fixed part of the top and automatically folded into place when the top was lowered. The convertible top itself was custom hand trimmed at the factory, and offered in three color choices: black, white, or blue, each coordinated with interior upholstery colors.

The rear door window on convertibles continued to lower five inches automatically when the door was opened, unless the glass was already lowered six inches or more. After the door was closed, the window would automatically close itself unless it was already partially open. This prevented interference between the front and rear door glass in instan 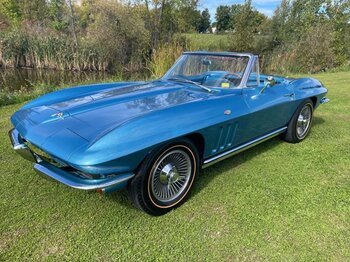 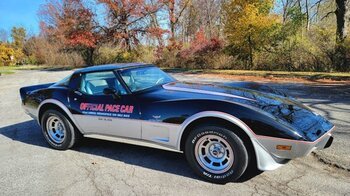 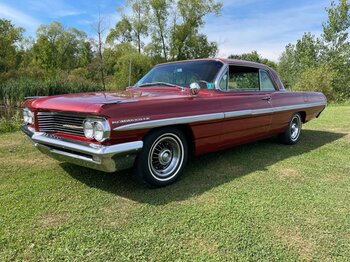