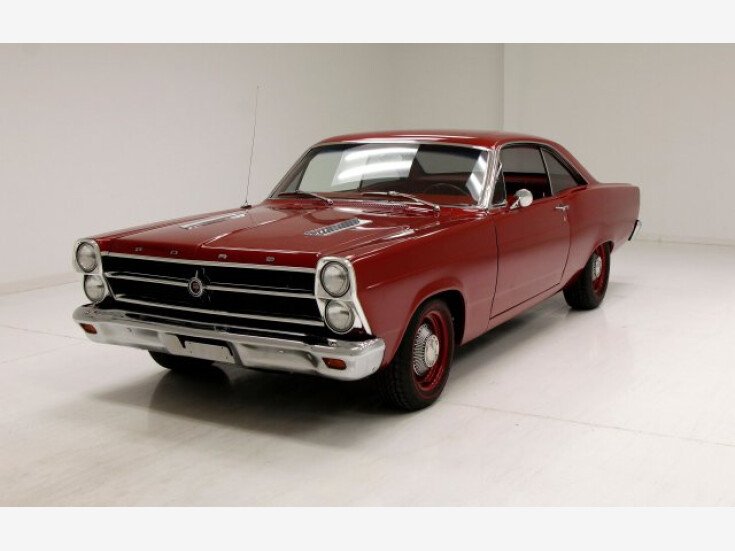 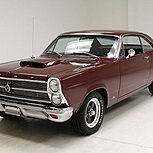 1966 Ford Fairlane GTA GM had surprised the auto industry with the supercar (later known as the muscle car) in much the same way Ford had shaken things up with the Mustang. Though Chrysler had introduced the Barracuda, which sold in distant numbers compared to the epochal Mustang, it took GM a couple of years to generate some worthwhile competition. Similarly, Pontiacs well-received GTO took even the other GM divisions by storm, and their own big-car engines werent shoehorned into the intermediate bodies until 1965. As such, it wasnt until Fords 1966 restyling of the midsize Fairlane lineup that it offered a GT model. For consignment a wonderfully restored GTA (GT-A for automatic transmission.) complete with its 390ci V8 which is most likely the original to this car based on casting dates, fuel injection, and of course the automatic transmission. All buttoned up looking much like a mild-mannered everyday grocery getter. Exterior Going with the mild-mannered look, we can start with the Candy Apple Red painted steel wheels with the Ford badged dish style wheel covers, wrapped in redline tires all around. Resembling a junior league Galaxy with its dual stacked headlamp nose and forward jutting prow, all of this is in very nice condition. Two shining side vents are midway on the hood, and it makes its way back to a nicely trimmed windshield with new glass and chromed side mirror on the drivers door with all other steel panels showing straight and true. Bringing up the rear are the vertical rectangle taillights with a quasi starburst trimmed backup light. The rear bumper is also excellent. Peeking out below are dual chrome tipped exhaust pipes. Paint is an excellent job on the application and final buff. Interior A swing of the door and we are in red and chrome nirvana. Panels on the doors are very well done and we note power windows. A slip inside and the front buckets all with new foam and burlap are draped in tear free red vinyl and sport a nice perimeter of wrap around chrome trim piece. Racing through the center is a small console with a red hump cover and topped in a faux metal around where the gearshift lever is. In the back is a sprawling rear bench stretching from side to side, and it is in showroom condition. The dash is all original and all very clean. A few aftermarket gauges hang below the dash which we also need to mention about has a textured padded vinyl dash top. This is fronted by an original steering wheel, and red plush carpet floods the floors, as a new headliner is stretched above. Drivetrain Beneath the crisp lines of the faux-scooped hood lay Fords formidable S-code 390ci GT engine: 335hp, 11.0:1 compression date coded correct engine. Now with Hedman Headers the block bathed in blue, and plenty of chrome, we now have the block overbored by .060 and an upgraded camshaft within. Atop is fuel injection from F1 Tech Fuel. A C6 3-speed automatic transmission is strapped to the back and a Currie Ford 9-inch 3.73 posi rear throw the power to the blacktop. Undercarriage Nicely painted and all buttoned up underneath, a fully restored undercarriage, we note Wilwood power disc brakes all around, and a clean H pipe dual exhaust working its way from the header pipes to their chrome tipped rears. Drive-Ability Our muscle car specialist and right-hand man took this car for a spin, and noted that it started quickly, ran beautifully, had plenty of power, and all the workings like the heat, wipers etc. were in working order. The beneficiary of a drive train rebuild and upgrade performed by Doug Meyers Engines in 2016, and a frame off restoration during the same time by Queens Automotive Speed Shop in beautiful downtown Macungie, Pennsylvania. We have a date coded correct beautiful all working and straight example of a rare optioned GTA format first year of offerings to the public back in 1966. A definite collectable in pristine condition ready to go and show at the turn of a key. VIN Decode 6A40S227392 6-1966 A-Atlanta, GA Assy Plant 40-Fairlane 500 GT 2 Door Hardtop S-390ci V8 4bbl GT 227392-Sequential Unit Number Warranty Tag BODY 63D-2 Door Fairlane 500 GT COLOR K-Dark Blue Metallic TRIM 82-Blue DATE 25D-April 25th 1966 DSO 27-Cincinatti, OH Assy Plant AXLE 4-3.25 TRANS 4-C6 Automatic 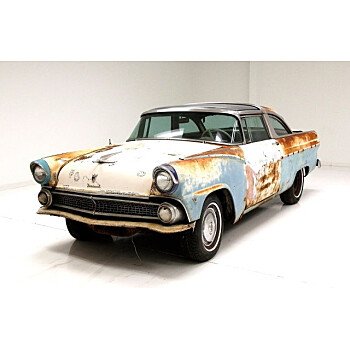 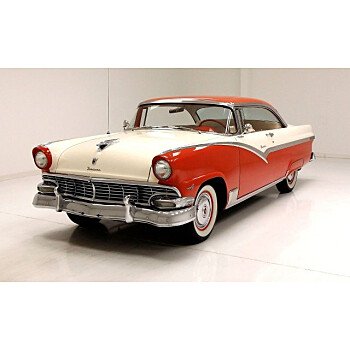 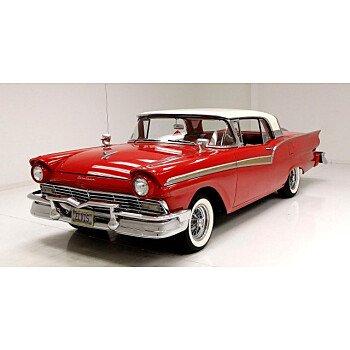 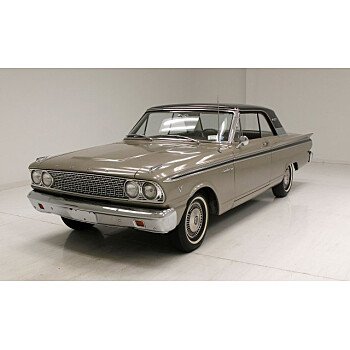