Gateway Classic cars of Las Vegas is pleased to present a 1966 Chevrolet Corvair Monza in Red with a Black interior and White Convertible top.The Corvair remains the only American designed mass-produced passenger car with a rear-mounted air-cooled engine with over 1.8 million produced between 1960 and 1963.This example is of the second-generation produced 1965-1969 that included a body redesign. It carries the 2683cc 2.7 L Flat six known as the Chevy Turbo Air 6 carrying a hotter cam-shaft a revised dual spring cylinder heads and new 2 exhaust. It was able to produce 95 hp and was mated to a synchro-mesh 4 speed transmission with the Saginaw Gear set. Self-adjusting brakes were added in 1963 as well. The 66 Monza also received fully independent suspension for improved handling.This 66 Monza has fresh paint with a white convertible top and black vinyl interior that coordinates well with the black and red theme throughout the car. The interior is in correct black vinyl and carries the Corsa Dash Gauge set as well along with a correct AM Radio for just the right 60s feel.The 60s Corvair Monza Convertible is truly an iconic 60s car and a great way to step back in time when gas was cheap and love was in the air drop the top and enjoy it groove. 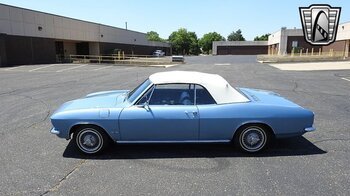 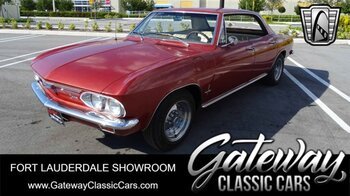 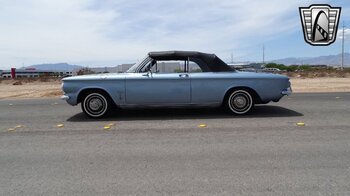 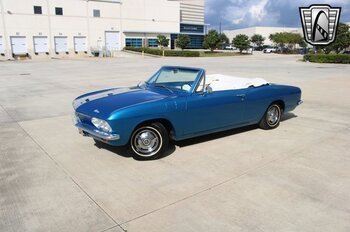