All vehicle trades considered including classics and performance.  We can assist with financing and shipping as needed.

The Shelby Daytona coupe is legendary.  Only six were produced, but with this car Shelby became the first American manufacturer to win an international GT championship (1965).  Such a car is definitely worthy of a tribute, and this one performs that task admirably.  With only 250 miles on the odometer, this Daytona was built with all new parts including a fuel injected 347ci engine, Tremec TKO 600 transmission, 4-wheel disc brakes, and a fully adjustable suspension.  It delivers all the sound and fury you would expect from a Daytona.

This replica is based on a Factory Five platform.  It was completed in 2021 after a three-year build.  The frame and its integral roll cage all show nicely with a gloss black finish.  Note all the fastener markings underneath as well.  The fiberglass bodywork is finished in blue with white racing stripes and white side pipes – the classic Daytona look!  The Kammback tail includes a backup light, rear camera, and license plate bracket.  Additional exterior features include a rear lip spoiler, Le Mans fuel cap, dual bullet side mirrors, and Halibrand style wheels with Nitto NT555 tires (245/45ZR17 front, 315/35ZR17 rear).

The car has a fantastic power-to-weight ratio thanks to a 347ci stroker motor that dyno’d at 415 hp.  Note this modern engine weighs less and makes more power than Shelby’s old 289!  Features include an MSD distributor and Holley Sniper fuel injection.  It makes a wicked sound through the headers and side exhaust, while the big aluminum radiator and electric fan keep everything cool.  Fuel capacity is 15 gallons.

The transmission is a Tremec TKO 600 five-speed with a hydraulic clutch.  Out back is a Moser 8.8” rear end with 3.55 gears.  The Wilwood disc brakes have drilled and slotted rotors with 6-piston calipers in front and 4-piston in back.  The car also has adjustable coilovers all around along with power assisted rack and pinion steering.

The interior features a pair of black fixed-back bucket seats with 4-point Simpson harnesses.  The dashboard and trans tunnel are finished in faux carbon fiber that gives a nice look alongside the aluminum panels.  There is a full set of gauges including a GPS speedometer.  The Sniper control unit and backup camera monitor are mounted in the center along with switches for the lights, turn signals, horn, and wipers.  Note this car does not have window panels or a heater / defroster.  Rear compartment access is through a hinged glass panel.  A Wilwood pedal assembly is present and an attractive wooden steering wheel is mounted.  A second detachable steering wheel is also included.

This Daytona also comes with the complete Factory Five assembly manual along with additional diagrams, instructions, and component sheets.  Further, with a supplier as accessible and stable as Factory Five, there is no mystery as to parts or support in the future.  This is an important consideration with any replica as so many manufacturers seem to disappear overnight.

Shelby Cobra replicas have been popular for years and are not that uncommon.  However, the more recent Daytona models are much harder to find.  And while an original may be worth $20-30 million, this one can deliver all the same excitement with even better performance for less than 1% of that price.  All in a turn-key, street legal thrill ride that you probably won’t see at your next car show. 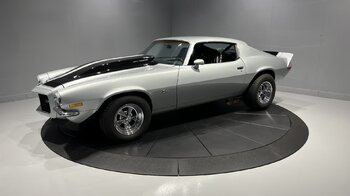 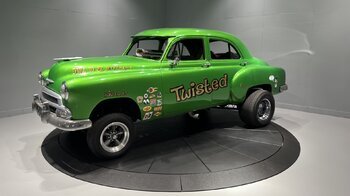 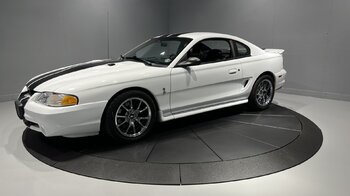