1965 Plymouth Belvedere II In 1965, the muscle car wars were raging and engine power was everything. In January of that year, the Beach Boys recorded Shut Down a song about a drag race between a 1962 Super Stock 413 Dodge Max Wedge and a 1963 fuel-injected Corvette Stingray, and that pretty much summed up the action on American streets and strips for the era. Drag racing was the hot competition, and every American automaker wanted to win NHRA titles in the factory stock classes. No expense was too high to put muscle on the strip. That commitment led to some legendary low-production factory-built racing cars. Purchased by our consignor in 1993 at the Mopar Nationals, held at Indianapolis Raceway Park due to a lack of room at the Hebron, OH facility and meanwhile Ronnie Sox set a new lot E.T. when he took on a Corvette ZR1 in a new production Viper, man the good old days sure were good. Now for consignment, a former Florida car until 1993 and starting out life as a mild-mannered slant 6, this Belvedere II has had a healthy engine upgrade, and an unmolested body in a respray of the original hue, along with some other goodies thrown in for good measure, and pure tire burning excitement. An original interior with a matching seat and Ive taken the way back machine to 1965. Exterior An older factory matching respray and clear coating is on straight steel panels with nicely minded gaps all around. A few inclusions are noted, but nothing to detract from the overall beauty of this B-body Mopar. Chrome and trim work is all good and a chrome and white painted spear runs the gamut on the sides and presents itself at the belt line, and does a beautiful job of breaking up the Medium Turquoise steel slabs. A pristine front grille flanked by single headlights on either side and a P L Y M O U T H badge resting on the front of the hood. Take a close look at the side of this car as that B pillar is standing still but looking a lot like its moving forward as it forms a V from the rear glass and back window. Speaking of the roof pillars, bright clean white paint works its way up the steel and bathes the roof creating a wonderful compliment to the turquoise. Square tail lights are on the back along with another clean chrome bumper and there is enough room in the trunk to rent out as a 1-bedroom apartment! 15-inch Weld DragLite wheels are on all 4 corners and looking racy as well, especially with the 29x12.50 Hoosier meats on the back Interior Nearly perfect two-tone turquoise door panels greet us with a swing of either door. A dark turquoise panel is on the uppers and lighter turquoise is on the lower 2 thirds. Within this is an armrest with a medium turquoise vinyl padded topper, a lever door actuator not often seen, a window crank, and the all-important Fratzog emblem. Inside more two-tone turquoise with a darker hue for the tuck and roll inserts and smooth bolsters in a lighter hue for the split front bench and solid rear bench. The front bench is dressed with racing lap belts but the original seat belts are included. The dash and all other panels are original to this machine. It presents as a curved in aluminum panel with a black insert for the rectangular design instrument cluster temp controls are push button and are on the drivers right along with an AM/FM/Cassette radio. A Mopar badged rally style steering wheel sits atop the factory column and has an AutoMeter tachometer strapped to the top. A light turquoise headliner in vinyl is above and shows slight wrinkling on the B pillars but remains tight otherwise, and turquoise carpeting is on the floors and looking great. Drivetrain All clean and green under the hood in the clean engine bay now with a turquoise painted block is a Ray Barton Racing Engines built 440ci high performance engine which is topped with Edelbrock aluminum cylinder heads. It has a Holley 4-barrel carb on top under a pleated top air cleaner covering and below is a Weiand Team G intake manifold. A Frank Lupo Pro-Formance built A727 Torqueflite 3-speed automatic transmission on back, along with a manual valve body and a Frank Lupo 9.5 Dynamic Racing torque converter. An 8-3/4 rear axle weighing in with 4.10 gears spins the tires. Very nice under this hood with no corrosion, supple hoses, MSD ignition and an aluminum radiator to keep things cool. Undercarriage Bottoms up as they say and here we see rust free steel all painted black with some road dirt showing up, but structurally sound. A fairly heavy undercoating but all good and solid underneath that. Independent torsion bar suspension with a later model K-member is up front and monoleaf springs with CalTrac bars are on the rear. Disc brakes are seen on all 4 corners and bolt in subframe connectors are now on to stiffen things up. Silver coated headers rain down from the engine and are attached to a dual exhaust system with Flowmaster mufflers all in 3 format. Drive-Ability My cohort and I fought tooth and nail to drive this one and it turns out we spent the better part of an hour going over this car and driving it. It played well with nice acceleration, quick bias free braking, and good handling. All functions were working as they should, and the interior presents as nearly showroom. A beautifully performed build with some massive power under the hood in the form of a beefed 440ci V8. A really nice interior looking just like the original would have looked, and in snappy two tones of turquoise and white. A not oft seen example gracing our Hallowed Halls here at Classic Auto Mall ripe for the picking. 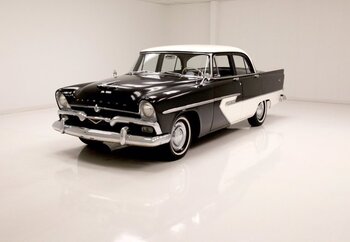 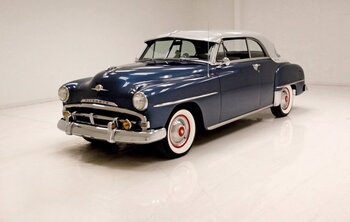 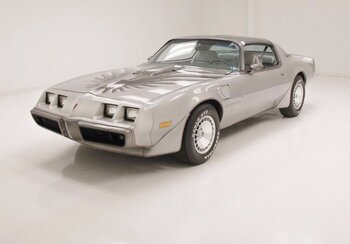 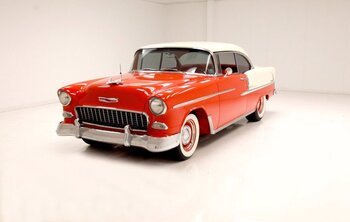