(Please call for an Appointment First as this Beauty is in Our Storage Facility)
This 1964 Series 1 E-Type OTS in finished in a Special Order Color of Opalescent Golden Sand. Our shop calls this car Sandy. Chassis #881468 this car was Manufactured in April 1964 and was delivered to New York N.Y. to her first owner in late June 1964. This car remained in an original and very kept state for over 35 years. Then changed hands and moved to Massachusetts where it stayed up to 2016 where it was finally restored to its present condition by us here at Motorcars Incorporated. This car always was a driver and never was out of service. The car was painstakingly restored with only one thing in mind and that was to try to create a car that doesnt appear overdone. All the finishes, preparations and materials were used to appear totally as it was built. The entire motor was completely rebuilt and balanced, all new bearings, a complete refurbishment of the cylinder head, a new clutch and a Synchronized Series 1 1966 Transmission was installed. The car also comes with the working order Original Moss Gearbox which is detailed and comes with the Sale of the car. See pictures of the Transmission and cover all matching numbers. The car was built very carefully because we realized that this car not only is a Matching number car totally, but it has matching build plates and markings on the wiper motor, the water pump and other components to prove authenticity. The pictures show the body tag, the front engine frame number and the head and engine block number also matching the Never Removed from the car Commission Plate. The car comes with the original, never painted.. Hard Top. The Top in very good condition in all aspects but the rear chrome around the Persplex window is not installed because it has to be straightened slightly. This car has the original tool kit that is pictured and complete and the original jack as well. This car was delivered from the dealer with a new set of seats in it that are a late 64 or 65 model. The car also comes with a set of unrestored 3.8 Seats but they are not upholstered. The interior was completely stripped and professionally done in our restoration shop when the car was done. All components, the generator, regulator and original fan motor were rebuilt and they all work as they were new. All gauges and functions of the car all work as they should. This car checks all the boxes.. it has a Special Order Color, it is totally sorted out and reconstructed, it has Show winning quality paint and all the chrome is in show condition. It still has the Original dash cover and we decided to leave it original as it is near perfect. Note in the pictures that this car has the original and near perfect front headlight Triplex lenses, it has a Triplex original Windscreen, it has a Bas Ltd Perfect Custom proper made top. All original Cheney Clamps and hardware were re-plated and reused on this car. Close attention to detail of originality was done in the restoration. The car had all new wheels and Coker Wide White tires mounted, all 5 when the car was restored as well as all new caliper restoration and all new hoses, fluids, lines and all the hardware was checked and replaced as needed. The car being a mid to late 64 car should not have wide walls on it but they look so nice we wanted to put them on. Sandy won her class at the Art in Motion show in Monticello New York in 2018 Sandy won her class at the Lime Rock Historic Concour delegance in 2018 Sandy won her class in 2 of 2 Jaguar Club of North America Concours delegance She has also won many other car shows all around the New England area as well as been Driven in many cause related functions and rallys. The car is supplied with the original Hood Envelope, it comes with the bound copy of all documented pictures, the car comes with the Heritage Certificate and copies of the Title that we have and whatever pertinent paperwork we have will go with the Sale of the car. Including the Original transmission, the Original Hard Top along with the Chrome that we have to go with it.

This IS the car! If you want a 3.8 litre Roadster to buy, drive and show. One that is the absolute one to buy, there is no reason to move to the next car as this is definitely the one! 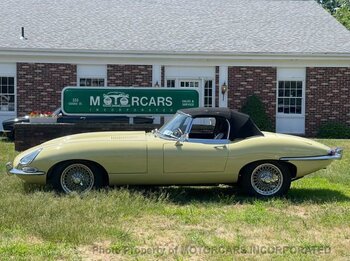 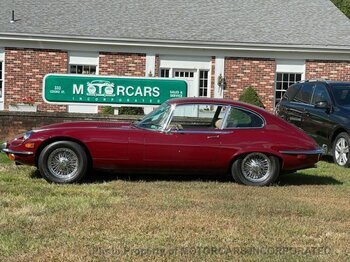 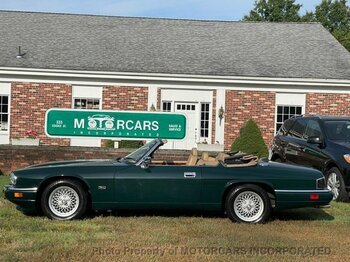 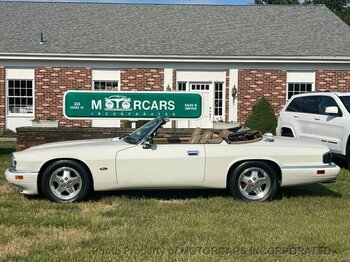