1964 Jaguar XKE E-Type Series 1 Coupe For Sale Stunning 1964, 1st generation, Series 1, matching numbers, freshly restored Jaguar XKE coupe. Having just completed over 2 years in complete restoration this Heritage Certificate Holding, final year of the 3.8 L Jaguar E-type coupe is one of only 7670 ever produced. Poor its Heritage certificate because it was produced in June 1963 and shipped to Jaguar cars of New York from Coventry. With fantastic documentation back until 1971, this car has a very unique and interesting history. Having spent the first part of its life in Florida (I still have its 1974 Florida license plate) where it made its way to Raleigh North Carolina in 1982. The car was taken apart and a restoration began which included rebuilding the original engine, some paint and body work, removing the entire interior, all of the glass, all of the bumpers etc. Due to financial hardship the gentleman who owned it in Florida and brought it to North Carolina sold it at this stage to a local Jaguar enthusiast who stored it in his garage locally since 1984. Unfortunately, the engine was never started and run during the 35 years the car sat in pieces covered in the garage so the engine siezed. I discovered the car and a series 2 OTS in 2019 that the elderly couple had in their garage and arranged to purchase both of them. The car was still in pieces, but intact with boxes and boxes of parts, fasteners, interior panels etc. I decided to do a complete restoration of the car since it was such a rare, matching numbers, rust free example that just needed a whole lot of work. over the last 2 1/2 years the car was disassembled again, engine out, transmission out, differential out and shipped to a body shop for five months of professional bodywork and a stunning paint job. While the bodywork was progressing, Donald Ross, a 30 year plus British car mechanic rebuilt the entire engine with new pistons, rings, bearings, oil pump, timing chain and gears, reconditioned the head, rebuilt the carburetors added a new water pump, replaced the freeze plugs and resealed the engine. While it was out the gearbox was gone through and re-sealed as well. Prior to installation a new clutch, pressure plate and release bearing were installed. During this time I removed the rear differential, rebuilt and re-sealed the differential, added four new shocks, added stainless steel remote bleeder lines, rebuilt the rear brake system from pads to calipers to discs and lines. The car began reassembly in mid 2020 with an entire new interior ordered directly from England to include new headliner, all interior panels, all new seat foams, wood and leather, cargo bay harDura new boot boards, new door panels full carpet set, sun visors and much more.
The interior was installed by the best professional auto upholstery shop in Raleigh taking over four months to complete. The entire brake system was rebuilt from master cylinder to hard lines to calipers and pads front and rear. The hydraulic reservoirs for the brakes and clutch were replaced and a new clutch master, slave and line were added. The cooling system was upgraded to a higher volume radiator and fitted with a 24 inch 13 blade thermostatically controlled fan, a custom fan shroud, a new header tank, all new hoses and connected to the new water pump on the rebuilt engine. The three heater pipes inside the firewall which are known to be problems and all the types were replaced during restoration with brand new stainless steel lines. These were connected to a refurbished heater box with a new heater core, new heater control valve, new heater fan and fan motor as well as all of the heater hoses. The front shocks were replaced with two new specs unit and the tire rod ends well replaced at that time. All new chrome was ordered for the car for front and rear bumpers, windshield Chrome, interior door chrome, rear hatch chrome, rain gutter chrome as well as all new light fixtures on the outside of the car with new lenses and seals. Any parts that were not replaced were sent out and professionally replated such as the glass headlight retainer rings, the upright pillars on the windshield the sunvisor chrome arms, etc. During installation of the engine a high torque starter was added as well as a new battery, battery tray, battery cables and battery disconnect. All of the original triplex glass from windshield to boot glass to headlight glasses was cleaned and reinstalled. With the car reassembled 4 new Vredestin Sprint classic tires were purchased and added to four new Dayton 72 spoke chrome wire wheels. Recently tuned with new plugs, wires, cap the car has been driven less than 50 miles since completion. Also all of the weatherstripping on the car was replaced as well as the metal trim on the console, the glove box, the exterior door handles and the choke lever, cable and escutcheon on the dashboard. Overall this car is an exceptional example of a rare, completely professionally restored with an amazing paint job, brilliant chrome and in stunning colors. Exterior color: Opalescent Maroon Interior: Biscuit Leather Mileage: 77400 Vin Number: 888743 A very rare opportunity to own a professionally restored 1964 Jaguar XKE E-Type Series 1 Coupe For Sale that will turn head wherever you decide to go... For sale by dealer, and located in North Carolina
WeBe Autos Specializes in Marketing and Advertising Muscle, Classic, Vintage and Specialty Cars. We offer Professional Photography, HD Movies, and Staging that Sells Cars. Let us showcase and sell your specialty car. Please visit our website for more details. Keep in Touch, Michael Runnalls Specialty Car Marketing & Media WeBe Autos Ltd. Long Island, NY 11780 Michael@WeBeAutos.com www.WeBeAutos.com (O)631-339-0399 (C)516-729-2003 Skype: webeautos (F)631-389-2605 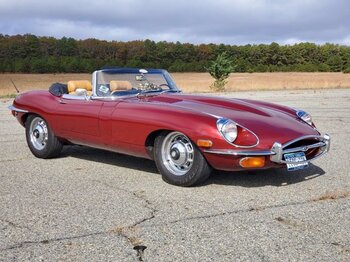 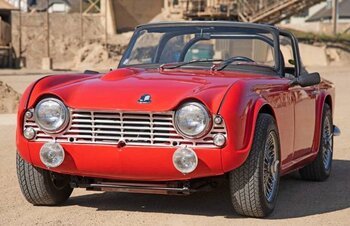 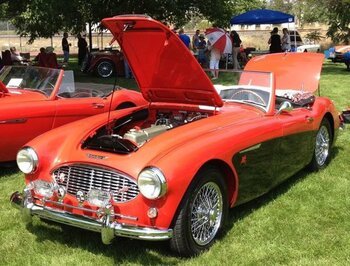 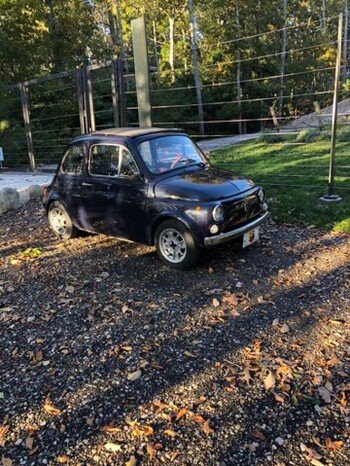