The 1964.5 Mustang was first introduced on stand at World'sFair in New York City on April 17, 1964. That was virtually 1 month after thefirst Mustang rolled off the assembly line, but as a Marketing Genius Ford was itwas also the very same day cars arrived at Ford dealers. The wowed the publicand took off like a Wild Stallion. Coded as 1965’s there were a small handfulbuilt and offered in 1964 and coined the name 1964 and a half Mustangs. Among Collectorsthese are some of the rarest and most sought-after version of the breed. The 1964.5’scame with certain rare unique options and differences which can differentiatethem form the 65 models and Collectors know this !!!  Most importantly is the designation of a D Codein the Vin for its V8 289, other tell tell signs are Generator equipped vs Alternatorsome other small features under the Hood and Styling ques…  After six weeks on the market, the FordMustang was the best-selling compact car in America. By April 17, 1965, Fordhad sold just shy of 419,000 Mustangs.

This Particular vehicle was previously owned by the SpaldingSporting Good Company Family as stated by its current owner. The vehicle was alwaysa California Car and is in sweet, solid original sheet metal configuration. Asa trained and knowledgeable eye looks around the car you’ll notice stampings, codingsand many original features attesting to its babied well cared for life. The carunderwent a recent Restoration to the highest standard with  some upgrades added to improve its drive, styleand usability. In an exhausting effort to not take away from its Highly Collectibleand Value and Original Condition the car was given a face lift. Willwood Allwheel Disc Brakes were added with Power , Hotchkis Suspension components were upgraded,New wheels and tires, has Power Steering for ease of Driving, GT style lights andwe still have the original grill if one would want it back,  but keeping true to its most original andnoted worthy features  it still retains itsoriginal generator. The vehicle is Finished in a high quality paint job in it OriginalColor the most Iconic Poppy Red code 3 and 86 Code Black with Black interior. Thevehicle matches its original DATA Tag and is correct all around.

I have driven this car many times to local shows and eventsand always  gives  a head turner jaw dropping arrival and Thumbsup departure. It’s a Highway cruiser and handles better then new always startsand runs Fantastic. You will not be disappointed in this Rare and sought-after firstgen Mustang. Original 289 V8 with 210 HP and Automatic trans,  this vehicle has a very rare option of a PowerTop fitted in white, among its additions of Safe drive wise upgrades this 1964and a half Mustang is the one to own and cherish, you will not find another likeand you can enjoy it for a variety of events, around town, up and down the coastwith no hesitation.  Simply put the caris a Dream to drive!!! 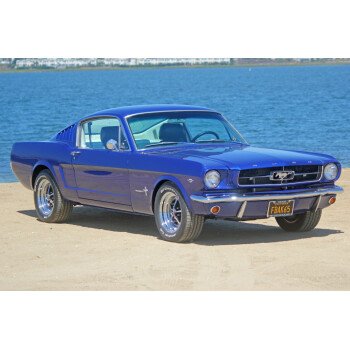 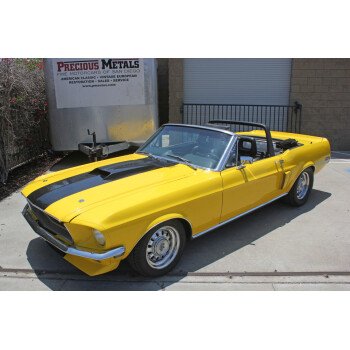 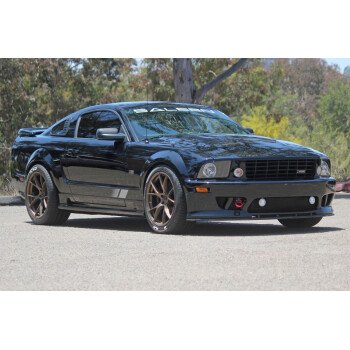 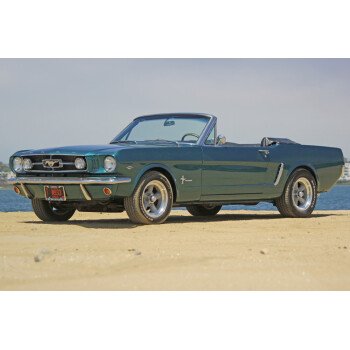