1964 Ford Custom For those of you who used their formative years to educate and mostly entertain themselves with the boob tube, you were probably catching an episode or two of Andy of Mayberry. A number of awesome cars were featured in the Andy Griffith Show over its nine year run, but Griffiths squad cars were always Ford Custom sedans. Fords were increasingly featured as the show reached its later years, undoubtedly because of a sponsorship from the Ford Motor Company. For consignment, a 1964 Ford Custom born and raised in sunny and dry California. Not near as fancy as the Galaxie but retaining all the same lines and in this writers opinion, less is more and always looks better. It now presents in above average condition with few faults, modern fuel injection, and no rust ever. Exterior Phonecian Yellow in a respray, covers straight steel panels, and good gaps. The metal is near perfect with no signs of heavy applications of body filler or panel replacement. The paint is shiny and deep and is highlighted by a trio of chrome escutcheons that lead on the front quarter panel and add some jet age mystique. The large slab steel sides are sans and brightwork or trim but still show nicely with all of the intricate bodylines impressed into the miles of sheet metal. In front of the downward turn on the rear quarter, is a simple Custom badge in your grandmothers script. Dual front headlights within a well preserved egg crate and triple beaked grille sits just above the front bumper which is very nice. As we move to the rear, round jet engine style taillights have beautiful bezels and a simple ribbed center mimicking the tail cone of a rocket. Simple FORD block letters are on the rear below the trunk, and below is a nicely preserved rear bumper. Not to be forgotten are the utilitarian black steel wheels with dog dish caps and blackwall radial rubber. Interior With a swing of the door we greet a simple beige textured vinyl door panel which provides the backdrop for the highly polished window cranks and door actuator. A torn black armrest is also noted on the drivers side. The front split bench is a mix of tweed cloth inserts and smooth beige bolsters and we see very clean lap belts installed. The rear bench copies this style. A very clean and shiny original dash and steering wheel are noted as well an aftermarket tachometer below the dash. The instrument cluster has a beautiful white face, black lettering styling to it, and we see an aftermarket AM/FM/CD player in the center. Black carpet floods the floors and a nice tight headliner, appearing original, is above all the passenger compartment. Bringing our attention briefly to the trunk it has its checkered vinyl liner and a spare and jack neatly tucked away in the front of the trunk. Drivetrain Clean and well restored surfaces are seen under the hood, including the 302ci V8 crate engine which is dressed to the nines with wrinkle finish valve covers and a Ford Racing air cleaner assembly. This crate mill is fed by FiTech electronic fuel injection and has all its supporting parts within the bay. A C4 3-speed automatic is bolted to the back to shift the gears and way back is a 9-inch 3.00 TracLoc rear axle. A shout out to the aluminum radiator and electric cooling fan for keeping temperatures in check and also to the added vacuum pump to assist with the power brakes. Undercarriage Some surface rust for the usual suspects, but the car maintains structural integrity with a rust-free frame, rockers and floor pans. Lowered independent coil springs for the front, and leaf springs with lowering blocks for the rear suspensions, as well as power disc brakes are all around. Headers feed into Flowmaster mufflers to create a melodious exhaust note. Drive-Ability As expected from a car in this condition, she fired right up, and after slipping the selector into drive took off smoothly. This car is a great large cruiser, smooth ride, and no creaking or squeaking when turning the corners. A pleasure to drive, especially with the added horsepower of the injected V8 and the stop on a dime disc brakes. Barney Fife eat your heart out! Reminiscent of the space race and inspired by the jet age that was coming like a jailhouse on wheels. This futuristic styled large and in charge car, now a bit racy with fuel injection and a hopped up crate motor is here for the taking. If Barney Fife had this as his patrol cruiser, hed be nipping all the Mayberry speeders in the bud... VIN DECODE 4J53C149471 4-1964 J-Los Angeles, CA Assy Plant 53-Ford Custom 2 Door Sedan C-289ci V8 2bbl 149471-Sequential Unit Number WARRANTY TAG BODY 62E-Ford Custom 2 Door Sedan COLOR R-Phoenician Yellow TRIM 34-Beige & Pale Beige Bar Dot Fabric & Crush Vinyl DATE 28B-February 28th Build DSO 71-Los Angeles AXLE 1-Ford 9 3.00 Conventional TRANS 4-Cruise-O-Matic 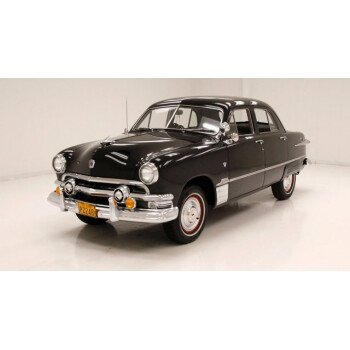 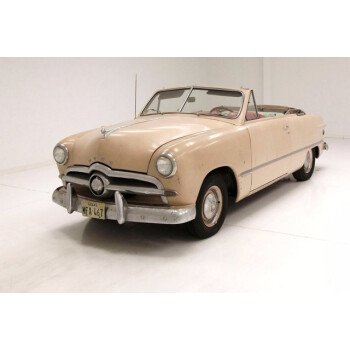 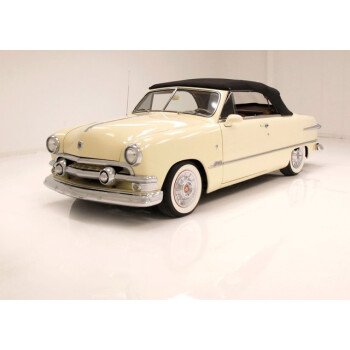 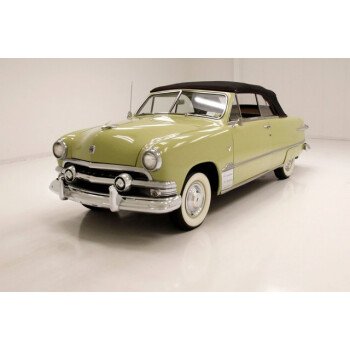