Back in the early 60s, if you wanted to buy a turn-key racecar from your local Dodge dealer, it would look a lot like this 1964 Dodge 330 Super Stock Clone. Of course, the full-race lightweight machines were incredibly rare, but the guys who knew their hardware also knew that when they saw a car that looked like this industrial-strength Mopar, they should probably steer well clear of it lest they get badly hurt. This tribute bruiser features a chest-thumping 426 Street Wedge V8, dual Holleys atop a cross-ram intake, and a quick-shifting 4-speed gearbox all stuffed into a slick red-on-black package. Many consider these early B-Body Mopars to be the very first muscle cars, and what better way to pay homage to that pedigree than with a Super Stock clone like this? In the mid 60s, Mopar had an amazing racing program with unrivaled results out on the track with their Ramchargers and Super Stocks. Whether you bought a 426 Max Wedge from the factory, or one of the very lucky few that scored a genuine Super Stock HEMI complete with aluminum front end, showing up to the drag strip in one of these Mopars meant you were going home with the fastest quarter times. Finding one of those genuine Super Stocks is all but impossible these days, and when they do come up they sell for mind-blowing figures a truth that seems rather incongruous to the very nature of the original cheap thrills of Mopar racing. Hence, a robust tribute community has been born, and cars like this original 330 6-cylinder are given the NHRA-style treatment. Make no mistake, this no-nonsense 330 carries a genuine Wedge-head V8 built with Stage II internals, a more user-friendly version of the full-race piece. It also offers the same bare-knuckle street fighter look that screams high performance in a very low-key way. The bodywork is super straight, almost like it rolled out of the factory just a few years ago, and it shows off the work of guys who knew their stuff. It has been refinished in a Code P Ruby Red, so maybe its not designed to be subtle, but even in red, most guys wont know whats coming until its too late. Chryslers turbine look was in fashion in 1964, and they retained all the chrome and stainless trim on this one to enhance the sleeper look. To guys who know what theyre looking at, this car is gorgeous. As for everyone else, well, dont say we didnt warn you. Just because it was built to pound the pavement doesnt mean it wasnt also comfortable and stylish inside. With big-car comfort and sporty twin buckets flanking an almost intimidating Hurst shifter, it balances just the right amount of flash with no-nonsense attitude. The interior is in excellent condition, with nice seat covers, plush black carpets, and a straight dash full of modern upgrades. Most notably, the original gauges have been swapped in favor of a set of aftermarket Mopar instruments arrayed just ahead of the driver. The big tach practically taunts you with its lack of a red line, and the odometer does indeed reflect the miles on this Mopars build: a scant 2,464. A cue-ball topped Hurst 4-speed emphasizes the no-nonsense racing vibe and the vintage-looking steering wheel has a wood rim that feels really good when youre holding on for dear life. In the spirit of stripped-down Super Stock racing, there really are no options or amenities inside (including the lack of a rear seat), although you do get lap belts, neatly stitched door panels, and finished black headliner above, so the car certainly feels a lot more finished than most early dragsters. Out back, the giant trunk houses an aluminum fuel cell and relocated battery, but it too has been neatly finished with matching red paint and a plaid mat. The engine under the big scooped hood is 426 Street Wedge V8 with correct heads, professionally built with Stage II forged internals akin to the 1964 models. Not related to the Hemi, it nevertheless was one of the most feared powerplants on the streets in the early days of the horsepower wars. Its a blistering big block thats been built for battle and set-up similar to the original dealer-ordered cars, topped with dual Holley AFB 4-barrels atop a cross-ram intake, an 8 qt. oil pan, and factory cast-iron headers that have been ceramic coated and really glisten against the orange block. Theres also a mini-starter, full MSD ignition, billet distributor, a serpentine belt system driving the polished and detailed accessories and fresh wiring, plumping, and components everywhere you look. Twin orange air cleaners match the block and the firewall and inner fenders were stripped down and painted to match the body, meaning the engine bay is ready to be shown. An aluminum water pump and 5-core radiator keep the big block cool, and its matched to a quick-shifting 4-speed gearbox thats a perfect dancing partner, spinning a new 3.25 Sure Grip rear end. Underneath the quality of the restoration really shines, with neatly detailed stain black pans and axles, and several new components like the driveshaft, frame connectors, and shocks. An H-pipe dual exhaust system is equipped with aggressive Flowmasters and youd better believe this sucker sounds nasty when those electric cut-outs are deployed. US Old Style Mags finish off the killer look, wrapped in fat 215/70/15 front and 275/60/15 rear BFGoodrich radials to round out the package. A fine tribute to one of the earliest and most vaunted muscle cars, this freshly built Super Stock clone is ready to rock your world. Call today! 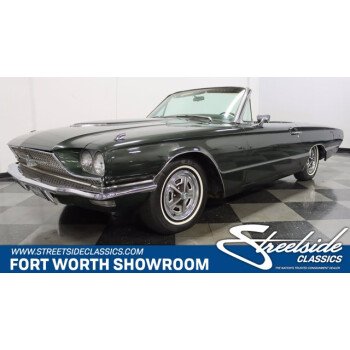 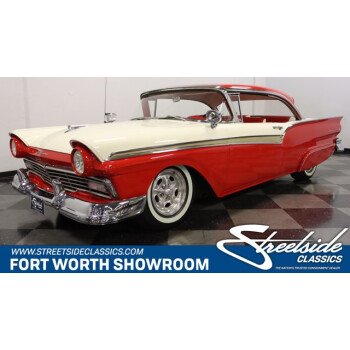 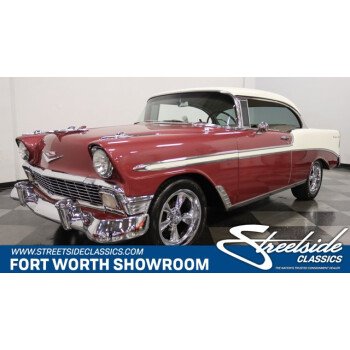