1964 Cadillac Eldorado. Rotisserie restored .This car has had a documented (Ill include some album pictures) frame off restoration It is a multiple winner at national concours events including Cadillac Grand Nationals where it has placed first in the Primary Class and subsequently won its Senior Badge at 97 points. She is restored in her original color of code 97 Firemist Saddle (gold). The interior is original to the car with only slight wear and is perforated. The bucket seats and console make this car more desirable and rare. The white top works perfectly and the tires are new. I have another album of receipts that will accompany the sale as will the major trophies and awards. This car also has its a AACA badge and invited this May to the annual Keels and Wheels Concours d Elegance where she was judged by Kip Wasenko, lead GM designer from 1997 to 2007 and Bill Warner, Amelia Island Concours Founder. She received First Place in the division and Best In Show in her class. I am a restorer of 1954-1964 Cadillacs and a national judge for the Cadillac and LaSalle Club and a 63-64 CLC member. I have only seen 2 or 3 1964 Eldorados that could rival this car. Less than 1,900 were produced in 1964 and only a few hundred remain today. 1964 was the first year for the venerable 429 cid engine and the African wood inlays, the last year for the fins, and the Eldorado only rear quarters without the troublesome fender skirts. The car came out of Connecticut and I was told that Wayne Carinis father helped out during the restoration. I judged the car at its first CLC Grand National in 2014 and kept up with it until the owner decided to sell it to me a couple of years ago. I will guarantee that if you purchase this car, you can save on shipping as you can drive it home to any place in the U.S., Canada, or Mexico. In summer time parades here in Texas she never overheats and I have converted the ignition to Pertronix in order to eliminate any worries. 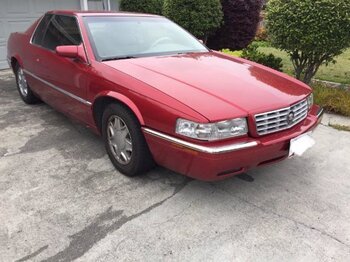 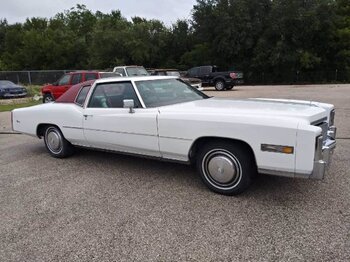 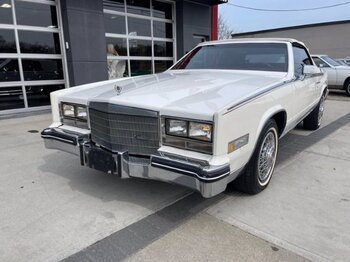 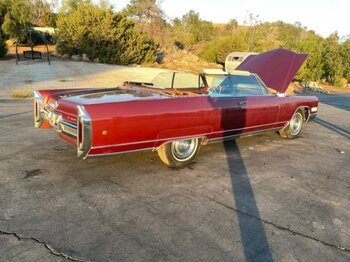