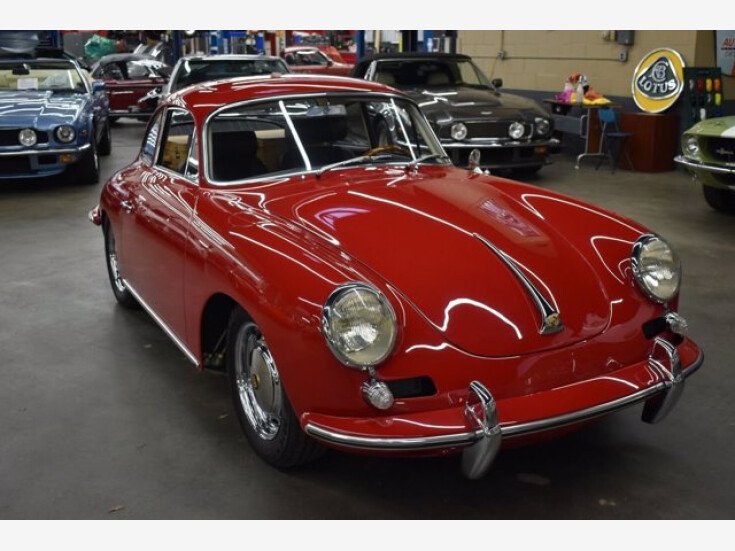 -Ruby Red over Black leatherette interior with Black Corduroy inserts, Black German Square Weave carpeting, Restored, Uprated 2.0 liter 587/2 GT engine with 160bhp (the very first GT engine), 4-speed manual gearbox, Rare Factory Electric Sunroof, Porsche Kardex, Custom fitted luggage. Factory options include: Electric sunroof, Antenna, Chrome wheels, Chrome luggage rack (removed in restoration), Cocoa fiber floor mats in Black, 2 pairs of safety belts, Phoenix tires, Skai-Dur suitcase (fitted luggage). At the Frankfurt Motor Show in 1961, Porsche announced the new T-6 body style for the 356 model. Updates included larger windows, a new engine cover with dual grilles, a bigger front hood, a revised fuel tank, enhanced luggage capacity, a new dash with standard clock, variable speed wipers, better seat adjustments, door armrest, and a day/night rearview mirror. Porsche also introduced the optional electric sliding sunroof. Visually very similar to the 356s on which they are based, Carreras offered Porsche customers sporting but comfortable accommodations with performance-oriented gear ratios and most importantly, special engines. Carrera 2s are not only very rare, but very special having the two liter, four-cam GS engine pushing 130 bhp. Road & Track tested the Carrera 2 in 1962 and proved a 0-60 time of just under 9 seconds for the 2,220 pound Carrera and hitting a factory advertised 126mph. The Carrera 2 also came equipped with independent front suspension with torsion bars, anti-roll bar, trailing arms and telescopic shock absorbers, independent swing axle rear suspension with torsion bars and telescopic shock absorbers, and disc brakes. This Ruby Red Carrera 2 was later installed with a Carrera GT four-cam engine producing 160bhp. Only 31 of these 587 Type 2 GT engines were installed in 356s and this Carrera 2 has the very first GT engine produced. Originally delivered new in Munich, Germany, to Dr. Werner Muller, this Carrera 2 then found its way to Southern California. Found by vintage racer, Wayne Baker in the late 1980s, he sold the car to his friend, Victor Wild, also in Southern California. Victor embarked on a multi-year restoration to bring this Carrera to better than new specifications. Every piece was removed and refinished to the highest standards. The entire body was brought down to bare metal where no rust was found and the 356 still had its numbers matching body panels. Pieces were sent to 356 specialist, Victor Miles in Ventura, CA to ensure everything was perfect before reassembling the car. The interior was redone with original Black leather with its Black corduroy inserts and the rare factory luggage was replicated. Having sourced the 587/2 GT engine, this Carrera 2 is one of the fastest and smoothest 356s you will find. As one of 310 produced, this rare Carrera 2 sunroof coupe is finished in its original livery. The body, paint, and interior are in excellent condition and it has been extremely well-maintained regardless of use in its most recent collector ownership. It is complete with its Kardex, and service history file. This Ruby Red Carrera 2 is ready for immediate and dependable enjoyment and is an excellent opportunity to acquire a restored and fast 356B with desirable options for the 356 enthusiast. 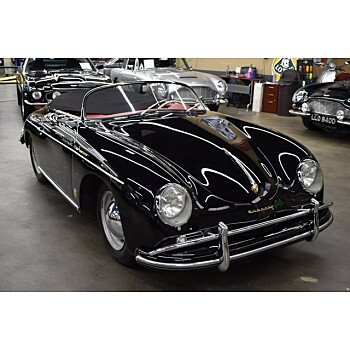 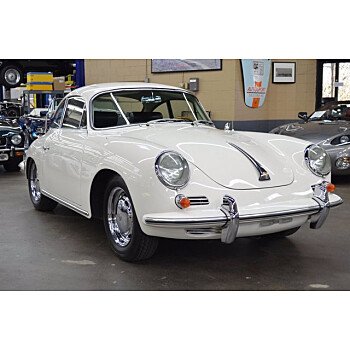 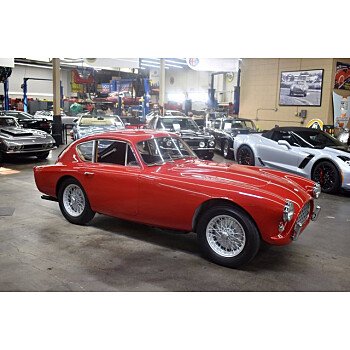