The Lancia Flaminia named after the Via Flaminia, a road leading from Rome to Rimini was produced from 1957 to 1970. It was Lancias flagship offering and replacement for the Aurelia. It was available as a convertible, coupe, or saloon and the bodies were styled and built by various Italian carrozzerie including Pininfarina, Touring, and Zagato.

Carrozzeria Touring built Flaminia bodies from 1959 to 1965, initially offering a two-door coupe badged as the GT. By 1960, a convertible was introduced and in 1963, a 2+2 coupe called the GTL completed the Touring model line-up. For the 1961 model year, the Touring Flaminia received the 3C specification upgrade of triple Weber carburetors, with the 2.5-liter Lancia V-6 generating an impressive 140 brake horsepower. Just a year later, a larger 2.8-liter powerplant was introduced with an additional six brake horsepower

Completed in January of 1964, according to the Lancia certificate of origin on file, the Flaminia GT convertible on offer features the 2.8-liter triple-Weber-carbureted iteration of the famed Lancia V-6. While little is known of the cars history, service and refurbishment has been provided under Gene Ponders ownership. In August 2018 an invoice on file details a complete exterior respray, and in April 2021, the carburetors were removed from the engine and rebuilt.

Today, the exterior is finished in an attractive shade of dark blue and all four corners are fitted with Borrani wire wheels. Out back, a quartet of Monza exhaust tips provide a soundtrack which encourages anyone behind the wheel to explore the upper limits of the rev-range. The sanguine red leather interior is complimented by two large Jagaer gauges, a Blaupunkt pushbutton radio, and a thin wood-rimmed steering wheel. The extensive use of leather and chrome trim complete a delightful mid-century design.

The Lancia Flaminia GT Convertible epitomizes everything great about the Italian motor industry in its era. Exquisite lines, a well-appointed interior, and a legendary engine work together to create a tantalizing driving experience. Now is the opportunity to get behind the wheel of this wonderful and rare automobile. To view this car and others currently consigned to this auction, please visit the RM website at rmsothebys.com/en/auctions/gp22. 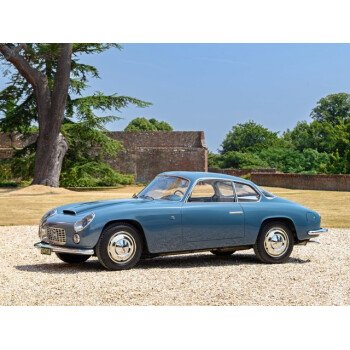 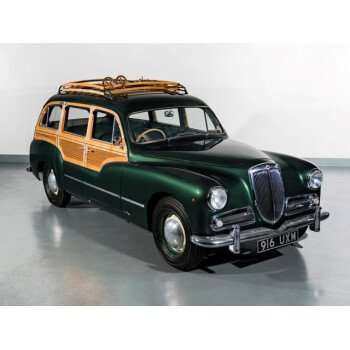 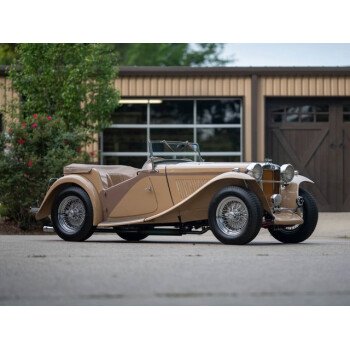 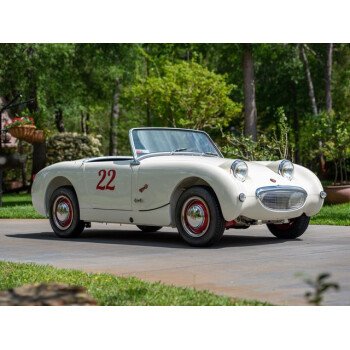