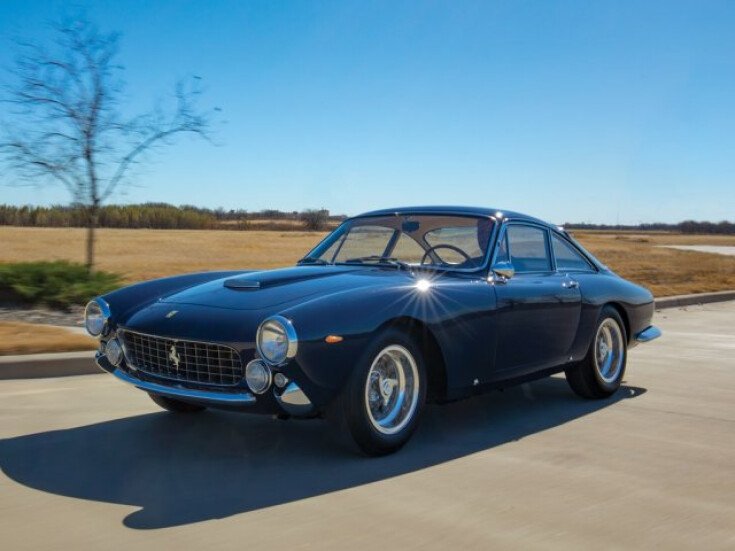 The Ferrari 250 GT/L berlinetta, simply known as the Lusso, is without a doubt one of the most successful and visually arresting grand touring cars ever built, as the apogee of the 250 GT platforms mechanical development and claiming a sporting exterior that is aesthetically among the most acclaimed designs of all time. Introduced at the 1962 Paris Salon as a replacement for the 250 GT coupe, the Lusso (Italian for luxury) featured an all-new interior arrangement highlighted by a revised dash panel and leather upholstery throughout the cabin.

Mechanically, the type 168 U engine was the ultimate 3-liter development of the long-running short-block Colombo V-12, featuring the outside-plug ignition and single-cylinder porting that had proven so successful in the 250 Testa Rossa and California spider racing variants. This fantastic base was further bolstered by chassis improvements including four-wheel disc brakes, a suspension with coil-over shock absorbers at each corner, and a rear Watts linkage that had been perfected on the legendary 250 GTO.

Scagliettis realization of Pininfarinas body design proved to be one of the coachbuilders most beautiful creations yet, with classic early cues like the egg-crate grille and delicately curved fenders giving way to long glass proportions and a fastback Kamm tail. Originally owned by jet-set luminaries and celebrities, such as Steve McQueen, the Lusso was built in a modest quantity of just 350 examples over roughly two years of production. The GT/L has since evolved into one of Maranellos most collectable production models, essentially the final and most developed evolution of the revered 250 GT lineage.

This matching-numbers mid-production Lusso benefits from 48 years of single ownership by one dedicated caretaker, culminating in a boutique restoration that drew Platinum Awards at the Cavallino Classic on two different occasions. According to the research of marque expert Marcel Massini, chassis no. 5183 GT is the 152nd example built and was dispatched to Scaglietti for coachwork in September 1963. Originally finished in Verde Scuro (dark green) and appointed with a beige leather interior, the car completed factory assembly in mid-November specified as a left-hand-drive example for the European market with instruments in kilometers.

The Ferrari was immediately distributed to M. Gastone Crepaldi, the well-known marque dealer in Milan, and was soon sold to an unknown buyer. Sometime over the following seven years, the 250 GT was exported to the United States, and by 1970 the car was owned by Alan Croxford, the owner of a television repair shop in Hopkins, Minnesota. By this point the car had been refinished in traditional Rosso with a black interior. Mr. Croxford had the brightwork re-chromed and fitted new Dunlop wire wheels, new brakes, and a new exhaust system before offering the Lusso for sale in 1972. The car was then sold to Allan Pray of nearby Minnetonka, whose family eventually retained possession for a remarkable 48 years.

During the late 1970s, Mr. Pray commissioned a repaint and re-upholstery of the interior, while the engine was overhauled and the suspension was rebuilt. The owner fastidiously maintained the car while enjoying it on rare occasions, accruing very little mileage. In the late 2000s, Pray commissioned a comprehensive two-year refurbishment by the respected Bob Smith of Gainesville, Texas, whose restorations have been awarded at prestigious venues around the world. Mr. Smith completely rebuilt the engine, gearbox, suspension, brakes, and rear differential, while all the glass, chrome, and seals were refreshed. The coachwork was bare-blasted and repainted in a deep finish of medium blue paint, and the interior was retrimmed in supple beige leather.

The Ferrari was then presented at a handful of important events, starting with the Cavallino Classic in January 2009, where it won a coveted Platinum Award. In August 2011 the Lusso was displayed at the Rolex Monterey Motorsports Reunion at Laguna Seca, California, and in January 2019 the car returned to the Cavallino Classic with a number of small corrections to factory standards, resulting in another Platinum Award.

Currently displaying 22,055 kilometers (13,704 miles), this stunning Lusso is accompanied by a complete tool kit and owners manuals, and it would make a fantastic complement to any collection of sporting grand touring cars. The 250 GT continues to feature its matching-numbers body and type 168 U Colombo V-12 engine. Restored to a very high standard, 5183 GT is undoubtedly a superlative example of one of Maranellos most acclaimed models, offering driving enjoyment or future competitive display at top-tier events and marque gatherings.To view this car and others currently consigned to this auction, please visit the RM website at rmsothebys.com/en/auctions/am20. 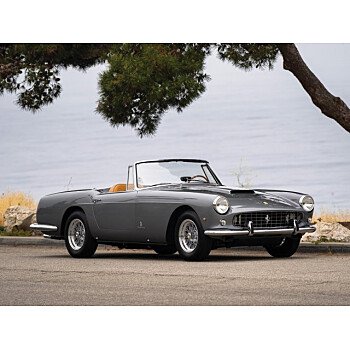