Chevrolet introduced the Chevy II for the 1962 model year as a compact car to complement the Chevrolet Corvair. Three trim options were offered including the 100 Series 300 Series and Nova 400 Series. A short-lived 200 Series was also available but discontinued nearly immediately. Body styles included a two-door coupe four-door sedan convertible and station wagon. It used semi-unibody construction with the front section joined to its unitized cabin and rear section and clothed with squarish styling. Many of the components were bolted-on for easy replacement including the fenders.The styling introduced for 1962 continued through 1965 followed by an extensive restyling for 1966 with sharper edges sourced from the Super Nova Concept car. The Chevy II nameplate was dropped after 1968 with Nova becoming a model rather than a trim designation. The Nova was replaced by the Chevrolet Citation for 1980 but returned in 1985 and produced through 1988. The 1963 Chevy II received minor exterior changes. Inside it received new upholstery and trim. Between the Chevy IIs three series the 100 300 and Nova 400 there was a total of 10 body styles. Our light Blue Chevy II is a wolf in sheeps clothing! What appears to be a sedate vehicle from Grandmas garage is actually a lightweight bullet with a potent 327 V-8 small block under the hood and backed by an automatic transmission! So if you are into surprising your fellow motorists at the local stop lights and if they are sharper than they look you may get over on them three or four times before they are on to you.But what fun you will have until the catch on. And not only is this little rocket a performer shes no slouch in the looks department either. Featuring a very nice stock appearing blue interior the bling factor really hits hard once the chrome items under the hood are revealed! This little 63 Chevy II has a lot of surprises! Our little Chevy II is going to appeal to a lo of different types of auto enthusiasts. So we dont expect a long relationship between our staff and this very cute new consignment. If there is any possibility that you may want to own her Please call your Classic Car Dream Connection at Gateway Classic Cars in Kansas City and we will be happy to provide you with the documents required to make this super fun driving machine yours! Our KC hotline is (913) 815-1340 or to view this beauty in greater detail including 100+ HD pictures @ gatewayclassiccars.com and choose the Kansas City Showroom. 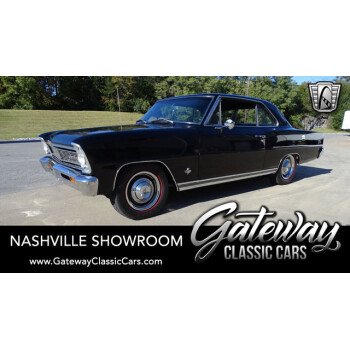 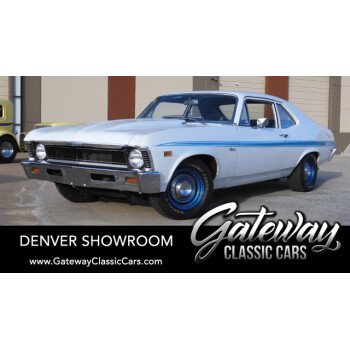 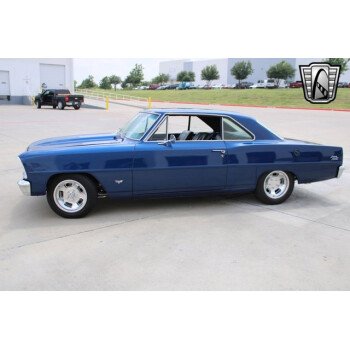 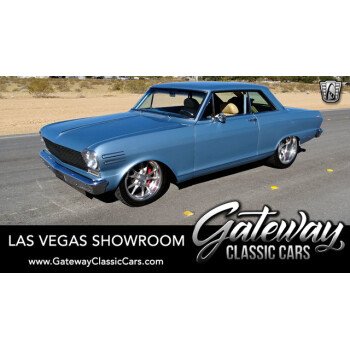